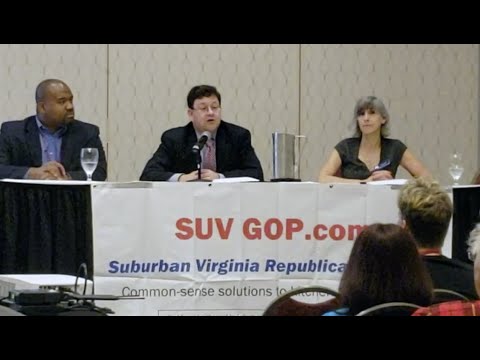 Should Virginia Republicans Have One Message for Suburbs and a Second for Rural Virginia?

It should be obvious, but apparently not, that it is to try to encourage thought, discussion, and deeper analysis that I write about the slow-motion collapse of Republicans in Virginia since 1994.  Clearly my political analysis is not necessarily the views of The Bull Elephant.  Over the last 4 or 5 years, I have seen more commentary at TBE from the opposite political philosophy to mine (not so much lately) and I assume that if anyone wants to add to the conversation from a different perspective, that the dialogue from all sides will be welcome here.

However, one of the major issues for Virginia Republicans is the push to cater to “the suburbs” and the creation of an organized effort of a “Suburban Republican” organization.  The most compelling aspect of the focus on the suburbs is once again the assertion of assumptions as if the dogma were fact.

And that is why digging deeper and thinking more clearly, going beneath the surface, is vitally important.  So let’s continue a conversation about whether Republican should have a separate, different, special outreach to the “suburbs.”

First, do we really want to have – prominently advertising it — one face for Virginia Republicans in the suburbs and a second Republican face for rural communities?  (Note how these self-proclaimed political experts have implicitly written off the cities entirely.)  Is that really the solution?  Is that really the best these “We are smarter” politicos can come up with?

Second, these ideas are just proclaimed to be true.  My number one objection to any movement on any topic is when something is just assumed to be true, but not examined with care.  Republicans are expected to fall in behind the parade because we are told that suburban voters want something different than rural voters.

There are more hard-core conservative voters in Fairfax County in total numbers than in almost any rural Virginia County.  (Fairfax alone is bigger than eight states.)  In fact, a good chunk of the entire national leadership and staff personnel of conservative organizations lives and votes in Fairfax or Loudoun Counties.  So if there is something special about the suburbs, the mystery remains unexplained.

Third, Virginia Republican candidates have been doing poorly in the suburbs.  Could it be that the Republican Party of Virginia just doesn’t know how to win elections?  Could Republican leadership in Virginia simply be failing?

Tim Hannigan found when he took over as Fairfax County GOP Chair that about half of all Fairfax precincts had no GOP precinct captain.  Many precinct captains are only inactive names on paper.  Could such long-term failings of the establishment (pre-Hannigan) GOP be a reason for poor Republican results?  Naaahhh.  Let’s find an explanation that does not involve taking responsibility.

Let’s say you ran a national franchise.  To steal from my beloved economics professor at the University of Florida, let’s say you run “Burger President.”  (It’s more democratic than a king.)  Sales of hamburgers by local Burger President franchises in Oklahoma are excellent.  But sales are poor in Virginia.  Would you conclude — without evidence, mind you – that Virginians don’t like hamburgers?  Or would you explore the possibility that the Burger President franchise owners in Virginia don’t know what they are doing and are just doing a bad job?

This unproven article of faith is passionately embraced by the experts, yet never proven true in the real world (even though the establishment attacks conservative nominees to make sure they lose).  Liberals since before 1964 have been trying to make the GOP a pale echo of the Democrat party.  There has been a civil war within the Republican party for at least 50-60 years.  “There’s not a dime’s worth of difference between the Republicans and Democrats” was not a compliment, but an indictment.

Reagan had smashing successes running on a philosophy of “bold colors —  no pale pastels.”  Reagan’s electoral success was built on Phyllis Schlafly’s book of offering voters “A Choice Not an Echo.”  In other words, we had this conversation before, and the thesis lost.

If we have two Democrat parties, why would anyone vote for the watered-down imitation?  Why would anyone give up their Saturday to volunteer for a party that stands for nothing?  Trying to soften Republican beliefs to appeal to supposedly liberal demographics was put to the test.  The liberal Republicans lost that argument… and big.  And yet we learned nothing.

As Randal Graves explains at the Delaware Insider, “The question the GOP endlessly seeks to answer is this: how can we please the Democrats today?”  But is there something about Virginia suburban voters that are less interested in taxes, limited government, law and order, patriotism, putting our country first, enforcing the law including on immigration, fiscal responsibility, etc.   And if a “Republican” is not prepared to passionately explain and defend those positions, why not just become a Democrat?

Now, if you have a negative perception of who conservatives are and what they believe and do, well then sure.  If an establishment Republican hears the sound of banjos and has flashbacks from the movie Deliverance every time they hear the word conservative, well of course they want to show:  “Oh, I am not like those Republicans.  We are different.”

Sixth, what do we mean by “the suburbs?”  Doesn’t matter.  If the “suburban Republican voter” project truly is just the latest effort to fool people into turning the Republican Party into a pale echo of the Democrat Party, then there is no need to be specific.

Is Prince William County – where hard-core conservative Corey Stewart won election after election – “the suburbs?”  Is Fredericksburg the suburbs?   Plenty of unlucky people commute to D.C. from Stafford or Fredericksburg.  How about Warrenton?  To my shock, I learned of people who commute even from Warrenton to the nation’s capital.  Vague, ill-defined concepts set off alarm bells for me.

Should Virginia Republicans Have One Message for Suburbs and a Second for Rural Virginia? was last modified: July 26th, 2020 by Guest Contributor Jonathon Moseley