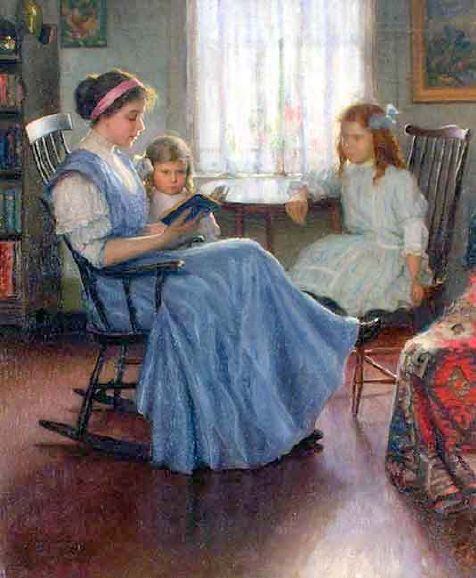 Should We Ban Bedtime Reading to Children or Simply Ban Families?

An idiot professor in England, Adam Swift, believes children with a parent who reads to them have an ‘unfair advantage’. [read_more] While he believes this bedtime ritual is beneficial for families he also believes they should feel guilty for doing it,

â€œI donâ€™t think parents reading their children bedtime stories should constantly have in their minds the way that they are unfairly disadvantaging other peopleâ€™s children, but I think they should have that thought occasionally,â€

Professor Swift also suggests it might be a good idea to ban the family to ‘level the playing field’, but then admits parenting child is a good idea.

â€œsimply abolishing the familyâ€ as a way of â€œsolving the social justice problemâ€ because â€œthere would be a more level playing fieldâ€ if we did, but ultimately concluded that â€œit is in the childâ€™s interest to be parentedâ€ and that â€œparenting a child makes for what we call a distinctive and special contribution to the flourishing and well-being of adults.â€

While the good professor can tolerate people reading to their children (as long as they feel some guilt) private schools should be banned. Private schools cannot be justified in any way,

â€œPrivate schooling cannot be justified by appeal to these familial relationship goods,

Because, after all, not all children have parents who care about a good education for their children. So those who do should be penalized. They should not be permitted to take their children out of failing public schools or have tutors for them after school to teach the things public schools refuse to teach, things like real math, writing, and American history. Â Nope. All kids, and their parents, should suffer together. Rather than fighting to raise up our society, and everyone in it, everyone should be poor and have no options. I believe Stalin tried that. It failed, miserably.

Read the article here and be sure to check out the comments on this latest bit of ‘progressive’ insanity.

Should We Ban Bedtime Reading to Children or Simply Ban Families? was last modified: May 8th, 2015 by Jeanine Martin

More preposterous trial balloons from another liberal nutcase in academia. We should certainly deride this moron and the institutes of higher education who hire him.

Why don’t we condemn and then ignore idiots like this?

But its not crazy—its liberalism. This is exactly the mentality of the deranged Democrats. Equality is the fundamental purpose of Government. If you can’t raise everyone up, then pull everyone down. And, since people are different, you can never achieve “equality” and therefore Government will have to constantly have more power to achieve what is impossible (and unwanted anyway).

That’s exactly what they do in public schools. Their thinking is, if not everyone can excel math or writing, we’ll just dumb it down so that no one gets a good education. That way everyone is equally dumb and uneducated. Middle class parents then hire tutors for their children, or teach themselves or send them to private school, while the educrats scratch their heads over the continued gap in educational attainment between poor kids (whose parents can’t afford tutors) and middle and upper class kids. Educrats protest that it’s not fair and to ‘remedy’ the problem further they eliminate testing so that no one can see how poorly children preforming. Down, down, down, our society spirals.

Just when you think you’ve seen it all…..