Latest Posts
Shenandoah County Public Schools Hiring Disaster
Malicious Prosecution
Can The Democrats Pack The Supreme Court? Unlikely.
Why I am voting Republican this Fall
Memo to Trump: Governors wrecked our economy, not...
Black, White, and Woke in America
Virginia Candidates for Gov, LG and AG in... 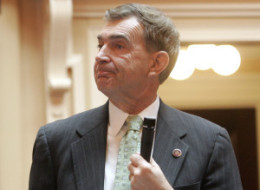 Showdown Over the Incumbent Protection Act in 2015!

In 2015, we may finally see the death of the Incumbent Protection Act, a law long supported by opponents of nominating conventions.

The law, Virginia Code § 24.2-509, allows the incumbent members of the General Assembly who won their party’s nomination via a state-run open primary may choose for themselves the method of their renomination, without regard to the wishes of the relevant political party committee.  This includes forcing a selection of a state-run open primary in which, for example, Democrats may participate in the selection of the Republican Party’s nominees.

In 2007, the U.S. Court of Appeals for the Fourth Circuit handed down its ruling in Miller v. Brown declaring Virginia’s open primary statute invalid in matters in which incumbents choose a method of party nomination contrary to the desires of the local party committee.  This decision, left unappealed by the Virginia State Board of Elections, contains the following analysis of the Incumbent Protection Act:

The [Supreme] Court stressed that the freedom to associate for the common advancement of political beliefs necessarily presupposes the freedom to identify the people who constitute the association, and to limit the association to those people only.  (Internal quotations and citations omitted)

In other words, parties have a right to choose who participates in the nominating process.

[A]t least for purposes of selecting a nomination method, Virginia does not view the incumbent legislator as a representative of the party.

…the [State Board of Election]’s contention that the Committee may use various means to compel Senator Martin to accede to its wishes regarding the method of nomination appears contrary to [the Incumbent Protection Act.]

The Incumbent Protection Act is odious as it allows the incumbent to interfere with party decision making and possibly allow outsiders into the nomination process against the will of the party.

Even though Miller v. Brown contained such substantially unfavorable language to the Incumbent Protection Act, no one has challenged it in SEVEN intervening years.

On December 3, 2014 the members of the Republican Party’s 24th Senate Legislative District Committee, after consulting with counsel, voted 6-1 to hold a convention as the nomination method in the District.

In deciding on this course of action, Ken Adams, the Chairman for the District Committee said

Our goal is to overturn an unconstitutional and unjust law and in doing so, profoundly change the political landscape in Virginia…[If successful,] incumbents will be required to come back to the grassroots to be renominated.

After Speaking with Chairman Adams I can say the District Committee is well aware of the gravity of its actions and is committed to getting to the final resolution.  This is about restoring power to local committees to hold Republican standard bearers accountable to the grassroots.

There are arguably three people running for the nomination:

Marshall Pattie (A former Democrat doing much to atone)

But what if Sen. Hanger selects a convention as well?

The legal fight will be called off.

But, the District Committee has to file their decision of nomination method between 125 and 105 days before the scheduled primary.  If Sen. Hanger selects a primary, and if, as they did in Miller v. Brown, the State Board of Elections ignores the decision of the political party and instead proceeds with a primary, the stage will be set for a fight by approximately 104 days before the potential scheduled primary.  However, I am sure an enterprising lawyer can figure out how to use Miller v. Brown’s earlier precedent to get into court before then, when the threat of conflict is realistic.

The stakes for Senator Hanger are high

The incumbent is almost always heavily favored.  In a three way race, the possibility of a challenger can diminish to nothing in an open primary.  In a convention, organization and loyalty will often trump incumbency, and more importantly, the bar is usually set at 50%, meaning that if no single candidate gets a majority on the first ballot the candidate with the lowest percentage of the vote is dropped before the next ballot is voted.  If Sen. Hanger is running, expect him to spend a hefty bit on legal fees in order to try to avoid a convention.  We expect that the respective GOP caucuses of both houses, along with an army of lawyers recruited by pro-primary consultants and lobbyists, to come to his aid.

I, for one, am thankful that the 24th district LDC has shown the backbone to take on the Incumbent Protection Act, and help the Republican party throughout Virginia.

Black, White, and Woke in America