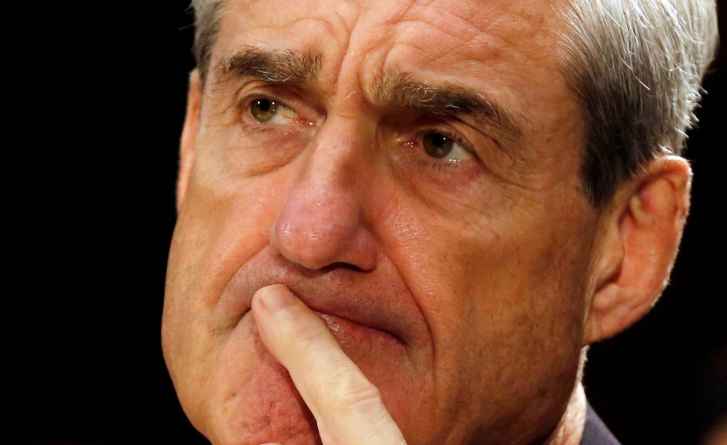 Shut ‘Em All Down

The latest example of how the radical left has turned politics from a process into a weapon was on full display during the testimony of the fired-for-cause FBI Director, James Comey last week, who further disgraced himself before the Senate Intelligence Committee. Not to be outdone, many Senators on the committee disgraced themselves as well by what they did ask – and what they did not ask. This same pattern was followed by this week’s hearing with Attorney General Jeff Sessions.

What we learned from these hearings was already obvious; we have a full-scale coup in play not just to remove the President of the United States from office, but to destroy him personally by any means possible. And we learned that the Republican majority in Congress has no stomach for street fights. Not a good combination.

We learned, again, that the President of the United States said and did nothing whatsoever in his communications with Mr. Comey that would make any normal person “uncomfortable.” Nor was there any unlawful, unethical or implied leverage exerted by the Chief Executive.

We learned that the former FBI director was a very weak, facile, pretentious and ineffectual man who is a self-admitted liar, a law-breaker who connives and discloses privileged information.

We learned that the Obama Administration through the Attorney General of the United States, Loretta Lynch, asked – ordered – then FBI Director Comey to mischaracterize an active investigation, and that he folded like cheap suit on a hot summer day, by his own admission.

We learned that as the FBI Director, Mr. Comey had leaked privileged information to The New York Times through a private third party, and had prepared extensive notes of other conversations, including, evidence strongly suggests, notes on President George W. Bush, and that it can be surmised that this is not the first time he has leaked information, a transgression many lose their jobs and freedom over.

We learned from Mr. Comey that he had briefed the Senate Intelligence Committee in various closed sessions over the previous months that there was no investigation targeting Mr. Trump. We also learned that the Director had told the entire Congressional leadership, both Republican as Democrat, in person, that the President was not a subject of investigation and there was no evidence of collusion. (Why did Republicans in Congress who knew this, and there were many, not mount an intensive public campaign to end the poisoning of the political well, instead of allowing the perceptions of wrongdoing and collusion to fester?)

We learned that the ranking Democrat on the Intelligence Committee, Senator Mark Warner, (D-VA), is more lacking in judgment, decency and character than even his previous years in public life have demonstrated.

If Senator Warner had even a nano-speck of self-respect, he’d resign.

Attorney General Jeff Sessions, for his part in the drama, destroyed the committee with his testimony this week, where he declined to kowtow to the absurd questioning from radical Democrats (is there any other kind?) and some clueless Republicans.

The truth is that after six long months, to the exclusion of far more important work and at the cost of untold millions of dollars, the Congress and the media have not produced even one tiny scrap of actual evidence of the alleged Russian-Trump collusion. Literally nothing. To the contrary, it is even a more ridiculous, farfetched narrative than when it was first proposed.

Still, after all the hype, we now have the inexplicitly appointed Special Counsel, former judge and FBI Director, Robert Mueller, joining five Congressional Committees investigating what has already been shown to be – nothing. Zero. Nada.

Yet, The Washington (Bezos) Post, has a breathless new report – just after the Sessions’ testimony failed to produce the hoped for headlines – that an “anonymous” source reported the Mr. Mueller was going to expand his investigation to include criminal “obstruction” by the President himself.

Since there is no crime identified as even a possibility based on Mr. Comey’s testimony, it sounds like Judge Mueller, a “good” friend of Mr. Comey, and his newly hired Democratic aides just needed to make their mortgage payments for a couple of years on the public dime.

Five congressional committees and one special counsel equals six investigations too many.

The only benefit to the hearings is to perfectly illustrate how and why America has become a nation dangerously divided over the recent decades.

On one side of the divide, there is the angry, violent and very aggressive radical left that now controls the Democratic Party, and their institutional support network spread through the Washington-New York-LA elites who run the corporate media and the vast administrative state. Collectively they are largely anti-American in practice, in that they have very little in common with traditional American values or commitment to the concept of individual liberty. They are increasingly antagonistic to the Judeo-Christian heritage and founding, guaranteed rights, national sovereignty and self-defense. There are few, if any, truths or absolutes for them, so there are no boundaries, and they consider elections an inconvenience, if the outcome does not meet their needs.

Donald J. Trump and “making American great again,” was absolutely not part of their plan. And that is why they must not let his presidency succeed, regardless of what they have to do to accomplish that goal, and regardless of what it does to the country. They don’t care.

On the other side of the divided nation are frustrated and bewildered average Americans who have watched in the last years as their own government and culture seemed to turn against them, their interests, and the national good both socially and economically. Their elected representatives, mostly Republicans, make grand promises, only to ignore them until the next election cycle. The bureaucracy holds these average citizens in open contempt. And both Hollywood and Wall Street are increasingly using their resources and assets to attack, not to defend and support traditional Americans and their values. Donald Trump legitimized their frustrations and anger.

A house divided cannot stand, as Abraham Lincoln reminded us. One part of the nation will succumb to the will of the other.

But either outcome is clouded in foreboding and danger for the Republic.

[…] have written on the Mueller-Comey axis here, here and here in the last five months […]

[…] the “Russia” investigations, and both Mr. Comey and Mr. Mueller for the past year (read here, here, here and here) I am struck only by the fact that after untold millions of dollars spent by the FBI […]

The causticity permitted by TBE can only go so far before its editors should recast it as a place not for conservative thinking, but for slander and incitement. That’s what Michael Giere again attempts here.

A fairly glaring sign points to this when Giere tells the reader what “we learned” from recent events on the national political scene. Thanks, Mr. Giere, …WE…don’t be told what to conclude, when to be angry, or when to burn the witch of your choosing. Salem’ s calling you — they want their fear-mongering back…

Next time you turn your attention to the investigations, look to another Marine — Robert Mueller — a combat veteran infantry officer and Bronze Star recipient. A man of objectivity and integrity.

Integrity is easily sold, and almost impossible to recover once given up. You may be unable to imitate Mueller’s integrity, but you could at least attempt to be more objective.

Are Trump and Pence hiring so many personal lawyers that the unemployment rate is dropping?

I hope Benghazi was worth it???

Another in a bad string of TBE pieces that call into question the future viability of this site. Completely delusional, or, as JP correctly calls it, a lie.

Yeah, you’re right. Since the site isn’t viable, you two probably should just ignore it. Bye!

No, no, no. The Republicans are responsible for the appointment of the special prosecutor, not the radical left. Trump is self-destructing. The Republicans have control of all 3 branches of government. They are the ones helping Trump kick himself out of office.

Trump blamed the Dems for obstructing his healthcare agenda on tv. No, it’s the Republicans who have the majority and the WH. They are in control, not the Dems.

This article is another lie.

Actually Republicans have control of two branches of government (Congress and the Presidency), the Supreme Court is still up in the air. But don’t worry, if another justice has to be replaced in the next few years you’ll be right on the money, it will be a conservative court.

Oh, I just realized you thought the House of Representatives and the Senate were two branches of government …