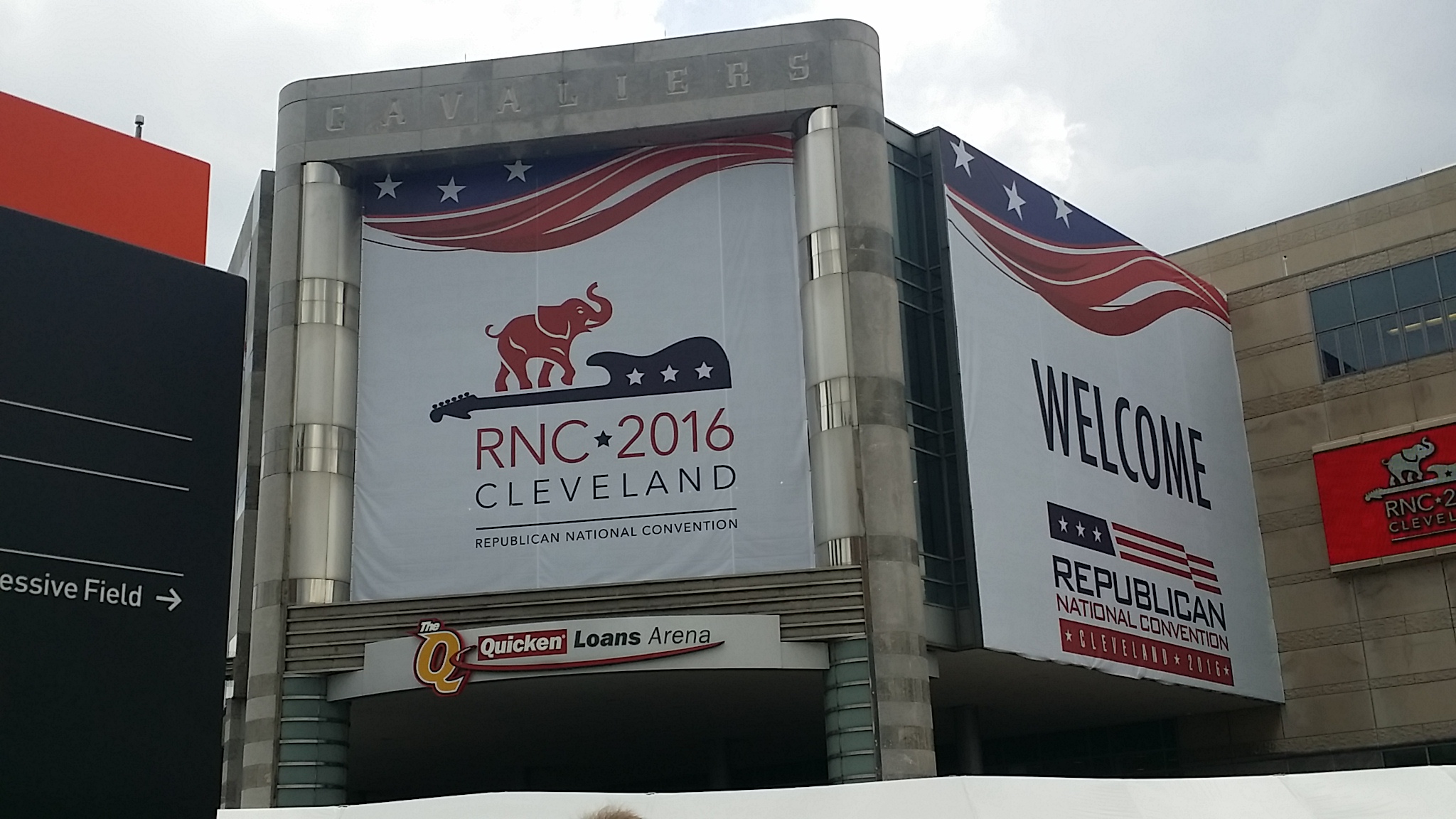 Sights and Thoughts from Cleveland

11:00 – I am on the bus heading back to the hotel.  We had a long day which started with arm twisting and frustration and ended with great speeches and an attempt to move forward together as a party.  We will not forget what happened with the RNC’s power grab over the rules, but that is a fight for another day.

Look for more from the convention on day 2.

10:25 – The Donald comes out to introduce his wife, who talks about her background and learning the value of hard work, responsibiliry, and good values, and the need to pass these lessons on to the next generation. 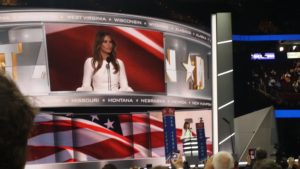 10:06 – Former NY Mayor Rudy Giuliani is wowing the crowd with his speech preaching an end to the division and attacks on police.

“When the police are called to come amd save your life, they don’t ask if you’re black or white.  They just come!” 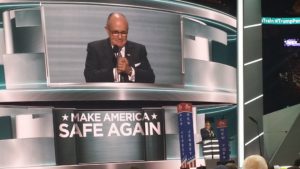 9:50 – Arkansas Senator Tom Cotton talks about the importance of a strong Commander in Chief, and the need for one that can be trusted to handle classified information. 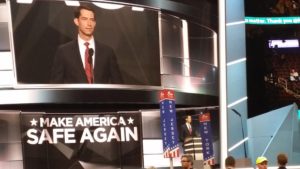 9:30 – Milwaukee County Sheriff David A. Clarke, Jr. speaks about the importance of standing up for the safety of our police officers. #BlueLivesMatter. 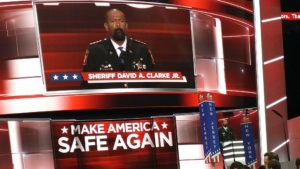 8:45 – John Tiegen and Mark Geist of the Benghazi Annex Security Team give a detailed account of what happened that night in Benghazi when terrorists stormed the compound. 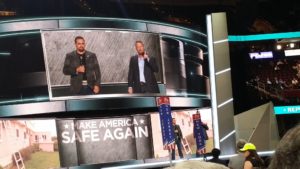 8:30 – We’re back and the speakers have started. We have heard from Willie Robertson, Rick Perry, and a passionate  Marcus Luttrell. 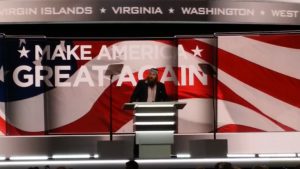 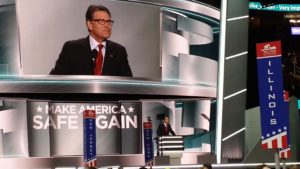 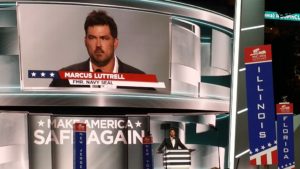 7:03 – The Swan Brothers entertain the crowd in Freedom Plaza.  They got their start on The Voice and were coached by Blake Shelton. 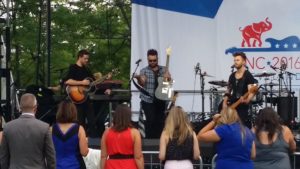 6:39 – So here is a little more on the roll call vote.  There were 11 delegations that submitted petitions for a roll call vote, yet the RNC claims only 9.  They were:

There is speculation that the RNC refused to recognize the petition from DC because the rules say that you need a majority of seven “STATES”, and DC is not a state.  We don’t know how they got it down to 9, and the RNC has released a statement saying that they will NOT release the states that they claim rescinded their petitions, nor the names of the people who signed those petitions to rescind.

That is important, because delegates from the Minnesota delegation say that only a handful of people signed the petition to rescind their names, and those delegates did not sign the original roll call petition.

By refusing to release this information, the RNC continues to fuel the belief that they didn’t have the votes to pass the rules, so they violated the rules of the convention by refusing to call a roll call vote and are trying to cover it up.

Word is that the Colorado and Utah delegations have walked out in protest.

6:15 – George Engelbach, a delegate from Missouri, is certainly in the spirit of things. 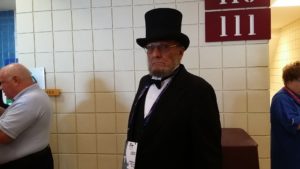 5:57 – Some sights from the convention.  The Guam delegation offers a resolution. 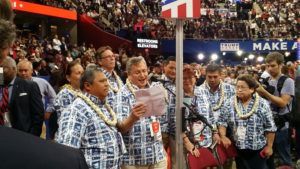 5:20 – The convention is in recess until about 8PM.  We are all going to find something for dinner.  More updates later.

4:40 – After a brief pause, the convention chair called the vote for adoption of the Rules Committee report a second time, calling for yeas and nays.  Alternates and guests in the audience, who have no vote, we’re shouting during the voting, highlighting the need for a roll call vote. Again, the chair said the eyes have it.

At that point the chair recognized the Utah delegation who moved for a roll call vote.  The chair claimed that petitions were received from 9 states (there were 10 at least), and then claimed that enough signatures were rescinded from 3 states (without naming the states in question) and claimed that support for the roll call vote fell short.

Unfortunately, nobody can prove it, and nobody believes it.  The RNC has created a spectacle that will hurt Trump in an attempt to crush Conservative reforms. Had they just allowed the vote to go forward, and the rules been adopted, this would have all been handled much better.

4:14 – With no explanation, the RNC ignored the petitions submitted by the states and refused to take a roll call vote on the Rules Committee report, in blatant violation of convention rules.  The convention floor erupted in anger.

If the RNC and the Trump people were looking to avoid embarrassing their nominee, this certainly was not the way to do it.

3:38 – We’ve reached the point in the order of business where we should be dealing with committee reports, but the teleprompter is off and the band is still playing.

The RNC is stalling to try and whip votes to get the roll call vote petitions rescinded, but they don’t seem to be having much luck. 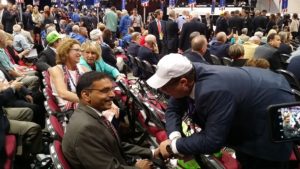 3:01 – The balloons are already staged, waiting for Thursday night. 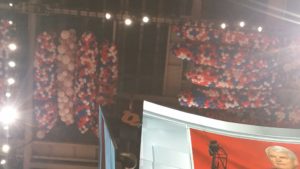 2:35 – Word at the convention is that 11 states have submitted petitions with a majority of their delegations to demand a roll call vote on adoption of the rules.  This is important in order to make sure that all votes are properly counted.

The petitions were accepted by someone “authorized to receive them” and this was documented by the media.  We’ll see what happens when the time comes to vote. 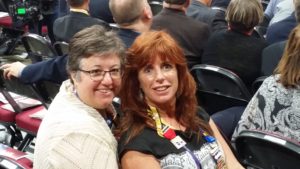 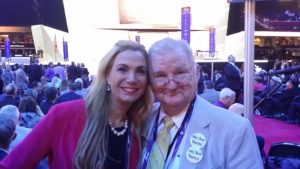 1:37 – To give you an idea of how long we have to wait for the next bit of business to take place, there are 25 speakers and videos listed on the Order of Business we have to go through before we get to the committee reports.

That’s a lot of talking.

1:22 – The gavel has fallen and we are moving.  Opening parliamentary motions have been made and dispensed with, and  delegates on the four committees (rules, platform, credentials, and permanent organization) have been sent out to prepare their official reports.  Next up is music and speeches until the committees complete their work.

It’s hurry up and wait time, but when the waiting is over, things will happen fast.

1:12 – The Virginia Delegation has a pretty good placement on the convention floor. 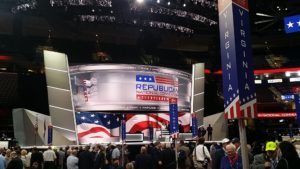 12:51 – It is day 1 at the Republican National Convention and it promises to be interesting.  Steve Albertson will also be live blogging so make sure to follow him as well.