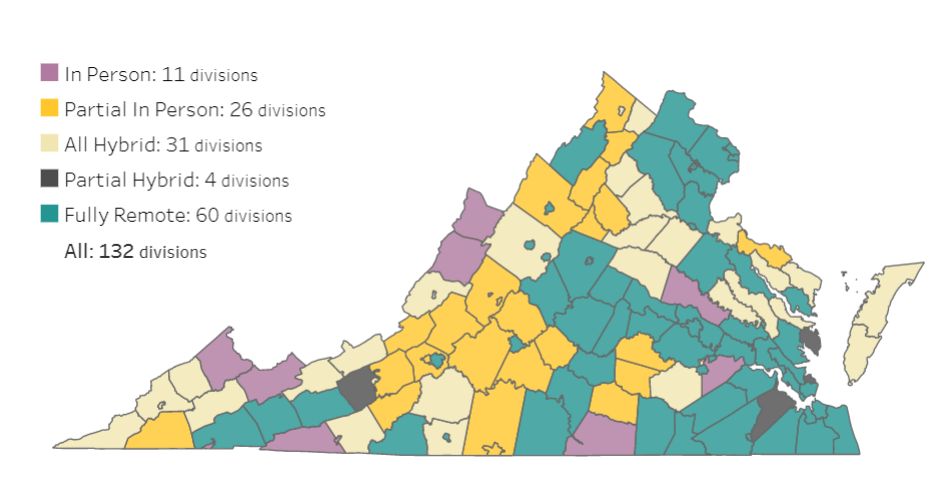 With 132 school divisions across Virginia, it’s hard to keep track of which school districts are doing what this fall to deal with the COVID-19 epidemic. The Virginia Department of Education has published a map, which it will update regularly, showing who’s doing what.

It turns out the 60 school districts, including those in the Northern Virginia, Hampton Roads and Richmond metros, are going fully remote. Only a few rural counties are still planning to hold entirely in-person classes at this point.

I’ve been pretty tough on VDOE leadership, but the department has done a good job with transparency. I don’t know whose idea it was to compile and publish this data, but to whomever you are… kudos.