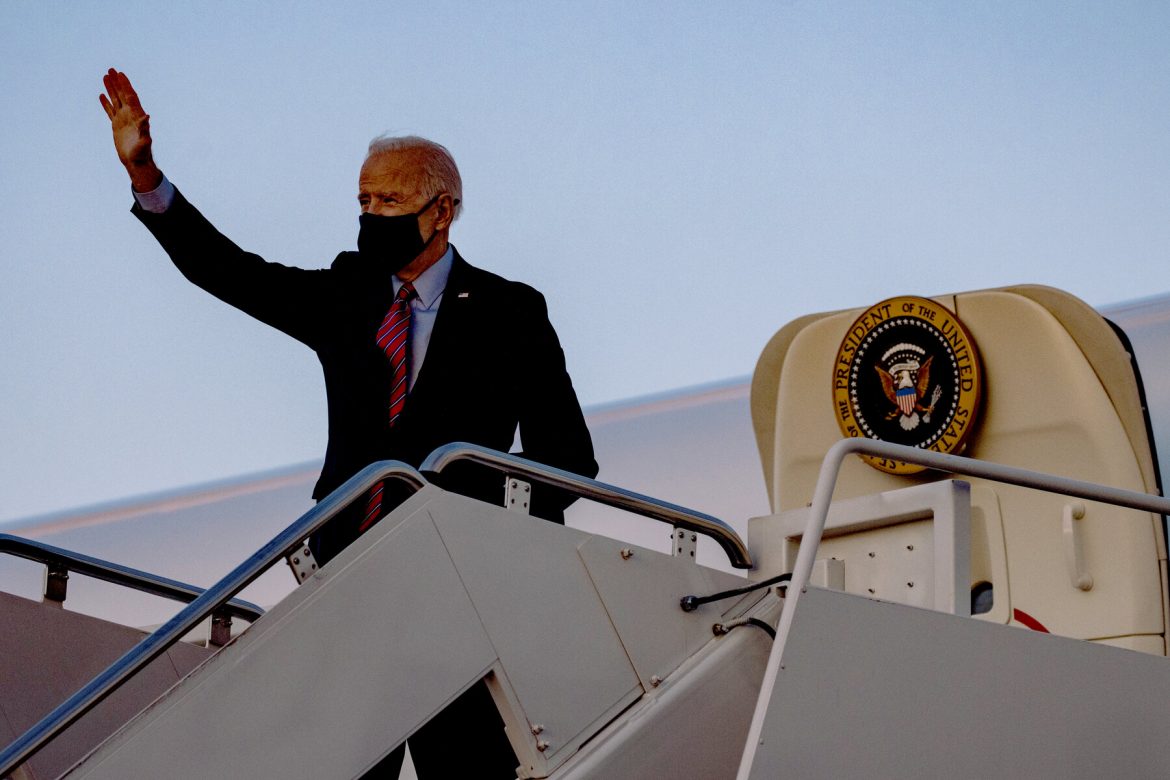 Biden boarding for his first trip on Air Force One (Source:Samuel Corum for The New York Times)

At first I thought it must be a parody account. You know, from those masters of sarcasm at The Onion or The Babylon Bee:

I was wrong. This was the product of an actual CNN reporter, one Kevin Liptak, who gushed like a teenaged fanboy over the new president’s habits:

He (Biden) has expressed a preference for a fire built in the Oval Office fireplace, and sometimes adds a log himself to keep it going.

Stop the presses! Biden occasionally adds a log himself instead of simply summoning the official White House log stacker! This kid’s on fire.

On weekends, Biden has kept to his routine of attending public mass, in Washington at the Holy Trinity Catholic Church in Georgetown… After one outing, he stopped by a bagel shop; officials expect he and the first lady will be more frequent patrons of Washington’s restaurants once the pandemic is over.

What a scoop! Unnamed “officials” expect the Bidens to dine out. Look out, Bob Woodward, this crack CNN reporter is coming for you.

More so than any recent first couple, Joe and Jill Biden have demonstrated a publicly affectionate relationship, one that extends to private moments spent together in the White House residence…Jill Biden recently saw the President off with a kiss before his first flight aboard Marine One.

The Bidens staged a kiss and our ace reporter thinks he’s had a peek at Dr. Jill and Grandpa’s private moments.

Finally, in journalism, the last few sentences of any piece are called “the kicker.” (At one time, kickers were the line above a newspaper headline, but the term now usually refers to the ending of a news story.)

The best kickers send the reader off with a memorable little punch.

Here’s an example of an awful kicker:

(Biden) will have his first chance to ride the iconic Air Force One, a military version of a Boeing 747, on Tuesday when he travels to Milwaukee for a CNN town hall – his first public event out in the country since taking office.

Even Biden will likely set aside his newspapers to relish that moment.

Look, we all knew members of the press would serve as slobbering lapdogs to President Biden as they did to Barack Obama. There will be no critical coverage from this crew. Nothing like this Washington Post story that ran on Trump’s first day in office: “The Campaign to Impeach President Trump Has Begun.”

But this treacly CNN report failed to reach even our lowest expectations.

There’s a feline term for a fawning story like this one: