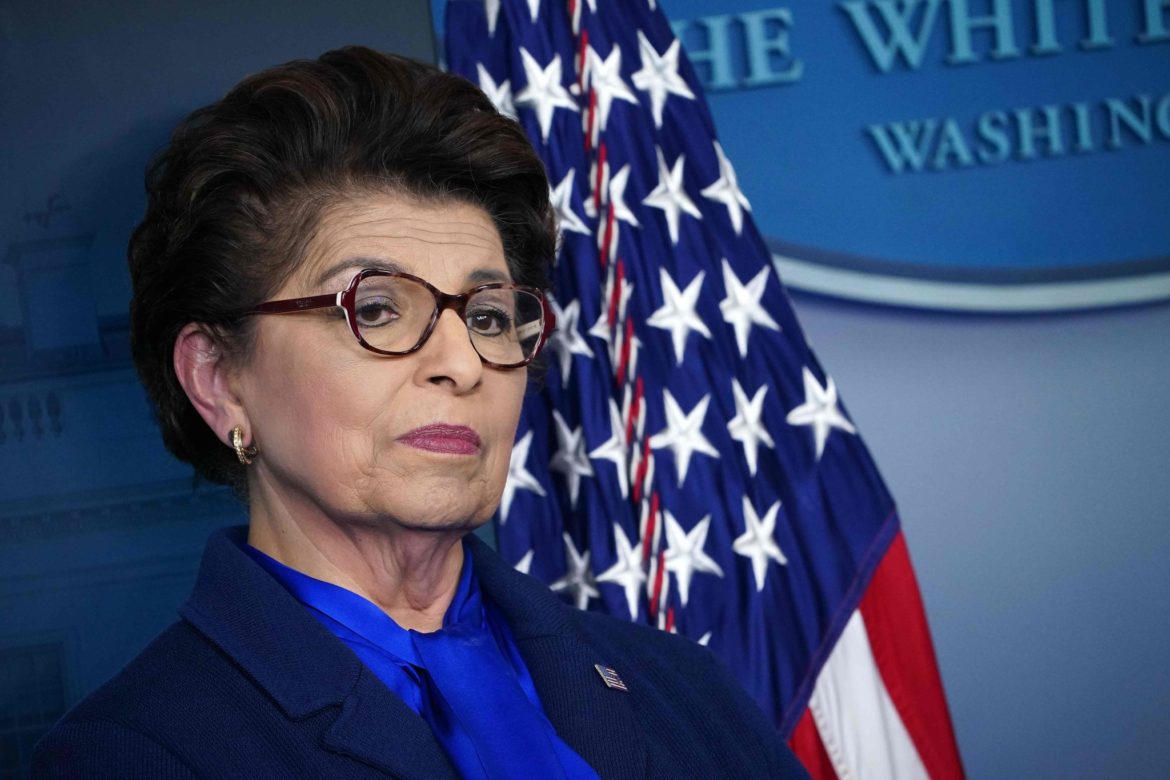 Does the Biden administration care about the Constitution? The Agriculture Department knew its racial preferences for black and non-white farmers were unconstitutional. But it provided race-based debt relief anyway, until judges ordered it to stop doing so, as the Daily Wire reported earlier.

The Small Business Administration similarly provided racial handouts to certain minority-owned small businesses, which were unconstitutional, as a federal appeals court recently ruled. It probably knew that its racial preferences were unconstitutional, but we can’t be certain yet, because it has so far withheld relevant records sought under the Freedom of Information Act (FOIA), citing “deliberative process privilege” and attorney-client privilege.

The records were sought by the Bader Family Foundation and Liberty Unyielding in a May 2021 FOIA request about communications related to the constitutionality or unconstitutionality of the SBA’s racial preferences. Under federal law, the SBA had a duty to respond to the FOIA request within 20 working days, back in June. But the SBA did not respond to the request at all until after it was sued for the records this summer. Indeed, it took until September 3, 2021, before the SBA produced any of the records sought. At that time, it finally produced 38 pages of documents, which can be found at this link. But it continued to withhold 195 documents in their entirety, as supposedly being “privileged.”

The SBA was warned that its racial preferences were likely unconstitutional, before they were struck down. One of the records the SBA produced was a May 2021 email to Isabella Casillas Guzman, Administrator of the Small Business Administration. That email says:

What is the SBA’s response to claims that the priority given to black, Hispanic, and female restaurant owners in the American Rescue Plan’s aid to restaurant owners violates the Constitution’s equal-protection guarantee?

Lawyers and law professors claim this race-based priority for black, Hispanic, and female restaurant owners violates the Constitution. See, e.g., Jonathan Turley, “Biden’s COVID aid: Is it ‘preference’ or ‘prejudice,'” The Hill, May 22, 2021 (https://thehill.com/opinion/judiciary/554886-bidens-covid-aid-is-it-preference-or-prejudice); Mairead McArdle, “Biden’s Restaurant Relief Program Excludes White Male Owners: White males will not be considered for three weeks, when the program is expected to be depleted,” The Daily Wire, May 12, 2021 (https://www.dailywire.com/news/bidens-restaurant-reliefprogram-excludes-white-male-owners).

Specifically, they say there’s no evidence of recent, widespread, intentional discrimination against minorities and women by the government (or people acting in cahoots with the government), as the Constitution requires for a race-based priority of this sort. So the Small Business Administration and the Commerce Department are violating the Constitution by giving priority to certain restaurant owners based on their race, under the American Rescue Plan.

After this email was sent, a federal appeals court found this racial preference did indeed violate the Constitution, in Vitolo v. Guzman. That court ruling issued a preliminary injunction against the SBA, after a white restaurant owner appealed a trial court ruling that had declined to issue a temporary restraining order against it.

Although the SBA produced this email, and 37 other pages of records, it withheld 195 records in their entirety, as supposedly being exempt from disclosure under the Freedom of Information Act. It claimed the records it withheld were privileged under “deliberative process privilege,” “attorney-client privilege,” or as privileged attorney work product.

By withholding most records in their entirety, rather than merely redacting privileged portions of them, the SBA is violating the Freedom of Information Act.  Under FOIA, an agency has a duty to “consider whether partial disclosure of information is possible whenever the agency determines that a full disclosure of a requested record is not possible; and take reasonable steps necessary to segregate and release nonexempt information.” (See 5 U.S.C. § 552(a)(8)(A)(ii)).

That duty to make partial disclosure is especially strong when an agency withholds records under the “deliberative process privilege,” because that “privilege applies only to the ‘opinion’ or ‘recommendatory’ portion” of a document, not the “factual information” in it, according to the D.C. Circuit Court of Appeals.  So the agency generally needs “to segregate and release nonexempt information.”

Moreover, by withholding the records in their entirety, rather than just sensitive portions of them, the SBA has violated a provision of FOIA that states that an agency can “withhold information” that is privileged “only if the agency reasonably foresees that disclosure would” cause a “harm” covered by FOIA’s exemptions. (See 5 U.S.C. § 552(a)(8)(A)(i)).

The D.C. Circuit Court of Appeals has explained that just because information is privileged, does not mean its disclosure would necessarily cause harm. Accordingly, it ruled, if information is not that sensitive, it has to be produced, despite its privileged status. (See Reporters Committee for Freedom of the Press v. FBI (2021)).

The SBA has not even alleged that disclosing the 125 records it has withheld would cause any harm, so it cannot justify withholding them in their entirety. It is very suspicious that it has withheld most of the records covered by the FOIA request in their entirety, rather than merely redacting their privileged portions. When the Agriculture Department responded to a similar FOIA request about the constitutionality or unconstitutionality of its racial preferences, it produced 254 pages of documents in redacted form, while withholding only 19 pages in their entirety (although its redactions were excessive). SBA has ignored its duty under FOIA to make “partial disclosure of information” through redactions that “segregate and release nonexempt information.”

The SBA also hasn’t disclosed who sent or received these records. If anybody outside the federal executive branch received them, any privilege was likely waived as a result. That would mean those records have to be produced, even if SBA views their release as harmful.

Three of the 38 pages of records produced by SBA were produced in garbled form that omitted letters in many words, and included very tiny type, making them incomprehensible. One email appears to relate to Senate Majority Leader Charles Schumer (D-NY), an advocate of the racial and gender preferences.

The SBA’s COVID-relief program discriminated against white male restaurant owners, while relying on arbitrary notions of what people are white. As judges noted in Vitolo v. Guzman, it provided “preferences for Pakistanis but not Afghans; Japanese but not Iraqis; Hispanics but not Middle Easterners.” “Imagine two childhood friends — one Indian, one Afghan. Both own restaurants, and both have suffered devastating losses during the pandemic. If both apply to the Restaurant Revitalization Fund, the Indian applicant will presumptively receive priority consideration over his Afghan friend.”

The disaster that is the Biden Administration rumbles through the bureaucracies creating a shamble of everything touched. About the only good thing in all of this is that the DC swamp is now fully exposed.

It is little wonder how this is working. In the 1990s, The Clintons and the Democrat stats teams, realized that the path for the monolithic Democrat party was via blacks, hispanics, women, LGBT WTF!!!OMG!!! They had lost the majority of white votes.

That little scumbag, Bubba, who along with with sexual proclivities was the source of the collapse of the Disunited States of the Continent
was a genius.

Affirmative Action, Preferential Treatment for government contracts… i.e. 8A provision, etc etc are POLITICAL PATRONAGE for the Dimocrats.
Now, there was once a day when you had a bigger economic pie to preferentially reserve… now with the genius of Bill Clinton and Globalists… no such thing.
It is hard for the Swamp Dwelling gang to understand that there is NO White privilege anymore. Everyone is equally SCREWED in the globalists economy if they are not little pansy whities who still manage to have Mommy and Daddy get them into elite colleges… oh boy will they virtue signal then. But for the whites in Kentucky… Well you get the same privilege of nothing as the minorities…
But this is about politics now.. making the stupid polyglot Boarding House California..

Joker, you hit the nail on the head so hard it broke.

This administration does what it pleases, regardless of the law.
The old saying in DC,’ better to apologize than ask permission.’
Buying more votes, to try and establish a one party system for the country.