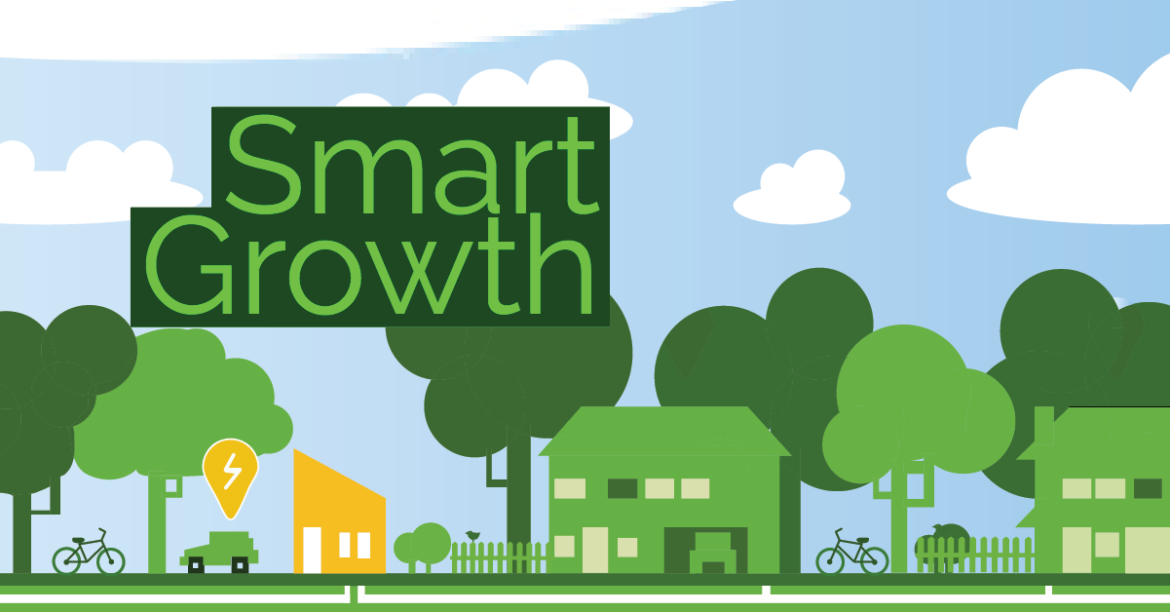 . But nobody is complaining about higher education escalating costs and globalist indoctrination.

Progressives have been urging their followers to make everything smart (U.N. compliant), to learn to deal with water shortages (water usage control) and to plan for green growth (control and destruction of property rights).

Progressives and their U.N.-affiliated organizations have preached to impressionable youth that it is for the common good (collectivism) and advanced the cause of global citizenship (U.N.-dependent global migrant). Teachers have been quite busy attacking patriotism, nationalism, and sovereignty while promoting destruction of oneâ€™s culture and history. https://www.thenewamerican.com/culture/education/item/23333-un-global-citizenship-education-plan-pushes-social-justice

Smart growth/green growth (controlling and destroying property rights) has been pushed in local communities unaware of the globalist â€œsustainable visioningâ€ (global communism) and â€œnudgedâ€ (forced) under the guise that the community had actually demanded it and voted for it.

Free grant money from the federal and state government came with sustainability strings attached to preserve farm land (take it out of production via conservation easements). Once the farmers received free money, they were not allowed to develop their own land or produce crops on it.

Obamaâ€™s administration combed neighborhoods to record income levels, religious affiliations, and racial and ethnic composition. If a neighborhood was not diverse enough for their liking, policies were put in place to diversify it.

Local governmentâ€™s social engineering plans forced people to live in denser populated mixed-use communities on smaller tracts of land per unit in order to eliminate the need to commute to work, school, shopping, or play.

The idea behind such social engineering was that areas more densely populated have less mobility and are easier to control. It is exactly what communists did during decades of forced Stalinization, with disastrous results for the population forced off their lands into high-rise concrete block apartments.

Social engineering was amply addressed in U.N. Agenda 21 (1992) which morphed into Agenda 2030 (2015). This newer version expanded the idea that urban sprawl (suburbia) is dangerous to the environment and the planet. Their Smart Growth/Green Growth plans emphasized the implementation of walkable communities, rail trails, bike paths, â€œcomplete streets,â€ â€œstrong communities,â€ and other visions of utopia, using various organizations such as the National Association of Realtors (NAR) and the American Planning Association (APA). https://sustainabledevelopment.un.org/content/documents/Agenda21.pdf

What would Smart Growth/Green Growth do? The euphemisms behind the real concepts sound placid enough. The propaganda materials say that the community will be beautiful, well-controlled, with high-rises and shopping within biking and walking distance, a quaint ride on a trolley to the market, â€œwind turbines turning lazily in the background to supply all energy needs,â€ solar panels on every roof, no â€œdirty smokestacks, no cars, no parking nightmares, no gridlock, no urban sprawl, no crime, everyone lives in perfect harmony.â€

As our own county advertised, â€œThe Potomac Community Design Guidelines and Vision of a New Woodbridge have long called for mixed-use developments based on Smart Growth principles, such as transit-oriented development and connecting neighborhoods to amenities such as parks and entertainment hubs.â€

The advertised â€œPrinciples of Smart Growthâ€ happen to coincide with those of U.N. Agenda 21:

Globalists want to make â€œholisticâ€ decisions with land use and transportation using Smart Scale Grants, promising to alleviate congestion. All the problems in our county could be easily solved if highway 1 and I-95 would be enlarged; they are the only major roads that carry traffic for locals and for those in transit between states.

The â€œstack-and-packâ€ living in a 200 square foot aPodments high-rise in Sammamish, Washington is described by a resident who â€œshares the kitchen with seven other tenants on the second floor.â€ To get to a loft cubicle, she must climb six flights of stairs in the absence of elevators. Cars are not allowed because of global warming. The micro-apartments are smaller than a hotel room, rent for $600-900 per month, and contribute to the population density rise in the area.

According to Tom DeWeese, President of the American Policy Center, The American Planning Association (APA) commissioned a study of Smart Growth policies and it concluded that they do not work. https://www.tandfonline.com/doi/abs/10.1080/01944360903409584?journalCode=rjpa20

But the Smart Growth planners in your area keep telling you that you live the wrong way, you are not living the green and smart way. Â And there is the nagging question, why exactly do we have to â€œharmonizeâ€ our local, regional, state, and federal Smart Growth development plans to fit the United Nationâ€™s Agenda 2030? Why must we live the way the third world U.N. bureaucrats dictate?

The state and local planners receive ample grants to entice and convince them that â€œcities and human settlements must be made inclusive, safe, resilient, and sustainable.â€

How are these global directives translating into smart growth regional or urban planning in your area? As Tom DeWeese pointed out, all you have to do is look at Portland to see the â€œstack and packâ€ smart growth results where the â€œcomplete street,â€ â€œtraffic calming,â€ and â€œstrong communitiesâ€ are in full effect, â€œon one side is a vast, dense development,â€ with high-rise, mixed-use buildings, and â€œon the other side is nothing but open land.â€

â€œThe result of Portlandâ€™s grand plan is that its increased density destroyed the entire livable atmosphere of the community. Congestion is worse, housing and consumer costs are higher, and urban services, including fire, police, and schools, have declined as the city took money from these programs to subsidize high-density developers.â€ https://americanpolicy.org/2015/01/05/private-property-rights-and-socialism-do-not-mix/

In our county more and more apartments are crowded per acre despite the scarce highways and traffic bottlenecks; the entire area is significantly congested by condos and apartments which fill every available space that is not occupied by wildlife and state parks.

Preserving the farmland, not for agriculture purposes but placing it in private environmental non-governmental organizations (NGOs) trustsâ€™ control for future generations, is locking it in â€œconservation easementsâ€ in perpetuity in which the landowner, according to a specific contract, must ask permission to do anything on his property.

As Tom DeWeese described, â€œif the Smart Growth plans are fully implemented, as advocated by the APA and NAR, density in American cities will be as much as three times higher than those currently in New York City.â€

Smart Growth and Green Growth â€“ It is Not What You Think was last modified: August 15th, 2018 by Guest Contributor Dr. Ileana Johnson

UN Agenda 21 is the environmentalist’s dream. Human beings are effectively prevented from enjoying nature and are “allowed” to move about within cities or between cities using public transportation. Housing is even worse as the amount, location and resource uses are limited by dictate. Anyone who wants to see how bad it could become is invited to dig into the details. If you have a Board of Supervisors spending hundreds of thousands of taxpayer dollars on this UN Agenda 21 debacle, get it stopped.

Obviously youâ€™ve never been to LA.

Or we can subscribe to the Socialists wet dream of high rise, high density, minimalist, barely livable rooms in estates where you live, work, educate, shop and don’t go anywhere. Much easier to control a rebellious population. Socialism, so great it must be mandated..

Has anyone seen some of these new home shows where they show young people buying tiny houses? I mean really tiny. When I first saw them I thought is this just the next shiny object for the jaded American public to fall for? But as I watched it, it became clear that the purpose is to begin the brain washing process of young people to convince them that living in a tiny space is novelty. cost efficient, fun, sustainable, and what we can expect in the future. Get used to it! Right out of the U.N. Agenda’s playbook. BTW: there is a new commercial with a couple living in just such a house, where the dish-washing hose/nozzle doubles as the shower head since the shower is right next to the kitchen sink.

There are apartments for rent in NYC that are literally 10â€™ by 10â€™. We arenâ€™t making peopleâ€™s lives better, particularly the millennials.