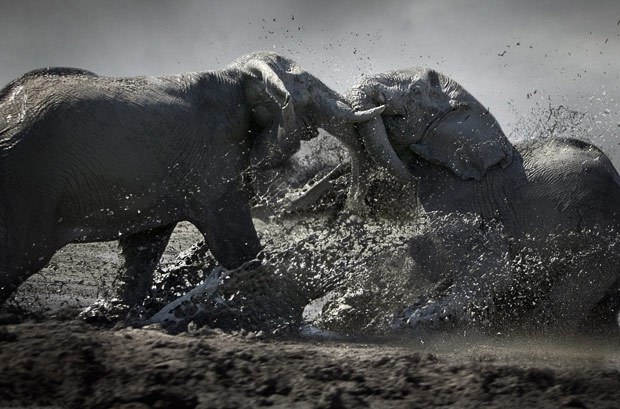 Snatching Defeat from the Jaws of Victory

This is impossible. It is impossible for the Republican Party to steal this nomination from anyone. Nominations aren’t stolen, they are won. They are won through the popular vote and delegate accumulation. A candidate must have both the support of the party and the people. With so many Democrats voting in our Republican Primaries this year, it is absurd to talk about Republicans stealing an election from Democrat voters.

If a Republican Candidate, even with strong Democrat voter support, still cannot reach 50% of the vote, then such a candidate cannot be said to have won anything, nor be entitled to anything. Furthermore, there is no sense in fighting with each other over a scenario that has not already taken place. Every day that this bickering continues, we become increasingly (and more emotionally) divided. The anti-establishment crowds, which have cast over 75% of the votes in the Republican Primary, and just less than half of the votes in the Democrat primary, has already caused irreparable damage to a great many alliances. Why? Because we all think we can see the writing on the wall?

If Donald Trump wins 1237 delegates before the convention, then all this vitriol and nastiness was for nothing and all we’ve accomplished is turning more Republican voters off to the Republican Party in November. If Donald Trump does not win 1237 delegates before the convention, but wins enough delegates on a second, third, or eighth vote, then again, all this vitriol and nastiness was for nothing. If someone besides Donald Trump wins, we will still have our nominee, and that nominee will be going up against Hillary Clinton in November.

All this “only Trump” or “never Trump” nonsense is going to accomplish is electing a Democrat who is quite possibly worse than the one we’ve been suffering for the last eight years. If this is really where we are as a Party and as a country, I can accept that and I can move on. Yet, everyone seems to want everyone else to rally around their candidate at the end of the day, but no one seems willing to rally around anyone else’s candidate. This situation is the best possible way to lose an election in November.

And maybe that’s what everyone secretly wants after all. As incredibly dimwitted as this whole circus seems to have become, I still prefer all you Republicans to the Democrat Party.

Remember, the Republican Party is a collection of much smaller minority parties. No one faction can defeat the Democrats without the support of all the other factions. If you are backing a candidate still running for President, the last thing you want to do is to behave in such a way as to make the supporters of every other candidate hate you, your candidate, and everyone else associated with you, your candidate, and your faction. While I’m not calling for “unity” (whatever that is), slightly less irrationality wouldn’t hurt our collective cause as a unified front against tyranny.

Snatching Defeat from the Jaws of Victory was last modified: April 10th, 2016 by Steven Brodie Tucker

Our Republic is based on participatory democracy via the citizenship being guaranteed the right to vote as a freedom of choice and expecting that vote to have meaning. At the foundation that is it plan and simple. Any electoral system that purports to represent this premise by excluding the voter from any form of such participation in selection of leadership, as both the Democratic and Republican parties have aggressively employed this presidential primary cycle, you aren’t functioning within the context of a constitutional republic.

Whether it’s Hillary Clinton nominated almost solely on super delegates representing, not the people but the Clintion’s oganizational affiliates, irrregardless of the peoples choice via the primary or caucus popular vote or the more subtle manipulation of delegate slating (I assume “conservatives” have arrived at the realization that there is good slating and bad slating depending on the candidate in question) that is all to frequently occurring in Republican state conventions, which can at times in no manner reflect the peoples’ actual choices in the party sponsored selection process, the system can and is being manipulated. This party process has more in common to election in the old local soviets where candidates were selected by the local Communist party, Komsomol, and trade union officials under the direction of the district party organizations.

If you do not find the process put in place last August when officials of the Republican Party in Colorado decided they would not let voters take part in the early nomination process and the GOP executive committee voted to cancel the traditional presidential preference poll after the national party changed its rules to require a state’s delegates to support the candidate that wins the caucus vote a complete rigging of the process, your niavaite is a bottomless pit. The GOP leaders made little attempt to even cover their tracks on way they canceled the presidential preference poll, although party chairman Steve House stated to the media at one point that too many Republicans would otherwise flock to their local caucus. Get the point?

If your one of the many that maintain that this is all just fine as this Colorado delegate support, for example, will now all flow to Ted Cruz and will be denied to Trump you are totally missing the point. I ask you to keep three points in mind, first, what message is this sending to the general voting public regarding Republicanism and in this case it’s conservative wing regarding voter inputs, second, today’s open manipulation for “my guy” may very well be tomorrow’s manipulation against “my guy” as only the fools and the gullible ever believed “the people” controlled the local soviets, and finally, today’s official party delegate stalking horse first roll call vote for Cruz could very well disappear into the mist in later floor votes. “Nominations can only be won not stolen” is more likely based on how you define “win” and what “stolen” represents by the controlling party mechanisms and it’s facade of voter participation.

And by “another candidate” you mean Cruz… right Mr. Tucker? Even though you do not mention him, Cruz is the only other candidate qualified under current rules (or will be come Saturday when Wyoming finishes its delegate selection process).

If you mean any other candidate that is not Cruz, we need a discussion of the last minute change of rules that would allow that and whether changing the rules at the end of the game (and in an unprecedented way) is Calvinball type cheating.

Nominations ARE corrupted AND stolen! Ask Ron Paul delgates from 2012.

Ask the RPV about the unbound/At-large delegates who we’ll be presented a slate in a few weeks! Who will make THAT choice?? Answer: the party insiders! IF we let them!!

Sorry; but I won’t sit back and let that happen…

Although I undetstand why you’d want it — it’s the only way Cruz can CHEAT his way in!

I was a Ron Paul delegate in 2012. The RNC is as currrupt as it gets! What many don’t know / remember is the VA delegation was stuck on a bus for four hours. “The Plan” prevent the delegation from arriving and Morton Blackwell stopping the Romney rule change.

Lesson learned from that is… use Uber or walk but don’t take the GOP provided transportation.