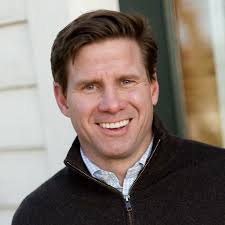 The withdrawal of Senator Mark Obenshain (R-Harrisonburg) from Virginia’s 2017 governor’s race leaves conventional wisdom and the usual suspects to opine that Ed Gillespie is the lock to win the ’17 GOP gubernatorial nomination.

Although Gillespie will enjoy the support of the “establishment” wing of the Virginia GOP (if there is such a thing) and have Obenshain’s blessing, winning a nominating convention will be a tall order for the K-Street darling and serial lobbyist.

Gillespie barely beat back a woefully underfunded convention challenge for U.S. Senate in Roanoke in 2014 by Shak Hill — who raised a little over $20,000 and ran what amounted to a Mail-Chimp campaign.

Gillespie’s narrow loss to Sen. Mark Warner (D-VA) buttresses his narrative for sure. But he failed to win in a watershed GOP national landslide year of sweeping proportions.

Democratic insiders call him the “most dangerous Republican in Virginia.” And for good reason. He’s from Northern Virginia. He’s a businessman. He’s a political outsider. He’s not bought and paid for. He’s a solid economic conservative. And he’s tough as nails.

He ran a top-notch convention race for LG in 2013 and came from nowhere to finish second. He’s done yeoman’s work in the financial trenches for the RPV and has helped unit chairs at the grassroots level.

Snyder will run for governor.

[…] won’t run for governor in 2017 (Too bad, was really looking forward to it! LOL) *Snyder Readies His Run…For Virginia Governor (What a pathetic joke.) *Virginia Republicans Expect Ed Gillespie to Run for Governor *New […]

What about Bob McDonnell? The comeback of the century?

Joe Morrissey did it!

Love you John, but you’re wrong on several counts in this piece. The biggest error is to say that Ed barely beat back Shak Hill. Shak lost soundly. We carried every CD but the 5th – the only other close CD’s were the 7th and 10th. However, the 7th didn’t count Chesterfield (it was in the 4th as the majority of its land mass is located there) where we carried almost 80% of the vote. The 10th likewise didn’t count Fairfax or PWC for similar reasons. Also – beating someone by 20% in both the raw and weighted votes in a nomination method best suited for candidates like Shak is a far cry from this “barely beat” rhetoric.

As you know, I worked for both Ed’s and Pete’s teams. Ed had by far the superior convention game. I love Pete to death and am very loyal to him and would support him for LG or Gov (unless he runs against Ed) in a heartbeat. But let’s get the narrative correct.

Wow Alec, as always thanks for the great feedback and the clarification. Everyone is entitled to their own opinion, but facts are stubborn things! I appreciate your candor. BTW, good luck with the Tony Pham campaign! Lets have him on our show again soon! Best Always, John

Absolutely John, ones opinion or preferred candidate is one thing and something I would never begrudge an individual – but the numbers from the 2014 convention speak for themselves!

Thanks for the information and getting my facts straight! Good luck in your Tony Pham race!

I thought Rob Wittman was the appointed (annointed?) one?

As I read some of the preceding comments I cannot help but wonder… Obama gave out “Obama phones” as incitements for votes, and some commenters below are raging about Pete’s BBQ. I sure hope it is tongue in cheek, because I would sure be dismayed to think true Virginia Republicans would sell their votes for an annual BBQ shindig

Not to worry – us raving about his BBQ is all in fun – tongue in cheek.

I was at the convention in Richmond, for the previous Gov/LtG/AG selection process. My observation was that Snyder/ camp followers DID NOT run a top notch campaign, rather a manipulative, underhanded effort to aquire/ steal the LtG nomination. Jackson was the high vote receiver at each ballot cycle, and the Snyder organization false flier endorsement campaign prior to the last two ballots was underhanded and a double effort to manipulate the outcome. …. If Snyder becomes the R(INO) candidate on the election ballot, I will most likely leave my ballot empty for the governor vote

You’ve got my attention.

Ohhh, you are SO right! How many state VTPPF summits has RINO Ed ‘TARP bailout’ Gillespie been to??? Answer: 0, zilch, nada!! Pete Snyder, on the other hand, has been to plenty. Pete’s got IT – broad-base appeal!

i’m all in for The Pete’s Pig-Rig!

If Mr. Snyder wins the nomination and election he will be the Virginia Governor to sign Employee Misclassification Legislation.This legislation has the opportunity to set a national standard. Will he take atvantage of this great task or fall short and allow Virginia to continue to provide the shadow for criminals , illegal aliens and child support dodgers to continue to administratively hide. These shadows are nothing more than a public safety , nation security risk allowed for profitiers.
I wonder will he remain in step with Commissioner Davenport or be more like Ken C. And McDonnell and not forward unlicensed violators to DPOR for a proper adjudication process { an administrative abstruction of justice }.
He won’t be able to speak of job creation with credibility when Virginia does not enforce the Va. Employment Compensation properly. He can not be complicit to this issue it will fester.

John: You invited me to speak on your show during the 2012 Lt. Gov, race. You were very gracious and I owe you a debt of gratitude. How can I get in early on the Pete Snyder train?

If the John Gray posting is the same John Gray who is known as the political chameleon in PWC after running under three different party affiliations against Chairman Stewart, take my advice don’t touch him with a ten foot pole.

I am a fan of Corey Stewart!

Gotta say, being something of a snob when it comes to pulled pork, Pete’s is THE BEST I have ever had. It’s fantastic.

Any BBQ made with a non vinegar based sauce is not acceptable. You think a guy running for office in VA would understand this.

Now why would a guy running for office in VA embrace the Carolina-style (which is the vinegar-based kind) BBQ?

Besides I thought Virginia-style BBQ is tomato-based.

Pete’s sauce is Memphis BBQ. His wife is from there and it was there that he won awards for his BBQ. I have explained to him that he needs to embrace the vinegar sauce her in Virginia.

The most popular BBQ in the Commonwealth is vinegar based.

Pete and I have had that discussion. His pulled pork is so good, it doesn’t need sauce, vinegar or any other sauce. Seriously, the meat is that good.

Both are very fine men.

Pete Snyder is a dynamo.