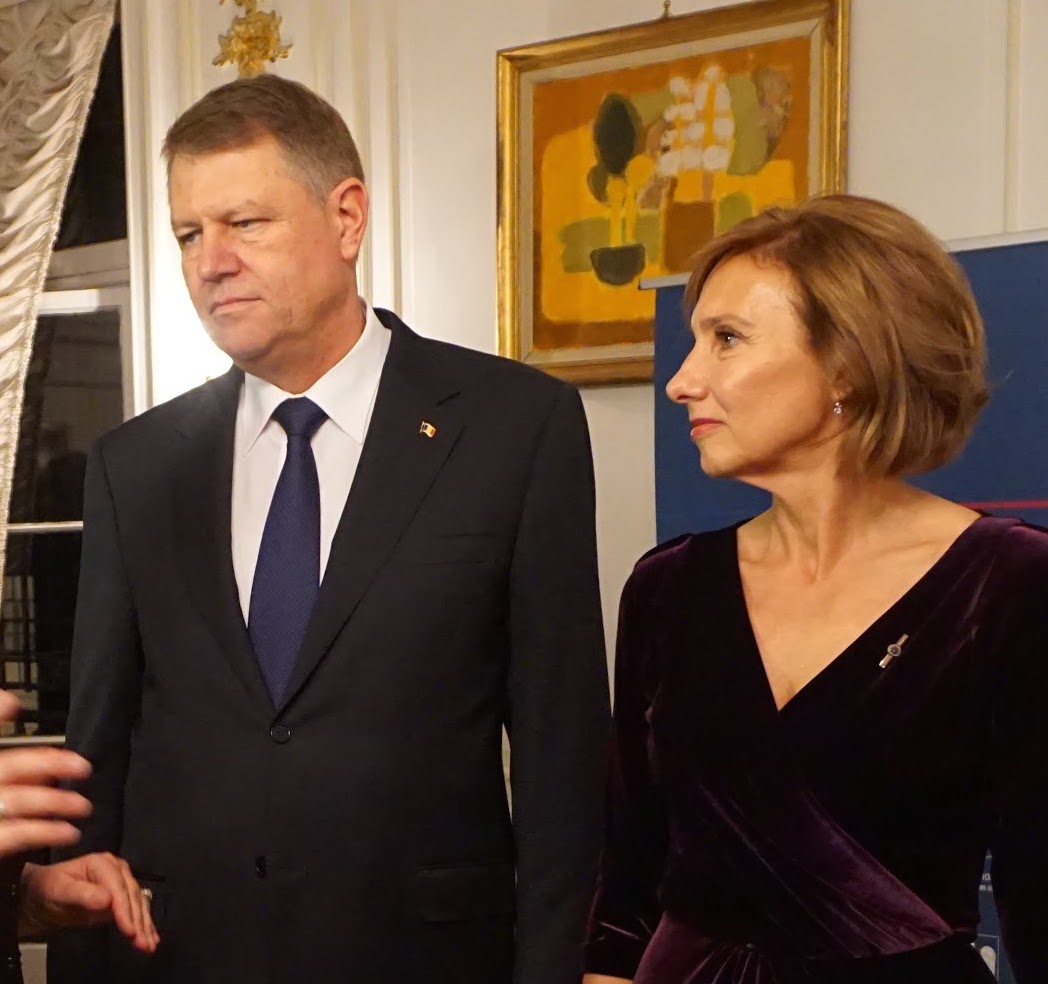 Social Justice Politics Have Made Their Way into Romania

Politics in general have always been dirty, hard to grasp, and corrupt, but lately it has been irrational, based on the current low information electorate who, although bombarded with more information than ever, is more easily swayed or bullied into submission to a predetermined result.

People still vote based on their own preconceived notions, interests, the candidate personal charisma, their philosophy, and misinformation from the MSM they accept as absolute truth, without bothering to check on their own either because they are either too busy or too lazy. Electioneering by volunteers or by paid individuals further muddies the waters. People know that politics make strange bedfellows.

Some individuals promise their votes for empty promises, a drink, a chicken in every pot, a cheap cell phone, walking around cash, higher salaries, government contracts, or a sought-after position – it depends how high the voting stakes are.

The political atmosphere in Romania is as frustrating as that in America, involving many parties in Parliament, with a vast cadre of uneducated people, characters in a reality show composed of “red herrings” – misleading puppets and distractions from the larger picture in which the real global movers and shakers perform their acts of social engineering in an effort to destroy statehood and distinct historical nations with boundaries.

One of the global movers, the European Union, has appointed Laura Codrut Kovesi to one of its higher posts of European Chief Prosecutor, in an effort to show Romanians that their voices matter in the EU’s overall globalist effort. Nobody can accuse them of not being inclusive, they now have another rubber stump for their plans. She is much beloved by young Romanians and by Transylvanians who are much more cosmopolitan and globalist inclined.

In the name of the law and anti-corruption, she was chosen to create an institution in which orders are followed in order to introduce the desired outcome.

Politics and loyalties are upside down in Romania. The global #resisters who work for NGOs (non-governmental organizations) claim to be liberals on the right. Those on the left, who tend to be nostalgic for communism, are quite dumb as politicians go and are very nationalistic which infuriates the #resisters.

Communists allegedly no longer exist as the party has been ruled out of existence, but all children of important former communists, of Securitate personnel, of the Communist Party enforcers, and of the old torturers under communism, have cleaned up their image and have become “hashtag-ers” and big pro-Europeans.

PSD (The Social Democrat Party) with 158 seats in the Chamber of Deputies is the governing party in Parliament. PSD was founded by Ion Iliescu, the first president of Romania after the “revolution” of 1989, himself a former communist and member of the nomenklatura.

Following the “fall” of communism, Ion Iliescu served as Romania’s president until his retirement in 2008, which proves that communist indoctrination is hard to eradicate. PSD’s current leader is Viorica Dancila, Prime Minister, replacing Liviu Dragnea who was accused of “abuse of service.”

PNL (the National Liberal Party) holds second position in Parliament with 69 seats. Founded in 1990, PNL is the “conservative” liberal party, the social liberals of the party by the same name that existed in 1875-1940s under the Kingdom of Romania.

D. Roby explained that politics is very complicated in Romania. “PNL is the party of the mainstream, PSD is the euro-skeptic party, and USR (Uniunea Salvati Romania) is the sort of the Soros-educated party filled with people who range in spectrum from globalists, to Hungarian nationalists, to young people in Cluj [western Transylvania] who hate Bucharest [the capital] and dream of getting autonomy for Transylvania and one day separating from the rest of Romania.”

President Johannis, a Transylvanian from Brasov and a Romanian of German heritage, was a potential successor to the European Commission President but he did not make the cut to replace Junker. President Johannis may or may not be a globalist but he sees Romania’s success in the future tied to its participation in international institutions such as the European Union. Romania became EU member in 2007.

D. Roby said that “Romania imports more consumer goods than it exports” and, as a result, the majority of people in Romania, who are still poor by European standards, are paying for overpriced imports from Western Europe, sometimes produced with inputs purchased cheaply from Romania, (i.e. native berries which grown abundantly in Romania are made into an expensive berry preserve in Germany) when Romanians could have produced such consumption goods cheaper on their own domestic market.

Additionally, many consumption goods are inferior in quality, produced specifically for the Romanian market. Roby cited a recent scandal in which Milka chocolate bars made in Germany for export into Romania allegedly tasted different than the chocolate bars made in the same factory for the German market due to the use of cheaper ingredients.

Certain aspects of the reality that existed under Ceausescu’s communist party dictatorship, are still found in 2019.  “A hard-working person who makes an honest living is branded as a thief while a smart-alecky individual who lies, cheats, steals, misrepresents, and forces others to pay him/her bribes is idolized as a hero who beat the system.”

Workers are still expected to venerate the low-paying jobs and never complain when they work long hours as if they were in a labor camp. Foreign national companies are still paying skilled Romanian workers low wages and expect them to deliver stellar performance.

An article by Valentin Busuioc in Lumea Justitiei (World Justice) magazine described President Trump speech at the U.N. on September 24, 2019 as “explosive” and meant to “shut up all the propagandists from the #resist crowd in Romania who “agitate to destroy the national values in the name of globalism, no matter what the price.” Busuioc wrote that politicians in Romania should not allow themselves to be influenced by “the [globalist] dream of national traitors.”

Busuioc also touched on the political issue of the “growing industry of radical activists and non-governmental organizations that promote human trafficking. These groups encourage illegal migration and demand the erasure of national borders.” The social justice rhetoric has transformed innocent humans into pawns of the phony social justice politics of the American left. Romanians have become victims themselves to the forced economic migration quota under the guise of refugees planned by the United Nations and enforced by the EU leaders in Brussels.
https://m.luju.ro/trump-le-a-dat-moarte-rezistentilor-presedintele-sua-donald-trump-a-avut-un-discurs-fulminant-la-onu-care-sa-le-fie-lectie-vanzatorilor-romaniei-daca-vrei-libertate-fii-mandru-de-tara-ta-daca-vrei-democratie-pastreaza-ti-suveranitatea-daca-vrei-pace-iubes

Swayed by corrupt politicians whose motives they barely understand, low information Romanian voters, not unlike some of our American voters, continue to turn at the polls to elect those who will eventually dissolve their borders and their own country for which their ancestors fought so hard to preserve.

Social Justice Politics Have Made Their Way into Romania was last modified: October 27th, 2019 by Guest Contributor Dr. Ileana Johnson