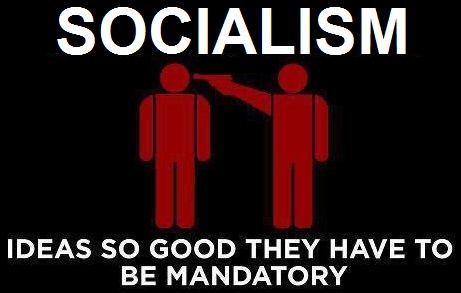 Dr. Ileana Johnsonâ€™s wonderful article â€œThe Prison of Socialismâ€ doesnâ€™t do sufficient justice to the horrors of socialism and communism. Â Yes, it does mention violence to and enslavement of populations living under such regimes, but it doesnâ€™t describe the scope of population destruction. Apparently, the lessons of the 20th century need to be repeated for subsequent generations who have been misled into extolling the virtues of the socialist and communist ideologies. Â

There are, of course other 20th century genocides. Â The Turkish facilitated Armenian genocide basically wiped out millions of Armenian and other ethnic minorities. Â The Rwandan Massacre is the most recent genocidal slaughter having happened in 1994. The WW-2 slaughter of upwards of 30 million Chinese by the Japanese military is the largest genocide not specifically associated with socialism or communism.

The other day, Hillary Clinton, an avowed advocate for global socialism, made the following statement, â€œYou cannot be civil with a political party that wants to destroy what you stand for, what you care about. Â Thatâ€™s why I believe if we are fortunate enough to win back the House and or the Senate, thatâ€™s when civility can start again. But until then, the only thing that the Republicans seem to recognize and respect is strength.â€ Â Combine this latest statement with her pre-election comment regarding President Trumpâ€™s supporters, â€œYou know, to just be grossly generalistic, you could put half of Trumpâ€™s supporters into what I call the basket of deplorables. The racist, sexist, homophobic, xenophobic, Islamaphobic â€” you name it. And unfortunately, there are people like that. And he has lifted them up.â€

There is no question that the leadership of the Democrat Party is in full anarchy mode, and they are willing to encourage and do anything to push the global socialist agenda against the will of the American people. Â To ignore the danger here is foolish and, frankly, deadly. Thus, a reminder from the 20th century:

“We are socialists, we are enemies of today’s capitalistic economic system for the exploitation of the economically weak, with its unfair salaries, with its unseemly evaluation of a human being according to wealth and property instead of responsibility and performance, and we are all determined to destroy this system under all conditions.” — Adolf Hitler. Â He isnâ€™t the only one ——–.