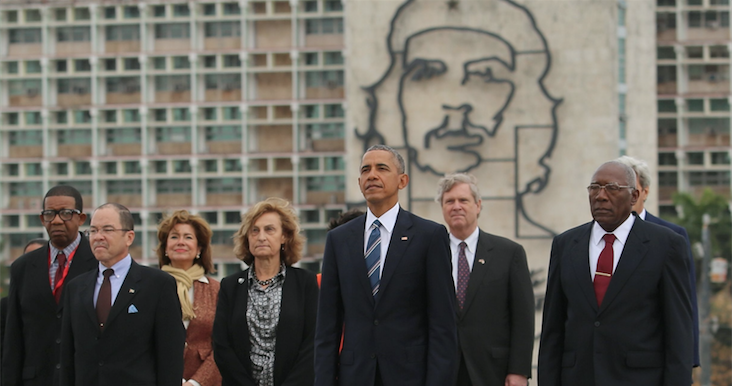 In the years between socialism and its inevitable failure, waits communism and other grotesque forms of totalitarianism. Collectively, they all share a core ideology built on the will for absolute power, control, human degradation and a fixation on death – first crushing the soul of life, then inevitably destroying the breath of life.

At its heart, the socialist model in its various forms is simply evil, confirmed first by its fanatical rejection of the Judeo-Christian ethos, and the God-ordained rights of liberty in mind, body and soul invested in the individual.

Socialism and its clan are so irreconcilable to genuine Christianity and Judaism, that they become the first and constant target for destruction and eventual abolition by the radical left when they gain any measure of power. Always.

(Which makes one wonder about the real motivation of the “progressive” cadre of Christians who seek to employ Marxist dogma and the power of the state to do what they themselves are called to do.)

As an ideology socialism also stands outside every observable impulse of human nature; both that nature which is a reflection of its Source,  and the nature that we come to understand in our human interactions about self-responsibility, the character of work and creativity, the critical role of family, and the individual value of both the ordinary and the exceptional.

The popular allure of socialism is the belief that there is some form of perfect society and some faultless process by which every human can escape the hardship of work, the yoke of consequence, and the imperfect results of our emotions.

Untold hundreds of millions of innocent people have paid with their blood for that human vanity.

Two current events bring this subject to the front burner.

One is the presidential campaign of Senator Bernie Sanders (D-VT), the only openly socialist member of Congress. The second is the recent trip to Cuba by President Obama, himself a young student of Marxism for nearly a decade under the tutelage of the infamous card-carrying Communist and activist, Frank Marshall Davis, and later as a young adult, a disciple of the famous Chicago Marxist, Saul Alinsky (also a personal mentor of Hillary Clinton and the subject of her thesis).

Sanders presents us an illusion, that somehow we can have “free” stuff without effort, at someone else’s expense; and Communist Cuba shows us the corruption and failure of that idea in practice, and the cost in treasure and innocent blood.

This writer has studied and reported on the worldwide communist movement for years, documenting it horrors in the former Soviet Union, China, Vietnam, Cambodia, and in this hemisphere, including Cuba and the short-lived revolution on the tiny island of Granada (The Foreign Policy of the Revolutionary Government of Grenada, 1984).

But Cuba is a timely example of socialism’s evil and murderous inevitability because it has gone from a relatively rich country to extremely poor country right in our own backyard in little more than a generation; it is like a fruit fly in scientific research, easily studied because its short maturation cycle is easy to track.

Cuba, like most of the Caribbean, Mexico, and Central and South America, has been plagued from its beginning by incredibly corrupt governments. Prior to Fidel Castro entering Havana as a liberator in 1959, Cuba had been under the thumb of a Cuban Army officer, Fulgencio Baptista for two decades. He was a typical strongman of the era, vicious and thoroughly corrupt (and famously in business with the American mobster, Meyer Lansky), and stole or stopped numerous elections where either he or his cronies were threatened with defeat. The American government foolishly ignored the evidence that average Cubans, including a vibrant and well educated middle class, despised Baptista and his henchmen.

The charismatic Castro’s rebellion against the Baptista government took nearly a decade (interrupted by Castro’s capture and eventual release by Baptista), and when he came to power, Castro was wildly popular with the average Cuban. He promised an end to corruption, elections within three months, a free press, protections for private property and businesses. And based on those promises, the U.S. quickly recognized the new government.

These promises were central to Castro’s enthusiastic reception by the average Cuban, because at the time, and in spite of Baptista’s corruption, Cuba was the most prosperous country in the Caribbean and Central America. Even though the American media presented Cuba as a near medieval economy, the truth was far different. The island’s agricultural sector was a robust exporter, with tens of thousands of small farmers, on farms that averaged 140 acres, supporting agricultural daily wages that were actually better than some European countries. Nearly 70% of the population lived in the islands thriving urban areas, and Havana was a well-established and bustling tropical vacation spot, even before Lansky and the mob brought casinos to the island. (Ironically, Cuba drew immigrants from throughout the Americas.)

But Castro was only playing to Washington and the gullible Western media. This son of a wealthy Cuban farmer was already a hardened Marxist by the time he enrolled in the University of Havana. His first “coup” was accomplished by the murder of his rival for control of the campus Marxists, whom he shot in the neck.

Within months of taking power in Cuba, after he had forestalled any military action against his government though his beguiling of the West, the Soviets, East Germans and Bulgarians began pouring into Cuba, and the hard work of turning Cuba into a third world hell-hole began in earnest.

The once large exporter of food stuffs and tobacco, became a captive client state of the Soviet bloc, and its food production dropped dramatically because of its insane practices of collectivism. As income collapsed, even more small farms were collectivized (many actually burned to the ground on purpose). Finally, with 60% to 70% of its food being imported, drastic rationing was instituted and is still in effect, enforced by jail terms for violators.

On an island of six million people, the number of Cubans murdered by the Castro gang will never be known, but many educated guesses put the number upwards of a 100,000 in all. In addition, the real number of exiled, imprisoned, and escapees will never be exactly known.

But we do know, thanks to Forbes Magazine, that the Fidel Castro has a personal worth of around $900 million dollars. It’s good work being a communist liberator.

When Bernie Sanders gushes his socialist mantra, this is the reality of what he proposes. It is the inevitable result.

Obama, of course, has only been slowed by the brakes of the Constitutional order. But his proudly deliberate photograph in Havana with the iconic figure of Castro’s mass murdering sidekick, Che Guevara (who delighted in personally shooting prisoners in the back of head with his pearl handled .45), towering in the  background, tells anyone who is paying attention where his heart lies.