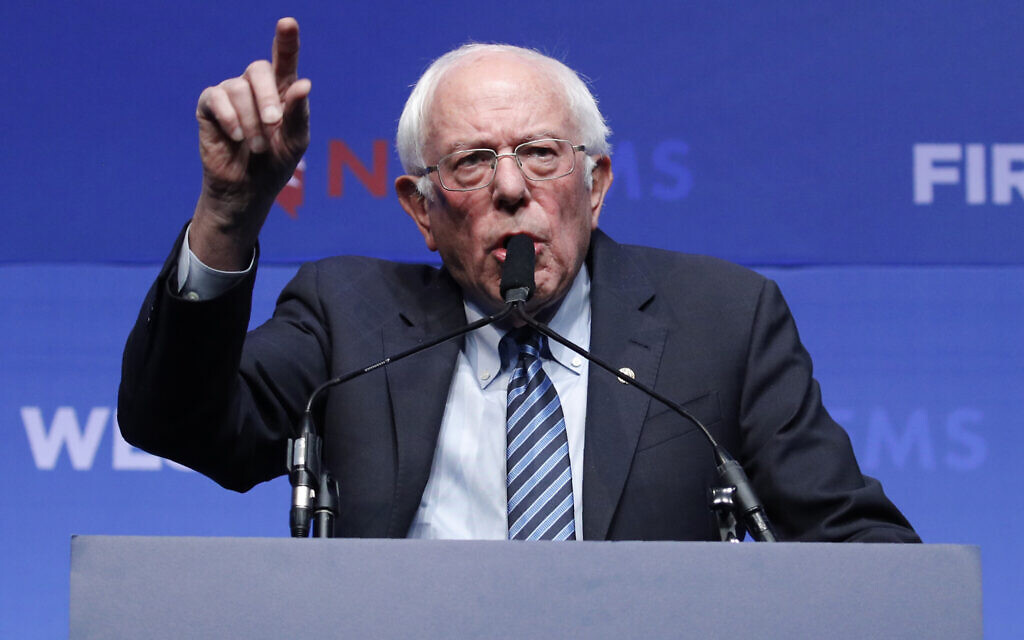 Now that a naked Marxist has won the New Hampshire Democrat primary, perhaps their 1945-adopted motto should no longer be â€œLive Free or Die,â€ but â€œLive Marxist or Die.â€

The Democrat Party has re-branded itself into full-blown socialists and their voting base doesnâ€™t seem to mind. Who would object to promises of free college tuition, free healthcare, free housing, food, guaranteed employment, equal pay, and other freebies?

Young and indoctrinated Americans believe these empty promises because they are ignorant of history and of how the Democratic Socialist Republics under the boot of the Communist Party have built their oppressive empires. (China, Cuba, Russia, Vietnam, Poland, Yugoslavia, Romania, Czechoslovakia, Hungary, Bulgaria)

How did the former Soviet communist satellite countries build their socialist economies? Nikita Khrushchev explained it quite well, â€œWe denied ourselves a great deal and restricted ourselves with regard to food, clothing, and production of consumer goods, and each ruble saved was invested in the construction of factories and mills for heavy industry, in erecting power stations. We made great haste in this matter because we knew, â€¦ the imperialists would crush us and would destroy the country in which for the first time, workers and peasants, the working people, had come to power.â€ (Fifth Congress of the Socialist Unity Party of the German Democrat Republic, July 11, 1958)

The propaganda disseminated before the commies took complete power was bellied by the full state ownership of the land, the total economic control and management in the hands of the state and thus of the few in power, with the Communist Party directing â€œthe entire socialist building.â€ It directed â€œthe development of agriculture and industry along a single path â€“ the path of building a communist society.â€ (Moscow broadcast to the USSR Supreme Soviet, March 27, 1958)

In a report to the 21st Congress, Current Soviet Policies III, Khrushchev said that â€œHerein lies the superiority of socialism, under which production is not subjected to the aims of deriving profits but to the maximum satisfaction of the needs of all the members of society.â€

I suppose such rhetoric fooled the useful idiots then and the American useful idiots today enchanted by socialism, but those of us who lived for decades under the hardships of economic mismanagement of central planning by the Communist Party know better and fully understand the lies. We prefer to live under capitalism because we love to eat, have a decent roof over our heads, water, electricity, good medical treatment, available medicines, shoes, and toilet paper.

The socialist economy produced many obsolete models of machine-tools, shoddy parts with faulty designs, poorly finished, and performing inadequately. The supply and demand of capitalism eliminates such useless production. Without competition and standards of quality, the socialist products were given â€œan arbitrary value regardless of its usefulness or salability in the capitalist sense.â€

A huge staff of inspectors did not eliminate the low-quality articles that flooded the socialist economy. To shirk responsibility and punishment for failures, factory managers refused to accept orders for new equipment which resulted in even more severe shortages of parts and finished products.

Even though the Communist Party tried to copy the high level of industrial development of the United States, the envy of the entire world, Khrushchevâ€™s predictions never materialized fully as he promised in Pittsburgh, September 24, 1959. â€œUnder revolutionary conditions, on a new social basis, we utilized everything valuable that you had created, and we proved that your achievements could not only be equaled but also surpassed.â€

The socialist system based on the Soviet economic model is like â€œtotal all-embracing monopoly capitalismâ€ in which the Communist Party controls and manages everything. Despite the boastful rhetoric about ownership of the means of production by the people and for the people, â€œworkersâ€ had no real control of any capital assets and they did not receive â€œeven as large a portion of their own total production as do most employees of capitalist monopolists.

Socialism, under the rule and control of the Communist Party, did succeed in creating a class warfare in each nation where it took hold, enriching the prominent members of the Communist Party and impoverishing the rest of the population after all their assets, wealth, guns, homes, land, and other private property were confiscated.

After World War II, Russia emerged as â€œan imperial power, with Eastern Europe firmly in the hands of its army and police.â€

Marx and Lenin outlined the â€œcontradictions in the capitalist systemâ€ in their communist theory based on the â€œassumption of struggle among rival groups and ideas (contradictions) from which one system (communism) will emerge dominant.â€ Unfortunately, too many people bought into this faulty theory which resulted in the eventual murder of 100 million around the world. By the time they realized and understood the reality, it was too late to overturn it by peaceful means.

As it turned out, no war is necessary today, just an effective globalist indoctrination which was implemented via aggressive socialist education in the last four decades.

Khrushchev advocated a â€œconquest without war.â€ His believed that, when the USSR became the leading industrial power in the world, and when China became the mightiest industrial power and all the socialist countries together produced more than half of the world industrial output, then the situation will change drastically.

The communist Chinese had made faster strides when they adopted communes, â€œwith 500 million peasants living and working under strict military discipline, women being freed for work by child nurseries.â€ The Chinese believed that communes were a short-cut to communism, bypassing the Soviet socialism.

Khrushchev was less enthusiastic about communes because, he said, â€œthe Soviet Union was too poor for egalitarianism.â€ The Soviet communes, tried after the 1917 civil war, were described as such, â€¦â€ all wanted to live well but at the same time, to contribute as little labor effort as possible to the common cause. Or as one may put it: to work according to possibility, but to receive according to requirements. Nothing came of many of these communes.â€ (Time, June 27, 1960, p. 20)

Some socialist countries attempted to catch up with the west through back-breaking hard work, extreme sacrifices by the people, reverse-engineered technology from the west, and heavy western foreign investment looking for cheap labor to make their products. The â€œwar of nervesâ€ translated into their version of â€œpeaceful coexistence.â€

For decades the people living under the socialist states and the Communist Party boot were forced to accept the insufficient material-technical basis for their dissatisfaction. The communist rhetoric urged their unwilling subjects to â€œheighten their working people socialist consciousness,â€ empty words that translated into more voluntary suffering of their living standards.

Socialism and its next stage, communism, offer nothing but a â€œsupreme exploitation of the working people for a mirage of an oppressionless, â€˜withered-awayâ€™ state, a regime of the whip, of denial and sacrifice, of stoicism â€“ all rationalized with a promise of a higher standard of living in the future,â€ a standard that never materialized.

Had the Eastern European socialist block really caught up with the west before the countries dissolved themselves in 1989? To get the right answer, all you had to do is look how poorly much of the population lived. The socialist/communist man struggled each day to find bread, milk, butter, meat, and other necessities and staples by standing in interminable lines. When the Soviets were developing Sputnik, their workers were just wanting to own a bicycle or to find bread each day.

The one world socialist system ruled by the Communist Party, the so-called â€œdictatorship of the proletariat,â€ is still â€œimperialism directed by a new elite.â€ Communism is autocratic, oppressive, and highly inefficient. It is a super welfare state with the medical care standards of a charity clinic in the developed world. â€œPosition, party membership, privileges, and adequate housing are largely restricted to the new communist aristocracy.â€ The Utopia of plenty for all is just that, a pipe dream.

A socialist today does no need weapons or ugly grey uniforms â€“ he/she just needs a sharp tongue, a microphone, a compliant mass media, and a convincing stream of meaningless and empty verbal promises.

It appears that Nikita Khrushchevâ€™s dream of conquering capitalism without war may become reality this November 2020 if Americans are going to elect the Marxist Bernie as their president. Happy and excited multi-generational Americans are busy destroying their own country, collapsing it from within, because teachers have told them capitalism and America are evil. They are marching in synch over the socialist cliff to the drumbeat of the self-described Socialist Democrat presidential candidate Bernie Sanders.