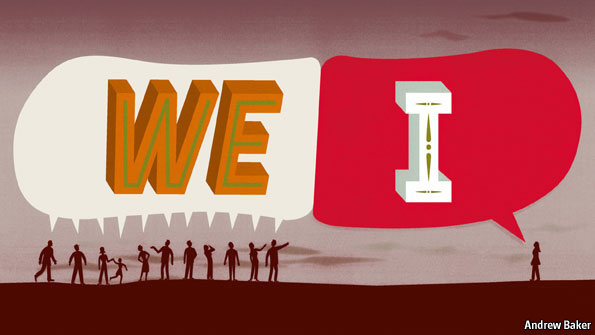 Societal Needs vs Individual Rights: A Look at Past and Present

I’d like to take a moment to address a theme several Democrats running for seats in the House of Delegates this fall have campaigned on: The concept of “societal needs” and its relationship to individual rights.

I’ve heard the line “The needs of society outweigh the rights of the individual”, or some variation thereof, used quite a bit in the aftermath of the 2016 election and the ensuing debates over a litany of heated issues, perhaps most notably the future of healthcare in our country. Usually the argument that “societal needs” outweigh the concerns of individuals follows the premise that whatever the issue, there are two sides – one which advocates for selfish individualistic desires, while the other stresses the seemingly more altruistic position which discards one’s own personal impulses in order to benefit society as a whole. On paper, the latter thinking seems rather enlightened and apparently recognizes what is best for an individual may not be best for others. This sort of logic makes for great feel-good and heartwarming stories, the bread and butter of retail politics, but the logic behind it presents the false dichotomy that it is necessary for the rights of an individual to be sacrificed in order for the needs of society to be met. One must look no further than Venezuela to understand that when the people accept the premise that such a trade-off is necessary, we see tragedy unfold shortly thereafter. The South American nation, rich in oil, and famous world-wide for its natural beauty, stunning beaches, abundant natural resources, and industrious people, has fallen victim to a political class which sold the public on an either or proposition: Individual liberty or societal progress.

Venezuela is nothing new however. The only thing more tragic than the events unfolding in Caracas by the hour is the fact that history is littered with the corpses of millions of men, women, and children of those who fell victim to the end results of this collectivist philosophy. Perhaps the most notable example of the destructive nature of pitting “societal needs” against individual rights is the French Revolution itself. At the height of the revolution in 1792, the French monarchy was abolished and the former French King Louis XVI was put on trial by the National Convention. At Louis’ trial, many of the deputies loudly called for the death sentence on the grounds that Louis’ execution was necessary for the French Republic. Robespierre himself for example famously pronounced that “Louis must die so that the nation may live.” Robespierre’s did not argue that Louis had broken any laws (incompetence is not punishable by death), nor did he make the case that his execution was in keeping with the rule of law or a mechanism to achieve justice. Instead, he and 360 others, were willing to sacrifice Louis’ life on the grounds that his death was necessary for the rest of French society. The warnings of others such as Thomas Paine, who argued “Kill the King but spare the man”, were ultimately drowned out.

Within a year, France descended into a level of chaos unrivaled by any event in the history of America, including our own Revolution and arguably even the Civil War. The destruction which visited France in the aftermath of Louis’ execution can be attributed in large part to the victory of the collectivist argument that the needs of society outweigh the rights of the individual. It was this awful precedent, that a man can be executed not for committing a crime, but merely for the satisfaction and progress of society, which ultimately paved the way for the Reign of Terror to be justified. Perhaps Jules Michelet put it best when he said: “If we accept the proposition that one person can be sacrificed for the happiness of the many, it will soon be demonstrated that two or three or more could also be sacrificed for the happiness of the many. Little by little, we will find reasons for sacrificing the many for the happiness of the many, and we will think it was a bargain.”

By 1796, As many as 450,000 French men, women, and even children were guillotined in public squares across the country, drowned in the Loire River, or shot by firing squad. Michelet, in writing about Louis’ execution makes a valid point. Once you accept the fact that people are disposable in exchange for “the needs of the many”, there is nothing that can stop you from sacrificing 49% of the population for whatever purpose the remaining 51% deem fit. The logic behind “the needs of society outweigh the needs of the individual” has lead to everything from the Reign of Terror, to the Armenian Genocide, the Holodomor, the Holocaust, the Cultural Revolution, the Great Leap Forward, and the Year 0. Every government-sponsored terror, every mass murder, every genocide, and every man-made famine can be attributed to the destructive nature this argument brings about. The logic of the enlightened Left may be centered on compassion, bode well in a university class room, it may even play well on the campaign trail, but when taken to its final conclusion, it ultimately results in the devaluation of individual human rights and even life itself. Rather than lead to compassion and care for society, those who advocate that the needs of society outweighs the rights of individuals are advocating for a system which will slowly, and then rapidly destroy people by first stripping away their individual rights, then their humanity, and finally their lives. When you accept force, coercion, and violence as the ultimate tool for accomplishing happiness, you certainly get the violence, but instead of accomplishing happiness there is only misery.

How many candidates are running for the House of Delegates (or any office for that matter) on a platform which includes mass murder and civil collapse? None. But then again, how many members of the National Convention were elected on similar platforms in the 1790s? How many members of the Venezuelan Parliament campaigned on famine, hyperinflation, and rolling blackouts? History is filled with disastrous policy consequences but few true monsters. The often declared good intentions of those who wield the sword is not a sufficient guarantee of our rights, security or prosperity. That is why it is absolutely critical that we understand not only the philosophical foundations of the people we elect, but the logical outworking of their philosophies.

Societal Needs vs Individual Rights: A Look at Past and Present was last modified: May 9th, 2017 by Guest Contributor Christian Heiens

Christian Heiens is a resident of Culpeper, Virginia. He graduated from James Madison University with a BA in Political Science and a Minor in History.

Survey says: Comey is out on his ass.

“We the People of the United States, in Order to form a more perfect Union, establish Justice, insure domestic Tranquility, provide for the common defence, promote the general Welfare, and secure the Blessings of Liberty to ourselves and our Posterity, do ordain and establish this Constitution for the United States of America.”

Ever wonder why politicians never listen to the people? Maybe they can see our future.

Well written, eloquent defense of individual rights and the foundations of freedom for all. Christian distinguishes himself as an informed, engaged young citizen. On the likes of his shoulders will rest the future of our Republic. Thank you for your important contribution, Christian.