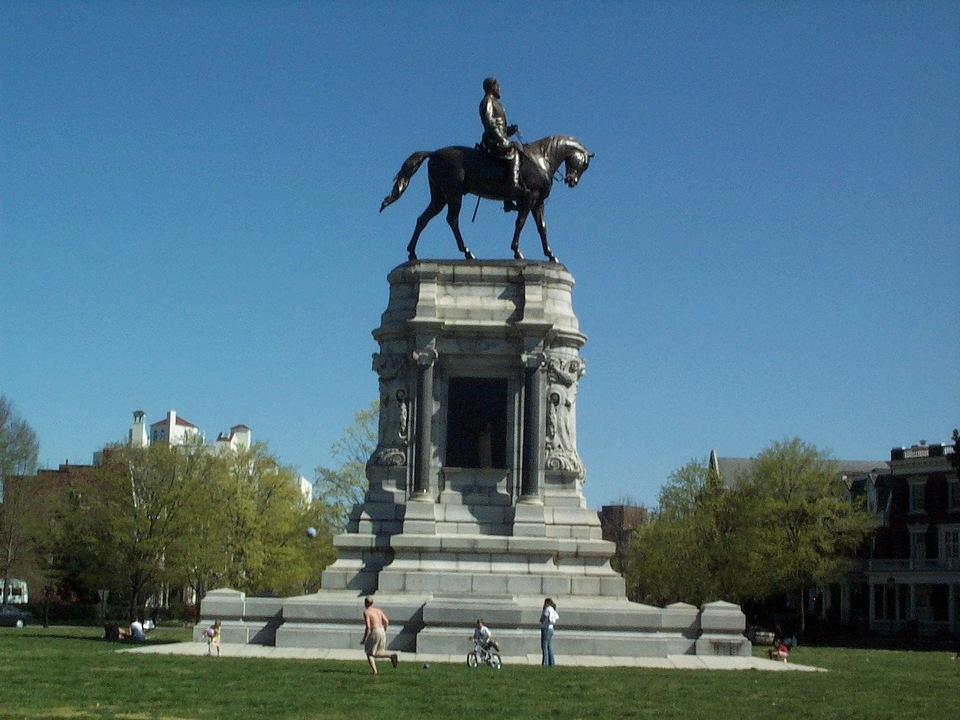 Some Friendly Advice For My Fellow Statue Defenders

The big issue this session, sadly will not be transportation or education, rather the Democrats look to make political hay out of forcing the General Assembly to allow local governments to take down Confederate monuments.

The left has always believed that America’s great fault was the rule of white men, and the Confederacy is the symbol of southern, yes, the lefties hate the south, male domination. There can be no signs of southern nobility. Lee, Jackson, and Stuart, if brought up at all, must be put in the same category as Hitler, Himmler and Goering. So, the statues must go.

Democrats think they have a winning issue. They must figure that only white males, with Virginia roots, will care, and most everyone else will either agree with them or keep quiet. This is the latest battle in the culture war.

Yet, I think this will backfire on them. Some strategies:

The Redskins owner came under intense pressure to change the team name. The PC crowd held rallies at every game, threatened boycotts, paid for TV commercials, got endorsements from major celebrities. Yet, Snyder stood firm claiming that the name, Redskins, was a proud name which stands for bravery and courage. He didn’t go wobbly as Margaret Thatcher would say. He weathered the storm. The controversy while not totally dead is at best in a coma. My suggestion for a legislator is to simply state at the beginning, “I do not support tearing down a single monument.” Stand by that one statement and the issue will be diffused.

Monuments and memorials are part of the historical record. They allow future generations to get a better understanding of different periods of history. In 500 years historians can look to our civil war monuments to better understand the events and the views of the participants. And when monuments are torn down history is in a subtle, but definite way lost.

A monument is like a book. It conveys information about an event, it gives context and it tells you what the people valued at the time. We don’t burn books and we should not tear down statues.

We also owe a debt to previous Virginians that lived through the period, raised the money for the monuments, and wanted to make a statement. Their voice should not be censored. A legislator might say, “A previous generation of Virginians put those statues up, and I will not in any way try to censor Virginia history.”

The Statues Are Art and Part of The Community

For example, Monument Avenue in Richmond is known worldwide for the beauty of the statues, it has been compared to Champs Elysees in Paris. People come for all over the world to see them. And no doubt the statues have become part of the city. Richmond would not be Richmond anymore without those statues. Manassas without Stonewall Jackson would not be the same. Actually, If it weren’t for Stonewall Jackson no one in the world would know Manassas exists.

It is A Waste of Time:

Even people generally in favor of taking down the statues know that doing so will not ease our traffic congestion, not help our schools, and will not reduce taxes. So, if we hang tough, like Stonewall Jackson or Dan Snyder, and not give in, the public will soon tire of the movement.

If your Democrat opponent brings up his desire to tear down another statue, you could perhaps respond, “Oh come on can’t we talk about a real issue that will affect the lives of average Virginians.”

Tearing Down Monuments is Orwellian.

It is just plain creepy to be tearing down a monument. When Hilter took over France one of the first things he did was to blow up the French WWI memorial. Stalin destroyed icons and monuments to the Czars, Robespierre got rid of all the monuments to Catholicism. Accuse your Democrat opponent of advancing a radical political agenda.