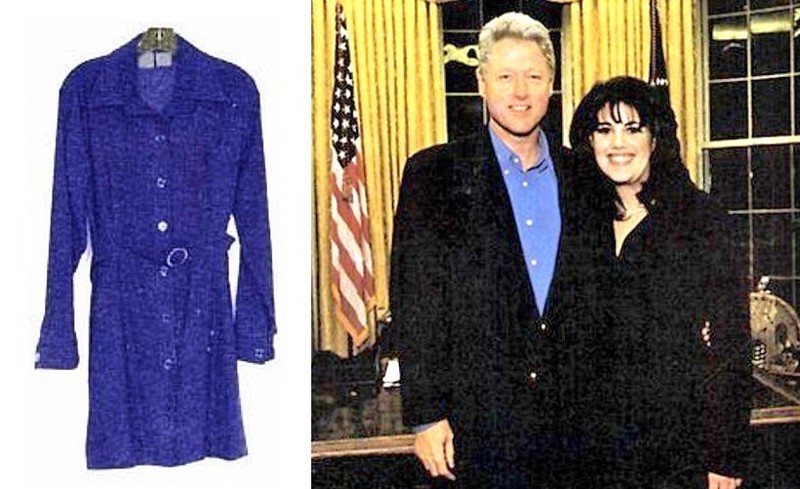 There is one thing certain, without men and women having sex there would be no human race.  Sexual harassment, on the other hand, is flexibly defined, often negotiable and constantly changing.  In today’s hypersexual harassment environment, the changes are toward an ever greater and expanded definition of what it is.

Accusations regardless of source, number and the passage of time tend to be considered legitimate.  Unfortunately, accusers do not have to submit to the legal process to be believed.  (Such an accusation process reminds me of the famous Dreyfus case where accusations were sufficient to send Dreyfus to the worst of French prisons.  Dreyfus was eventually freed thanks to evidence but the national stain still remained.  The Dreyfus case was about the worst of injustices based on accusations and blatant bigotry.)

Physical evidence of sexual harassment is or should be substantial and believable – but even then there is no certainty of outcome.  Senator Franken was forced to resign because of a photograph et al.  However, President Clinton was not forced to resign even though biological evidence was present and perjury was committed.

Are prior payoffs for accusations of sexual harassment proof of guilt?  Well, if it hasn’t been litigated then maybe it is and maybe it isn’t.  Nevertheless, any individual who pays off a nuisance suit should beware the future.  By the way, what about the “wolf whistle”, is that sexual harassment?  Apparently there are those in the UK who believe it should be criminalized.

What about situational sexual harassment.  A woman entering into a beauty contest, wearing a bikini on a beach, or modeling for Playboy is going to be ogled.  One of the women accusing Trump was a beauty pageant contestant.  She said she felt like a piece of meat.  Well, like it or not, that is the beauty contest and modeling environment.  There is also a woman who complained about NFL analysts.  She deliberately chose to be employed in one of the most testosterone filled environments on the planet.  In the case of the NFL, the players, new and retired, are millionaires who are constantly being hit upon by women wherever they go.   In such situations, flirtation is rather direct and overtly sexual.  These are not the supposedly courteous flirtations of the Victorian era.

How about accidental touch as sexual harassment?  Has anyone ever danced the fox trot or waltz with a woman without touching her?  What if the hand at the waist or small of the back is slightly below what some might consider appropriate.  How close is too close – some would suggest that if a man’s and woman’s clothes touch then that is too close. Under such circumstances, sexual harassment is in the eye of the chaperone or, for that matter, the decision of the woman who is being held.   This is now getting into very tough territory for any man.  When is accidental touching inappropriate sexual harassment?  For that matter, when is a compliment or conversational pleasantry sexual harassment?

Sexual harassment accusations are a serious subject because of their implications for human relationships and the law.  As someone who worked with lawyers and their customers, I saw a lot of self-serving accusations and claims associated with injuries of all kinds.  As a result, I have become quite suspicious of accusations without evidence.  My bottom lines:  I don’t believe accusations without reasonable proof. Where evidence is presented, it must be submitted for examination by both sides to an argument.  Where politics is behind the claim, I am suspicious of the entirety of the accusation.

If a claim of sexual harassment is made, a woman, or for that matter, a man should be heard – but that doesn’t mean they should be believed.  If we allow guilt by accusation, then we are headed into very dark territory when it comes to how free men and women interact with each other. Frankly, I believe that most women are strong enough to let a man know where their line is drawn.

By the way, I like the following quote from [email protected]:  “Ladies, a man that is truly interested in you will never leave you guessing about the role he intends to play in your life.  Good men pursue the women that they want with upfront communication, genuine intentions and consistent effort.”

Clinton was not force to resign because there was no harassment. All the women were willing. There is nothing wrong with people having affairs, especially when you are rich and famous and powerful. That decision is their’s alone. The difference is that the cases today involve unwilling women. Keep your facts straight.

What planet or drug are you on? Broderick was raped. Wiley was groped.

There has been a cultural revolution of late against a lot of this by younger men in America and Japan. In Japan it is the “Herbivore” movement, essentially young men just refusing to hook up, refusing to get involved with women or pursue normal male roles. In America there is an increasingly robust men’s movement as well as a “MGTOW” (Men going their own way) movement which is a movement of young men who have decided that it just isn’t worth it anymore, that marriage is a failed institution, that the laws in this country criminalize being male and pursuing traditionally male roles, that the courts are stacked against men, etc. The young men in this movement are either leading the way or giving up depending on your perspective, but it’s definitely a “thing”.

No surprise that young men of this millennial generation would be more careful in male/female relationships. As Dr. Warren points out, the definition of sexual harassment is ever changing and not underpinned by the law. Unlike sexual assault which is codified in the law, sexual harassment is in the eye of the beholder/accuser – and men are held to whatever standard a female accuser has. Thus there is no way for a man to defend against a claim.

What really damages is that young men and women explore their sexuality as teenagers and young adults, and the overwhelming majority of such explorations leads to marriage and family. However, if this #METOO keeps going, the question is going to be where do you find someone who is psychologically stable to marry? or, as you point out, why bother. By the way, marriage and family are the greatest benefit to men and women and society at large. A society that stacks the deck one way or the other will find the pendulum will swing back – often suddenly and viciously.

I have two concerns here about the dangers of all of this. First, it is quite possible to get to the “girl who cried wolf” situation where the reality of serious sexual harassment is dismissed as”crying wolf”. The second one is deadly – an accusation can literally drive someone to commit suicide as it did recently. in this case, both the accuser and the dead individual are terrible damaged and the accuser is always going to be left with the question “is it my fault”.