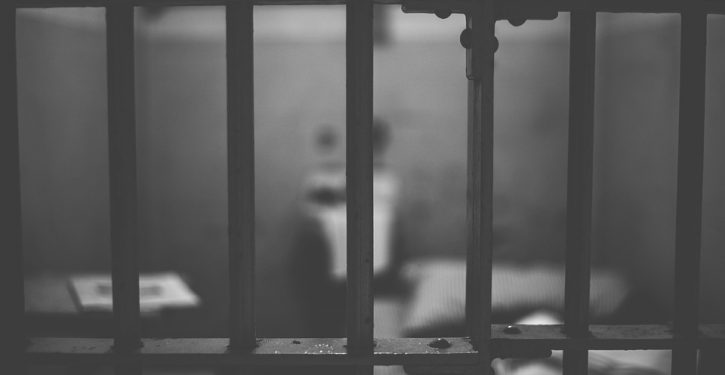 Some Virginia inmates will serve barely half their sentences, under new legislation

Under new early-release legislation in Virginia, some inmates would serve only 54% of their sentence — just over half. The legislation is expected to pass Virginia’s House of Delegates, although it is unclear if it will pass the state senate. The changes are contained in HB 5148, which dramatically increases the sentence credits that inmates receive towards their release, if they behave in prison. Many violent criminals will be released if this legislation becomes law because it applies retroactively, and applies to most murderers and rapists.

On Sept. 2, the legislation passed the House Courts of Justice Committee by an 11-to-9 vote, with all Republicans voting no, and all but two Democrats voting yes (one Democrat voted no, and one abstained).

As the Virginia Progressive Legislative Alert Network notes, under the bill, “Someone serving a 5 year sentence would serve 64% of his sentence. Serving 10 years, 58%. Serving 20 years, 54%. (Assuming the person stays at level one the whole time).” It is citing legislative counsel’s description of the bill’s effects.

Effectively, inmates who have committed the more serious crimes will get the largest reductions in the time they spend in prison, because the longer you are in prison, the larger the sentence reduction you can get as a fraction of your sentence. For example, some inmates will receive 30 days credit off their sentences for every 30 days served after being in prison for four years. As the legislation explains:

Latest: Biden accidentally reads instruction from his staff as part of scripted answer for TV interview

Even murderers and rapists can benefit from the bill. The bill originally applied to all inmates, but it had to be amended slightly to pass the committee. It appears that it now excludes Class 1 murderers (but not most premeditated murderers) and certain sex offenders (but not most rapists). The excluded offenders can only receive the amount of good-behavior credits available under existing law, 4.5 days off their sentence for every 30 days they serve, not the much larger credits available under the bill, which reach 30 days off for every 30 days served.

This legislation would result in the early release of more violent criminals than a somewhat similar bill in the state Senate, SB 5034, which currently does not allow any murderers or rapists to benefit from its provisions. The sponsor of that senate bill attempted to amend it to allow many murderers to benefit from it, but a committee rejected that by an 8-to-7 vote. That senate bill may yet be amended to cover more inmates, the way the House bill does.

Longer sentences deter crimes from being committed in the first place. Letting inmates out early because just because they behave while in prison reduces this deterrent effect. Shortening sentences also makes it easier for criminals to get out and resume preying on potential victims. The National Bureau of Economic Research notes that longer sentences “reduce crime” by keeping inmates locked up and away from potential victims, citing research in the Journal of Law & Economics.

In 2019, ABC’s channel 7 discussed how Montgomery County has twice the “violent crime rate” as “neighboring Fairfax County.” That was attributed to the fact “that the Maryland Judiciary is, generally speaking, more lenient on criminal defendants” and Virginia’s “harsh sentences,” which are “a huge deterrent” to crime.

Releasing career criminals early is harmful to our society and our economy. If not kept in prison, a career criminal can inflict hundreds of thousands of dollars of economic harm every year, far more than the cost of jailing that criminal. A 1998 study in the Journal of Quantitative Criminology estimated that there were “$165,000 in victim costs per year of a criminal’s career” for a typical “career criminal.”

Most of the inmates covered by HB 5148 will probably be violent criminals. In 2017, the Bureau of Justice Statistics found that 55% of state prison inmates in America were there for “violent offenses,” and only 15% for drug crimes (such as drug dealing and manufacturing).

Such huge reductions are really a form of parole, not a mere incentive for good behavior. Virginia largely abolished parole in 1995, because it was unpopular and unwise to let criminals out of prison when they had not served most of their sentence.

Some Virginia inmates will serve barely half their sentences, under new legislation was last modified: September 3rd, 2020 by Guest Contributor Hans Bader