A recent headline caught my eye: “Republicans come out of the 2014 Primary Season with Little to Guide them Forward.” Some pundits are searching to explain why things aren’t the way they’ve always been.

This past week in Virginia, as the Times Dispatch reported, we saw an earthquake on Tuesday with Eric Cantor’s defeat to a previously unknown primary challenger Dave Brat and an aftershock on Thursday evening with a new State Senate Republican majority showing gutsy leadership in the final hours of the budget showdown.

Something happened and an earthquake might be an appropriate metaphor.

The science of plate tectonics tells us that the Earth’s crustal plates are in constant motion across the earth’s surface and “When plates collide one plate is forced under the other to be consumed deep in the mantle.”

That’s pretty much how things have rolled here in Virginia over the last decade when, with the help of some GOP leadership, Virginia has had 3 seismic tax increases. The Republican base is told over and over again when these leaders run for office that they will hold the line on taxes, get spending under control, and will focus dollars on fixing our transportation problem. Some of our leaders forget who sent them to Richmond or Washington and fall out of touch with their constituents. And the grassroots “plate” kept getting forced under the leadership “plate” as the two collided, consuming the people and their will deep in the mantle.

In 2009 we nonetheless united behind our best conservative hope, Governor Bob McDonnell, when he was elected Governor. Unfortunately, he let us down not only with his successful push for the largest tax increase in Virginia’s history, but also with how he got there: by working with House leadership to strike a deal with Democrats on Medicaid Expansion. But that betrayal by our Republican leadership in 2013 actually helped coalesce grassroots activists, who in 2014 have joined together in a unified movement that continues to flex its muscle against political norms and politics as usual.

The grassroots have had enough. Candidates with money and DC-style consultants can’t just buy their power anymore. We’ve emerged as a political force that is unifying around common goals, and we are not going away. We want transparency in governing and accountability in our leaders, ensuring that they’re actually doing what they say they’re doing.

Last Thursday evening marked a change in direction from some of our elected leaders. Republicans have a new majority in the state senate as Senator Phil Puckett (D – Tazewell) “unexpectedly” resigned last week. As the budget “showdown” reached what was supposed to be its culmination, the leader of the new Republican majority, Tommy Norment, rose to the occasion by establishing a new kind of leadership, keeping his caucus together and passing a budget that ensured a more transparent process surrounding any potential expansion of Medicaid.

Though this sounds easy, it was not. Norment had to navigate vigorous opposition not only from Democrats, but also from some of his fellow Republicans—including some of those who have told us repeatedly they are opposed to Medicaid Expansion. Norment avoided another Virginia political earthquake by taking heed of concerns raised by the grassroots about the back door opening for Governor McAuliffe to expand Obamacare. If legislators want to expand Medicaid/Obamacare, Norment—together with the grassroots—helped ensure it will be debated and voted upon in the open. 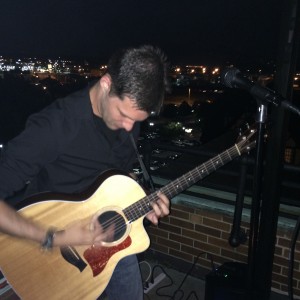 This unity of effort has come as a surprise to some. After all, we the grassroots are a motley crew, coming from many different perspectives. But there was evidence of something palpable at the GOP convention in Roanoke. Several of us hosted a hospitality suite on the rooftop terrace at the Hotel Roanoke. None of us really have any particular titles or power position but the suite was jam packed with people, half of whom wore “Shak Hill for Senate” stickers and half who wore “Ed Gillespie for Senate” stickers. 3rd District Chairman Chris Stearns had the entire terrace singing along to “Wagon Wheel” as he professionally played it on his guitar, accompanying an outstanding impromptu vocal performance by Justin Higgins of JHPolitics. We had an assortment of people drop in, including House of Delegates members, famous reporters and, best of all, a whole crew of young people. Yes, I said young people. At a Republican convention! Might I say that we’re starting to feel a degree of hope for our party?

There’s a desire among many of us to come alongside leaders who choose to govern in an open and honest way. We believe every person has value and deserves the dignity of being told the truth, including democrats! It was not pretty on the Senate floor Thursday near midnight when Democrat Senator Don McEachin stated to his fellow Senators, “You went back on your word. We were told we would have Medicaid Expansion!” I don’t know which Republican leaders made that deal but it was wrong for them to deceive Democrat senators, and wrong for them to deceive their own Republican base.

We want our party to be successful, but leaders who choose to be “clever” rather than honest should be on notice: the grassroots are becoming more unified and more powerful, and we will use that power to continue to hold our leaders accountable, and to influence them to lead in truth. The prize is worth fighting for. True liberty which allows us to be everything God intended us to be. One team. One fight.

Susan – great article. However, I am quite flexible when it comes to taxes. If a tax increase is to pay for modernizing our infrastructure and improving our roads, then I am all for it. In fact, I am even for using local tax increases to pay for improving teachers’ salaries – if they are tied to work performance. BUT, I am adamantly against tax increases if the revenue is used for liberal social engineering schemes or paying for immigrants (legal or illegal), who, in my book, are supposed to be supported by their sponsors, be they individuals or organizations, such as church groups. There are certain things that ONLY the government can do (e.g., interstate roads, dams, police, etc), and for those things, I am willing to pay.

Thanks for the article Mrs. Stimpson.

Finally, someone writes an article about the big spending Republicans. Was it Norment, Howell, Steve Albertson, or Jamie? Nope. Had to be a guest. Not just any guest, but one they threw under the bus for some one named Jackson at a convention just last year. Mite have won with Stimpson, but winning was simply unacceptable. But that’s ok, the loss was make “Righteous” by blaming it on Bill Bolling! Cuccinelli and Jackson had absolutely nothing to do with their own loss, no sir!

Just how do you think the $11B increase in the new budget, plus the massive spending of the previous 2 McDonnell budgets is going to be paid for?

With tax increases. Those big spending Republicans will try to blame their spending on McAuliffe. But I will “tattoo” it to the Republican Party just like I have their largest tax increase in Virginia history, HB 2313.

Then they pay homage to Norment and Howell, as if they actually have “leadership” ability.

The faux Conservatives in Bull Elephant, those who claim ownership of this budget, have named it the “Win” budget.

And you people have to ask why I don’t vote Republican? At least I got the “blank” to tell you to your face what you really are, or aren’t.

The last to weeks have solidified my approach to voting. Vote Conservative, vote Democrat.

“You went back on your word. We were told we would have Medicaid Expansion!” For a Democrat to say that with a straight face is absolutely laughable! How many promises from Democrats have the Republicans accepted in order to compromise that have NEVER been realized?!?

Too many! The Old Guard needs to wake up to the facts that the progressives are not going to work something out over dinner and drinks anymore. Around 2000, the democrats changed the game. They don’t want compromise, they want Republican patsy to smear if the progressive’s legislation goes bad. Rank and file Republicans need to wake up to the fact that the Democrats aren’t playing politics, they are playing to change the country. The sooner that is realized by Republican leadership the sooner we start winning general elections again.

Slamming them with the truth!