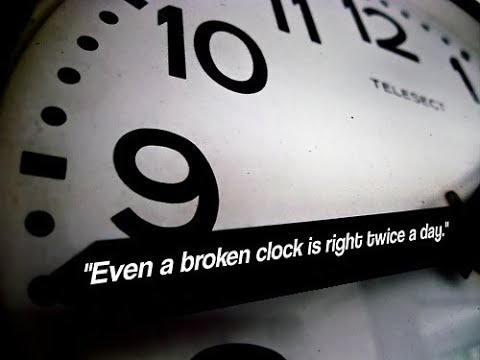 Sometimes The Left Gets It Right

As crazy and kooky as Leftists can be over “hate speech,” “campus safe spaces,” “The New Green Deal,” “white privilege”, “reparations” for slavery that ended over 150 years ago, and so on, sometimes they get things right and deserve to be taken seriously.

Take the ever-widening income gap, which the liberal author Matthew Stewart discussed last year in his lengthy article, “The 9.9 Percent Is the New American Aristocracy.” I will be lifting both facts and words from that piece.  In summary, the top one tenth of a percent (top thousandth) defined today by those 160,000 American households with a net worth of over ten million dollars, now owns 22% of the wealth of this country.  In 1963 they owned only 10% of this nation’s wealth.  On the other hand, the bottom 90% of Americans (those with a net worth today of under $1.2 million), owned 35% of the wealth in 1963. That number is down to 23%.  Obviously, the rich have gained their 12% increase in wealth at the expense of regular Americans.

But how have they managed to do this?  It’s not rocket science.  They have paid politicians to lower the top income tax rates and keep the maximum capital gain tax rate low (now at 20%).  And surprise!  It just so happens that most of the wealth of the super-rich is derived not from income, but rather from investment capital.  It is hard to fathom, but the “government of the people by the people” taxes wage labor of the middle and upper-middle class higher than the investment income of the super-rich!  This is known as the “Buffet Effect” which is discussed here. https://www.politifact.com/truth-o-meter/statements/2016/oct/18/hillary-clinton/clinton-correct-buffett-claimed-pay-lower-tax-rate/

Meanwhile, politicians have levied an array of regressive sales and property taxes on the bottom 90%, so that the poorest quintile of Americans pays more than twice the rate of state taxes on their incomes as the top 1% does. This has occurred as union membership, the one thing that provides working Americans with some leverage against their rich bosses, has declined precipitously.  For that, we can thank disastrous trade deals and other arrangements that have allowed corporations to off-shore their operations to poorer countries where labor costs are miniscule.  Wages for the average American have gone down, while profits for the super-rich have gone up.  But it gets even worse.

Between the top thousandth and bottom 90%, lies the top 9.9%, those affluent Americans who have a net worth between $1.2 and $10 million, and who own 55% of the wealth of this country.  And they are not our friends.  By the professional associations they control, the top 9.9% has caused medical, dental, and lawyers’ fees to skyrocket.  As Stewart writes, “Why do doctors in America earn twice as much as those of other wealthy countries? Are they twice as gifted at saving lives?  No. Doctors have formed a cartel.  And through limiting slots at medical schools and determining what nurse practitioners can or cannot do, they can effectively limit the competition their own members face – and that is what they have done.   Dentists’ offices, have a glass ceiling on what dental hygienists can do without supervision, keeping their bosses in the 9.9%.”

Ever increasing health care costs is one reason why more and more people, particularly the young, are drawn to socialized medicine which would remove the profit motive in the healthcare industry.  The same could be said for the escalating costs of a college education, which have placed many of our young people in high debt and indentured servitude.  And the very rich like it that way.  It reduces potential competition from below.

Conservatives and moderates had better wake up and stop spouting nonsense about “free market principles.”  Most of us now know  that the market is rigged to favor the rich and they make the rules of the game as they wish.   As a result, coffee house radicals who dream of abolishing capitalism are gaining a greater foothold among the masses.  These are the same people who dream of trashing our Constitution.

I know that the Left is also responsible for this inequality (by pushing open borders), but we had better wake up and give the Left-wing devils their due.  And then figure out how to co-opt their message.

Sometimes The Left Gets It Right was last modified: April 15th, 2019 by Guest Contributor Mark Jaworowski