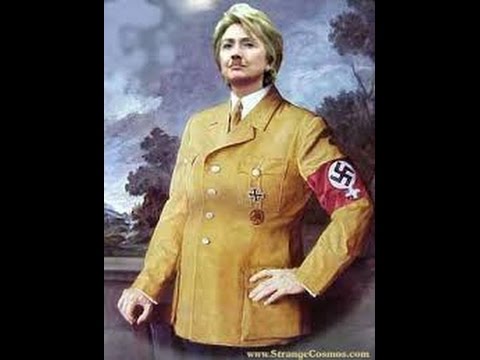 She coulda been a contender…

A family relative who came of age during Franklin Roosevelt’s first term, hated FDR with a fiery passion for her entire life. She thought he had wrecked the country, so she often called him The Beast (see the Biblical book of Revelation), saying his influence was “demonic.” Of course, she might have called FDR “Hitler,” but Roosevelt and Hitler were actually contemporaries. Her hatred of FDR reached full flower before she knew who Hitler was.

In our time the Beast-label has fallen into disuse, although some have suggested that Donald Trump could be the “Antichrist.” But “Hitler” has been overused to the point of silliness. Whenever a Democrat dislikes something a Republican proposes or does, the Dem calls him “Hitler,” or says he is acting like a Nazi. George W. Bush got that tag frequently, but he wasn’t the only one. The late Senator Robert Byrd said Republicans’ plans to change Senate rules (so judicial nominees couldn’t be filibustered) were “Nazi” tactics, aimed at achieving “absolute power.” Now President Trump has become the new “Hitler” for Democrats to obsess over.

Some politicians who indulge in these histrionics are old enough – like Senator Byrd – to have actually known Hitler (‘Listen, I knew Hitler. Adolph was a friend of mine…’ etc.), so they should know better. But younger people throwing the H-name around are just showing that they probably snoozed through their high school classes on Nazi Germany.

Were he here, Der Führer would undoubtedly be seriously annoyed that his reputation for ruthlessness has been reduced to such trivialities. Changing filibuster rules indeed! Hitler would simply have shot some Democrats – or maybe all of them – to get things moving. The guy must be spinning around down in the Hot Place, where I hope he is hanging out – literally by his heels.

All seriousness aside, the pity of all this is that most voters – especially Millennials – who hear this stuff are so poorly educated that they wouldn’t know if either Mr. Bush or Mr. Trump resembles Hitler, or whether the Republicans really are Nazi-esque. People who can’t put the Civil War in the correct half-century, or don’t know which countries we fought in World War II, or don’t understand who Che Guevara really was, are unlikely to have any real concept of who Hitler was or what he did during his infamous political career.

Our concepts of Hitler or the Nazis have mostly been framed by cinematic depictions or by clips of his hysterical oratory. The Nazis are Hollywood’s all-time favorite villains – a well-deserved rep, since Hitler and the Nazis were evil on a scale seldom seen in history. They murdered millions of people for no reason except that their religion or ethnicity offended Hitler’s crackbrained theories of racial purity. Their crimes truly beggar the imagination.

Hitler’s hatred of the Jews was so extreme that he arguably wrecked his own war effort against the Soviet Union on account of it. He diverted vast amounts of war materiel, transport-resources, and manpower to carry out his crazed Final Solution – a highly organized attempt to kill every Jew in Europe and, ultimately, the world. I agree with historians who believe this immense diversion of resources helped the Russkies to hang on and ultimately defeat Germany.

Hitler not only seized and exercised “absolute power” (as Senator Byrd observed), but ruthlessly crushed all opposition, both real and imagined. He even wasted his long-time comrade Ernst Röhm, who wanted his Sturm Abteilung – a.k.a. The Brownshirts, a 1.5 million-strong armed mob of street thugs – to be made part of the Wehrmacht. Although the SA had helped the Nazis come to power, Hitler needed the German General Staff on his side. So the hooligan army had to go, and Röhm was Zwiebach (i.e., German toast).

Hitler also used the pretext of the Reichstag fire to crush the Commies. The German Parliament building burned to the ground soon after Hitler became Chancellor in 1933. A half-blind, dim-witted Dutchman named Marinus van der Lubbe was blamed for setting the fire, which had clearly been started under suspicious circumstances. On the premise that van der Lubbe was part of a communist conspiracy, the Nazis rounded up all known (or suspected) communists and either imprisoned or executed them. This was how Hitler dealt with opposition. Many historians believe the Nazis set the fire so they could hammer the communists.

Maybe Senator Byrd knew something I didn’t about Mr. Bush and the Republicans: a Bushian Gestapo operating below the political radar? A Gunpowder Plot to blow up the Senate? But I don’t see much justification for his comparison. If anything, it insults the Nazis. Republicans have been pretty timid about exercising power when they gain control of both the Congress and the Presidency – today’s GOP being a case in point, as ever was.

Maybe Republicans are afraid the voters will kick them out if they get too tough on the Democrats. Maybe they don’t have it in them to play real hardball. Or maybe it just takes more time to get used to being in charge. After all, the Democrats had sixty years of practice at this. Miracles can’t be expected immediately.

Democrats have launched an all-out “resistance” since Mr. Trump’s election. Nothing similar occurred from 1933 to 1995, while Democrats controlled the Congress and Republicans were the minority. After Republicans’ long majority run from the Civil War to 1933, their demotion to minority status produced no angry filibusters of FDR’s judicial nominees, or threats to stop the government’s business, or formation of a “shadow government.” The GOP was also entirely loyal through all four wars that Democrat presidents got us into in the 20th century. There was no anti-war wing of the Republican Party.

During the long decades of Democrat-control, Republicans got converted to a kind of “soft liberalism” wherein they became the “responsible parent” and tax collector for the Democrats’ welfare state. The controlling “Rockefeller” faction of the GOP favored less extreme liberalism. (“Republicans – we’re not as bad as you think.”) In their 60-year minority gig, some Republicans built entire careers by “going along to get along.” Most real conservatives were southern Democrats who played an important role inside FDR’s big tent. Democratic rule became accepted as the natural condition of American politics.

FDR presented a genial persona to the American public, but was actually a zealous partisan who used presidential power to control the opposition and get what he wanted. The Fairness Doctrine, enforced by the Federal Communications Commission, was FDR’s Exhibit A. The Doctrine required broadcast licensees to present controversial issues in a “balanced” way. In practical terms, it denied conservatives any effective voice on the airwaves. For decades, the liberal political line – subtly presented as normality – was all you really heard or read in the media.

All this changed in 1987 when the FCC repealed the Fairness Doctrine. Republicans, who then controlled the commission, said the FD was inhibiting rather than enhancing debate and was probably unconstitutional. Although a few provisions of the doctrine were retained, the DC Court of Appeals finally struck them down, too, in 2000. The explosion of conservative broadcast commentators – ala Rush Limbaugh – was a direct result of the FD’s repeal.

The Fairness Doctrine was a 50-year legacy of FDR’s iron fist. Democrats have decried its loss ever since. Republicans could have turned it to their own purposes. Instead, they tossed it altogether, showing that they have miles to go before they are in FDR’s (or Hitler’s) class.

It’s amusing to fantasize about Republicans ruthlessly hammering Democrats with a reformed Fairness Doctrine, but this wouldn’t be in the country’s interest any more than the way Democrats misused the Doctrine. FDR and others thought it was a great idea to muzzle any conservative message, but they were mistaken. The American People need to hear a full public debate, even if that debate is not as decorous as some white-gloved ladies (or snowflakes) might wish it.

Naturally, the wide-open political climate was too good to last. In 2002 Congress passed the McCain-Feingold bill, which banned unregulated contributions to the political parties. 90% of Democratic Congressmen supported the bill, hoping that it would level the political playing field. For much of the 1990s, Democrats had trailed Republicans in soft money fundraising, so a ban on such contributions made partisan sense.

Perhaps President Bush thought he was making a gesture of political good will, or maybe he believed there was too much money in politics. Whatever the case, he inexplicably signed the bill into law over the objections of many in his party. Insiders claim that Mr. Bush thought the Supreme Court would take the heat by striking down the legislation. But the Court let the law stand. So-called “527” organizations – named after a loophole in the legislation – have played a major role in later presidential campaigns. [1]

All this Sturm und Drang about Hitler (and Son of Hitler) suggests a few closing observations:

The place is starting to sound like the set of Dr. Strangelove. (Sieg Heil!)

[1] A 527 group is created primarily to influence the selection, nomination, election, appointment or defeat of candidates to federal, state or local public office. 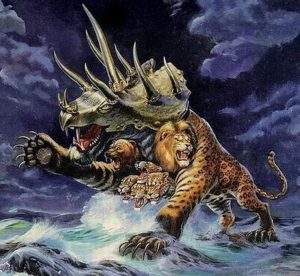