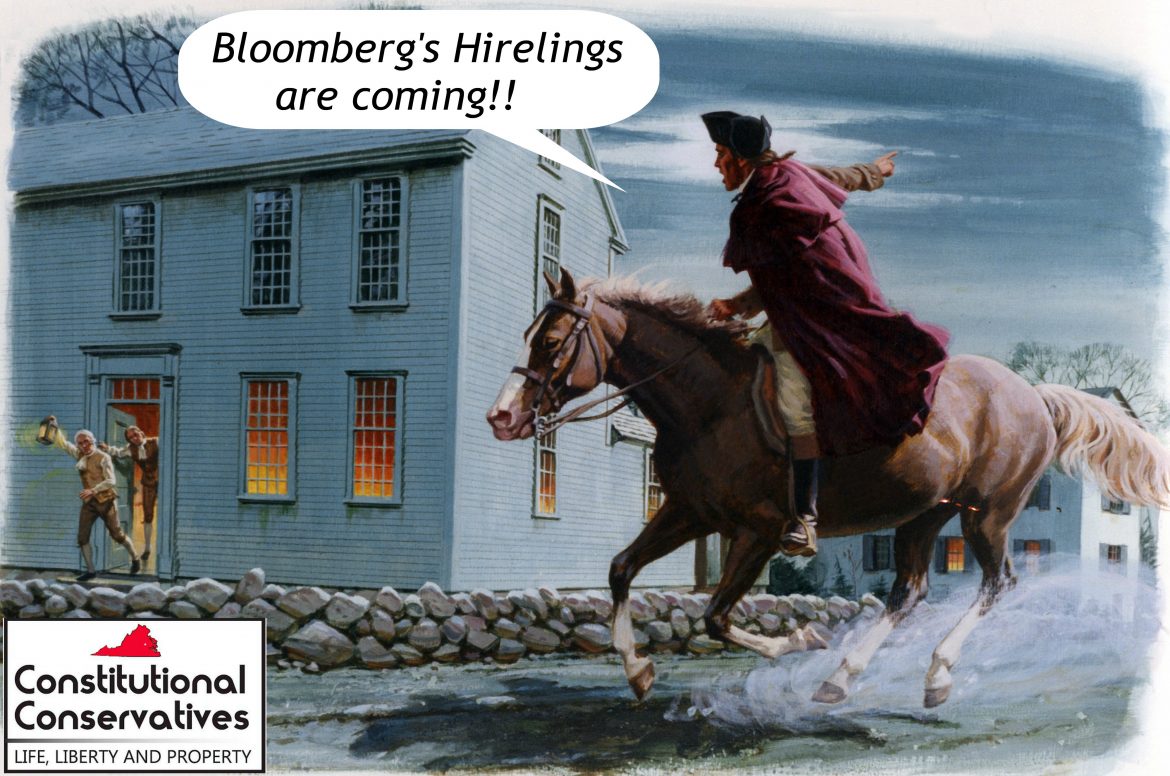 Souls are cheap in Richmond

After sitting on Radical Ralph Northamâ€™s Gun Ban, House Bill 961, for most of the session, suddenly it is coming up for a vote this Friday in the House Public Safety Committee.

And now we all know why.

Floundering Presidential Candidate Michael Bloomberg is speaking in Virginia on this Friday, and of course his hirelings have to answer the call.

Buying many souls in the 2019 election, Bloomberg spent over $2.5 Million in the cycle.  And of course his PAC, â€˜Everytown for Gun Confiscation/Safetyâ€™ has been ramming radical far left anti-gun bills through the General Assembly, but for some reason Northamâ€™s sweeping Gun Ban was not heard.

Using the constitutionally protected rights of Virginians as a political prop, Bloombergâ€™s employees in the House of Delegates are now pushing House Bill 961.

For those not familiar with House Bill 961, it bans everything from guns with magazines over 10 rounds, or magazines not in the grip of the firearm, or scary items like collapsible stocks and those super deadly barrel shrouds.

I donâ€™t know about you, but the mere thought of a barrel shroud stalking me in a dark alley is my greatest fearâ€¦but I digress.

Now the House Public Safety Committee is of course chaired by gun grabbers, and the majority of the members of this committee are anti-gun to the core.  And this includes Republicans Glenn Davis and Carrie Coyner who have joined the Bloomberg Bunch and supported several anti-gun bills in the legislature.

Are Virginians willing to allow their right to keep and bear arms to be used as a prop to bolster up a failing presidential candidate from New York?

Our freedom from an oppressive government, one that tried to seize our arms, was won right here in Virginia in 1781, and it is time that the people of Virginia rise up and in one voice tell the anti-gun radicals to go back to New York and take their failed policies with them.

And one look at real statistics, just a glance, confirms that this has nothing to do with public safety.  For Virginia is ranked the 4th safest state in the nation for violent crime, according to the US News and World Report, while New York ranks 24th!

Blind ambition and a thirst for power over the entire Nation is fueling this illogical and unconstitutional agenda.

Michael Bloomberg thinks he can buy the Oval Office by destroying common sense and individual liberty.Â  Are you going to let him get away with it?