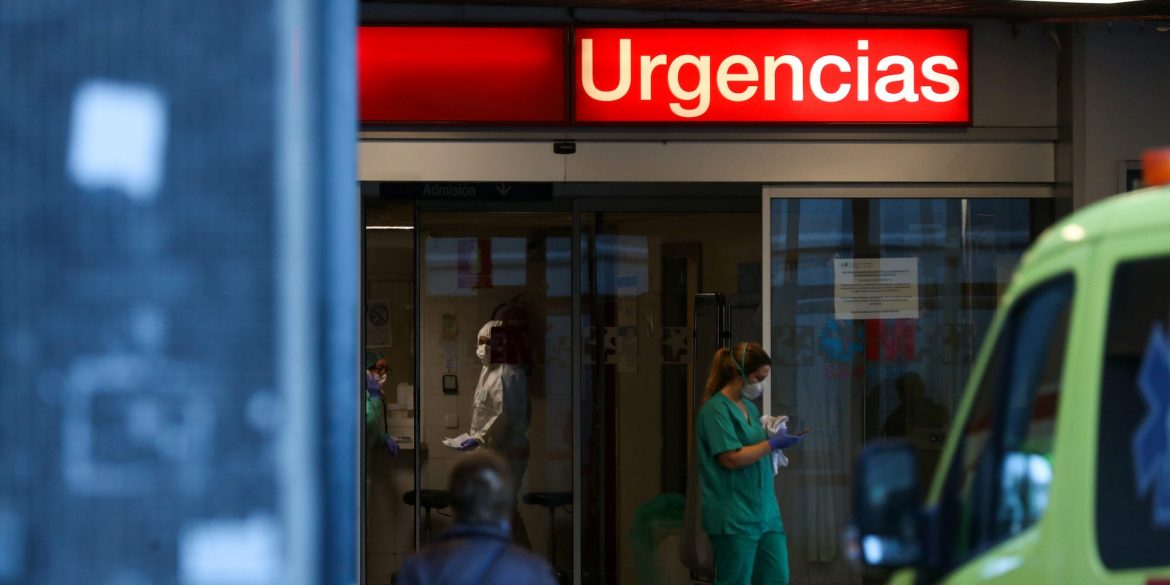 Spain’s hospitals are overflowing with desperately ill coronavirus patients needing scarce ventilators to stay alive. 285 people died of coronavirus in Spain, March 21. That’s more than were dying each day in Italy a week ago. Other than Italy, no European country is likely to be as devastated by coronavirus as Spain. Hospitals are running out of life-saving devices such as ventilators. As a result, local media report that some hospitals in Spain’s capital are refusing to fully treat people older than 80, or those older than 70 with underlying health conditions.

Spain’s socialist government permitted coronavirus to spread unchecked, by allowing huge crowds to gather for left-wing rallies and other mass events. The progressive website Vox notes that the Spanish government did this for political reasons, in an article about “How Spain’s coronavirus outbreak got so bad so fast.” As Vox notes, Spain now has the world’s fourth-largest Covid-19 outbreak and is second only to Italy in all of Europe. To stop the spread, the government — slow at first to respond to the crisis — imposed a country-wide lockdown last Saturday.…

“What makes me most angry is that we had a month and a half to get ready after our first case, and we had weeks to prepare after watching what’s happened in Italy,” said Ángela Hernández Puente, a top official at a health labor union in Madrid, the country’s outbreak epicenter….

Prime Minister Pedro Sánchez…didn’t want to risk his fragile hold on power by banning large gatherings, experts say. Instead, he allowed thousands to attend soccer games last week, as well as permitted a 120,000-strong feminist rally in Madrid to proceed.As USA Today notes, Spain’s socialist government did this despite widespread concern about the rapid spread of coronavirus. It approved a massive march by its feminist allies on March 8, right in the middle of a pandemic: Thousands of women across Spain marched on Sunday against gender inequality to mark International Women’s Day, despite concerns the gatherings could help the spread of coronavirus…..a crowd of purple-clad women paraded down one of Madrid’s main avenues toward the city center, chanting over booming drums. One protester held a sign that read: “Machismo kills more than coronavirus.”…..A number of events have been called off or postponed in Spain to minimize the possibility of the coronavirus spreading but health emergency coordinator Fernando Simon said on Saturday the Health Ministry did not consider the marches a risk.

It was an obvious risk. Every health expert knows that massive marches spread disease, and are a terrible idea in the middle of an epidemic. As the Washington Post notes, “What happens if parades aren’t canceled during pandemics? Philadelphia found in 1918, with disastrous results.” Philadelphia held a big march to promote the sale of war bonds, and as a result, the Spanish flu spread like wildfire, and killed many Philadelphia residents.

In 1918, the city of Philadelphia threw a parade that killed thousands of people. Ignoring warnings of influenza among soldiers preparing for World War I, the march to support the war effort drew 200,000 people who crammed together to watch the procession. Three days later, every bed in Philadelphia’s 31 hospitals was filled with sick and dying patients, infected by the Spanish flu.

By the end of the week, more than 4,500 were dead in an outbreak that would claim as many as 100 million people worldwide. By the time Philadelphia’s politicians closed down the city, it was too late.

By contrast, Saint Louis banned parades, rallies, and public meetings, and ended up with many fewer deaths than Philadelphia, during the worldwide Spanish flu pandemic that raged in 1918 and 1919. The contrasting experiences of these two cities — and the lesson health experts everywhere have learned from them — is shown on a chart from the National Academy of Sciences comparing their very different death rates.

At the time of the massive feminist march authorized by Spain’s government, Spain already had “589 confirmed cases of the virus, 202 of them in Madrid.” Less than two weeks later, Spain had 25,374 confirmed cases, including 3,803 new cases confirmed on March 21 alon

The feminist sign that said “Machismo kills more than coronavirus” might have been blaming machismo for domestic violence. That’s the most charitable way to read the sign. But it was wrong, even if that’s what it meant. That’s because the death toll from coronaviris will dwarf the death toll of violence against women. About 70 Spanish women lose their lives annually due to domestic violence. By contrast, 285 Spanish people died on March 21 alone from coronavirus — which means over 100,000 will die in Spain over the next year from coronavirus, if the epidemic continues unabated. Experts expect the death rate from coronavirus to rise exponentially over the next couple weeks, so the daily death toll in Spain will probably exceed 1,000 per day at its peak — many times more than the few who die of “machismo.”

[…] demonstrations spread COVID-19. Mass protests played a key role in spreading the disease in Spain, and giving that country one of the world’s highest […]