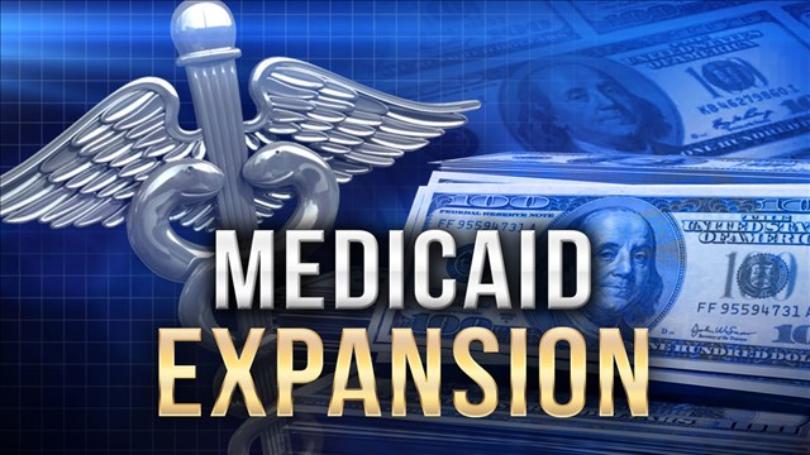 The dam of resistance in the House of Delegates has fallen.  Last week Delegate Terry Kilgore announced his support for Medicaid expansion.  That meant the House no longer had the necessary 51 votes to prevent it. Today House Speaker Kirk Cox and Governor Northam have agreed to expand Medicaid in Virginia. From the Richmond Times-Dispatch,

My long-standing concerns about the cost of expansion aren’t going away, but unfortunately the ACA is here to stay and the Trump administration is the best chance to secure conservative reforms,” Cox said in a statement to the Richmond Times-Dispatch on Saturday, the eve of the annual release of the House and Senate budget proposals.

“Instead of fighting a losing battle against straightforward Medicaid expansion, I believe the House should lead by putting forward a responsible plan similar to what Vice President Mike Pence adopted as governor of Indiana,” said the speaker, referring to federal approval this month of a work requirement for the Indiana Medicaid program that Pence expanded with reforms in 2015.

The Senate Finance committee will report a budget later today that does not include Medicaid expansion.  The coming weeks could be a battle between the two Houses over this issue.

There would be a work requirement for “able bodied adults”.  Along with that would be a “Training, Education, Employment and Opportunity Program” at the cost to the state of $22.4 million.

Under the proposal state workers would see a raise, along with more money to education pre-school through 12th grade and “a blockbuster higher education initiative in Northern Virginia”.  (Since the vast majority of students in Northern Virginia already attend college, why is the money going there?)

I am NOT happy about this but the writing was on the wall when all but a handful of conservatives in Washington signaled in all of their attempts at “Obamacare repeal” that states which had not expanded Medicaid would be punished by having to forever send their money to states that did to cover their populations’ expansion. If Washington had even attempted to actually repeal Obamacare in its entirety (including making expansion states eat their own costs or de-enroll the extra people who signed up), this would not have happened.

On paper, at least, the expansion in Virginia would only last as long as “the feds are paying for it” and anyone signed up under it would be automatically de-enrolled if that is no longer the case.

Nuthin for nuthin as they say. Expanding Medicaid into the middle class, work requirement or not, is the next step toward universal health insurance doled out by bureaucrats and paid for by taxpayers. The federal government’s 90% will absolutely be reduced, especially with a President bent on repealing Obamacare. When that happens, who will make up the difference? Taxpayers, of course. And sure, hospitals are willing to pay a new “provider assessment”, i.e. a new tax, because they will simply pass it along in the form of higher prices. This expansion is a very bad idea unless you are a Left wing Socialist Democrat bent on controlling citizens.

How come a medical care bill has revenue going to NOVA for college?
What is the average household salary in NOVA vs Campbell County?
What is the enrollment and completion percentage of high school students in comparison of areas like this?
It lives in the Va Swamp.

You just answered Jeanine Martin’s question … “Since the vast majority of students in Northern Virginia already attend college, why is the money going there?”

If, as you claim, the high school attendance and completion percentage in Campbell County is low then sending money for college there wouldn’t make much sense, now would it?

Gotta create a bunch of new doctors to provide all the additional medical services paid for with other people’s money I guess and I’m pretty sure most doctors have to get through high school.

The attendance and completion percentage that I was looking for was misrepresentated.
I meant admissions and completion of college students out of our Va. high schools.
I am not sure what my area
(Republican Delegate Byrons District) graduation rates is.

Ahhh … your comment makes more sense with that clarification. If you’re interested in high school graduation rates I think you have to look by school. Here is the source I use …

I kindly thank you for that link.
I get pissed at stupid legislation!
Why are we just nit looking at our work requirements to public assistance?
I an is required to work for medical assistance won’t he or some eventually aspire to a better job?
Perhaps a job with health ins.or at the very least a better paying one thus forcing him onto the Federal health system, ACA.
Let’s just over on work requirements.

Something for everyone! And our children and grandchildren will be paying for it. Again I ask, is Kirk Cox a Republican?

He’s actually a smart Republican. The RPV long ago lost what few real cities exist in Virginia. That was survivable. Then, they lost the suburbs (see: Henrico County, for example). That was un-survivable. What’s left? The exurbs, small town and rural Virginia. The last thirty years of promised new jobs in small town and rural Virginia have failed to achieve anything. Our corrupt state government squandered the tobacco settlement funds (at least those funds they didn’t steal) without any visible result. Now what? Take a play from the Democratic playbook … wealth transfers and handouts to the base. Isn’t that the easiest way to keep the base – buy their votes with other people’s money? What’s the alternative? Insist that Republican state politicians refuse to take money from Dominion Resources and other crony capitalist enterprises and create and honest alternative to Dick Saslaw, et al? C’mom Jeanine, you know better than that.

One can always dream that their elected officials actually mean what they say. With Cox, et al, that’s clearly not the case.

This is what happens when you lose 14 seats.

And when the party loses its nerve

I think that has little to do with this. I think this is more of a reaction to what has happened (and not happened) to Obamacare on a national level.

Now we need to follow Idaho’s example and allow the sale of non-compliant insurance packages in Virginia.

And the welfare state grows creating ever more comfortable enslavement. Ben Franklin would be so proud at a population of citizens who would throw away liberty for temporary security.

How sad is it that we have to rely on the Senate Finance Committee to stop this? Cox and Kilgore must go.

They did. They released their budget with no expansion of Medicaid.