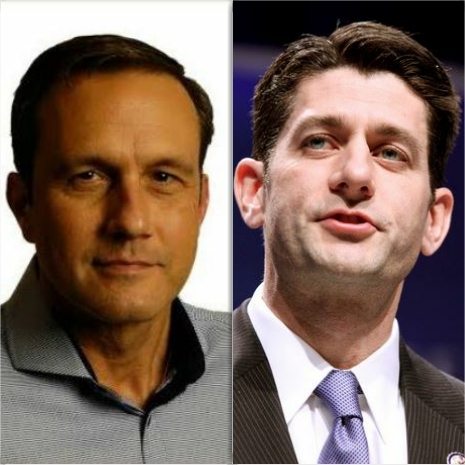 Speaker Ryan’s Primary Challenger is a Populist, Not a Conservative

The day that conservatives become incapable of understanding the nuances of policy will be the day the music dies.

Many within our Party have allowed themselves to oversimplify, to degrade, and overall reduce public discourse to a level so low that it’s barely recognizable. They’ve been co-opted by extreme nationalism, nativism, and what effectively amounts to isolationism. Paul Nehlen, Speaker Paul Ryan’s primary challenger, is a perfect example of this. Paul Nehlen isn’t a conservative; he’s an alt-conservative: Part of the angry, heavy-on-rhetoric-light-on-policy strain that is distinctly different from the optimistic, hopeful, and detailed vision for America which has been put forward by the House Republican Conference.

Anthony DeFazio is the President of American Individualists, and serves on the Communications team of the Loudoun County Republican Committee. Follow him on Twitter: @anthonyjdefazio

Speaker Ryan’s Primary Challenger is a Populist, Not a Conservative was last modified: August 6th, 2016 by Guest Contributor Anthony Defazio

Globalism will kill a free America just as it was killing the UK. We need more America First politicians, bureaucrats and citizens.

If it’s an incumbent flush it…simple way to damage the good old boy club. Ryan must go if for no other reason than he refuses to use the budget hammer to fight Obama and his like.

The read my lips post was quite good..This is rather pointless.
So what is your real motivation in asking citizens of Virginia to support Paul Ryan ????

Ryan on Trump’s Muslim ban: ‘I would sue any president that exceeds his or her powers’

Where’s Ryan been hiding his gonads for the past 8 years of the Obama Administration while the POTUS and the SCOTUS have far exceeded their powers? Huh?

Ryan voted for TPA which fast tracked TPP for OBAMA! HUH?
TPP is the end of America’s sovereignty creating a borderless country. Ryan is a Globalist- he must be defeated.

Ryan hasn’t been hiding, he has been planning it. He is of the inner circle of the Uniparty. He most definitely needs to be Cantor’d. Anyone that still supports Ryan is either, too lazy to keep informed, stupid, or just flat out anti-American.

Sorry but… NO. Ryan needs to go. He is bought and paid for. The Chamber of Commerce owns him.

Why do we want a speaker of the house who has tried to backdoor Amnesty for illegals on multiple occasions? He has blatantly lied to the people. “We inherited this budget.” Um… Hello Mr Ryan, didn’t you chair the Budget Committee? Oh, so you AUTHORED the budget!

He has been in charge of the fiasco that is the most spineless party control over the house. I have given money to precisely two political candidates in my life. One is Dave Brat. The other is Nehlen. Because Ryan needs to be Cantored out of Washington.

Ryan was Chairman of the House Ways and Means Committee prior to becoming Speaker.

You are correct. He did. What is the duty of the House Ways and Means Committee? Oh, yes, they are responsible for all taxation measures. All revenue raised by government (meaning extracted from the citizenry). So, I maintain that this is the budget he authored. I just had the name of the committee wrong.

Oh, get REAL! He’s a credible candidate and he deserves to take Ryan down, I hope he does!

He may not be a conservative in your careful definition of the term but he’s not a RINO like Ryan who has supported Obama all along. Nehlen’s positions on issues are far more like the Tea Party than Ryan’s. You may consider the Tea Party not conservative but it will sure do thank RINOs on my issues!