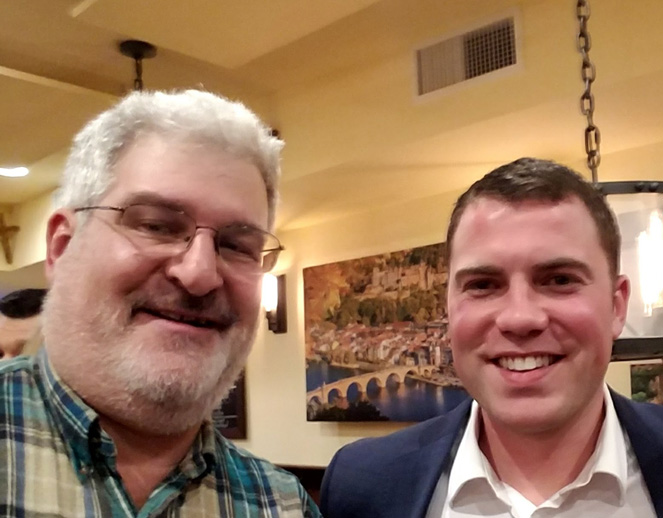 Should conservative groups foot the bill to run liberal candidates in House and Senate races?

I resigned from the Leesburg Town Council effective Dec. 1 due to a career opportunity in Hampton Roads (in January, I was laid off in a company-wide RIF).

However, despite the layoff, I was more than happy to give up the three years remaining on my term and exit elected politics because a great young conservative, Joshua Thiel, won the special election Feb. 6 to fill my seat.

Josh, age 27, lost a special election race in the fall to a Democrat-endorsed candidate who didn’t even campaign.  She just rode the anti-Trump wave to victory.

This was a special election that attracted so much support from a wide range of Republicans, including (and especially) activists and elected officials who could not even vote in the race.

That’s because Loudoun Republicans wanted to win this won badly, given the drubbing we got at the polls in November – not only losing the county to the Democrats in statewide races, but seeing three of our great GOP delegates get ousted.

Besides the Loudoun County Republican Committee putting its weight behind Josh, a bevy of party activists, elected officials and former electeds, like myself and Del. Randy Minchew, along with several conservative groups pulled out all the stops to secure victory.  RPV Chair John Whitbeck loaned his office for folks to make calls for Josh on their personal phones, and the RPV allowed Josh to use their mailing permit for discounted postage for direct mail.

I am sure I left out a number of people to thank and what they provided — but the point is  Republicans really wanted to win this one badly.

However, one thing has been overlooked by the media and folks patting themselves on the back – Josh ran against two Democrats, which divided the Democrat vote, enabling him to win in very Blue town.  Note:  Leesburg’s elections are nonpartisan, despite the fact the two parties endorse candidates and put them on their sample ballots.

It is not unreasonable to expect that Steinberg would have won had Pangle not been in the race, as most of her votes would have gone to him, not Thiel.

Prior to the election, then Loudoun Democratic Committee Chair and Leesburg Councilmember Fernando (Marty) Martinez actually had the gall to call Josh and urge him to get out of the race and run instead in this fall’s election, and I will bet he tried to get Gwen Pangle to withdraw, too.

Divided votes have benefitted Democrats in Loudoun before.  In 2015, Democrat Phyllis Randall defeated four-term County Board Chair Scott York, who ran as an independent after bowing out of the GOP contest, and Republican nominee, Charlie King.  Clearly, King and York split the vote enabling Randall to win.

However, in Leesburg’s 2016 three-way mayoral race, GOP backed Kevin Wright lost to LCDC-backed Kelly Burk despite the fact another Democrat/Independent was on the ballot.  But Burk was aided by a huge anti-Trump, pro Hillary Clinton vote that fall.

Republican control of the House and Senate this year is critical to ensuring President Trump’s pro growth conservative agenda advances –and that there is no impeachment effort in 2019.  The following work against our favor:

In Virginia, now a Blue State, we could see the possible defeat of GOP Rep. Barbara Comstock in the 10th District and re-election of Sen. Tim Kaine.

So, with such high stakes, would it not be a good idea for outside conservative groups, instead of pumping billions  mostly on TV ads (which I think are a big waste of money)., to recruit and finance liberal (maybe Green Party) candidates to run in certain contests in the fall to divide the Democratic vote?

Probably every state allows nonparty candidates to get on the November ballot, some easier than others.  Virginia, I believe, requires 10,000 signatures for statewide races like U.S. Senate.

Democrats are clearly worried about this, just as we have been concerned about libertarians pulling votes from our candidate. There is recent news coverage of the indictments of Russian agents tinkering with social media on behalf of Green candidate Jill Stein and pundits have pointed out that her vote totals in key Democrat states  may have swung their electors to Trump   Of course, the idea that Russian agents were the key factor is ludicrous.

However, we have seen ample evidence how the liberal vote can be divided, and providing that choice to voters in key House and Senate races could be key to GOP wins.

Of course, Democrats could go out and recruit conservatives to challenge Republicans, too,  and there is no guarantee that a third party liberal – even one with enough funding – could take away enough votes from the Democrat candidate.

In addition, this has to be done stealthily and only in key races.    But it would force the Democrat to have to counter two opponents in his or her campaign.

What I am proposing may seem ruthless, and could be hard to pull off, but the special election for my old Leesburg Town Council seat shows how dividing the Democrat vote can pay off – at least in certain elections.  I look forward to your comments.

Recruiting a conservative Democrat to run against the usual liberal would also be effective. I think there is a lot of pent up demand among Democrats for an alternative to the typical liberal stupidity.

Sarvis and Johnson ran multiple times, and we saw that turnout for them was much lower in years when they weren’t running against two unpopular candidates.

I think it would be extremely hard to find a second liberal candidate to also challenge the Democratic nominee in a partisan general election race, like for a US Senate seat.

How many seats did the VA GOP not bother to field candidates last fall? 20+?? We reap what we fail to sow.

There are some districts so Democratic that fielding a Republican is futile, but this is the way of Purple states. In New Jersey and Maryland, where I have lived, there are numerous races where the GOP cannot find a candidate to run. This is what may happen in Virginia in greater number if we don’t start winning again and I proposed one means to do that — though I admit its pretty Machiavellian.

Futile, but tactical. Every race causes candidates to spend money. If futile, run people who understand the odds, keep costs down, and force the opponent to spend their money. Additionally, this keeps Democrats from donating their unspent funds to other more competitive campaigns because they will be afraid they may need the money themselves.

We should have a candidate in every race, every time.

What you are proposing is something called division of opposition support. Promoting it is not just ruthless, it is unethical.

Tell the democrats funding the periodic Sarvis eruption we have from time to time. But yes, we should instead just embrace the undocumented Republicans that select our nominees each cycle. The truly sad part is that the conventional wisdom seems to be that Republicans can’t win unless it’s 1 on 2.

Unethical? Some campaign tactics these days border on being criminal. If a Green Party candidate wants to run, what is so wrong about a group — albeit a conservtive one — helping him or her in order to give an advantage to the Republican? And, back in 2004 after the 2000 dispute in Florida , the DNC hired a boatload of lawyers to use procedural efforts to keep the Green Party off the ballot in many states. But I appreciate the comment.

The Rino will be working the Republican table at the SKG Gun Show at the Hampton Roads Convention Center on March 17th-18th. If possible, come by and say hello. https://uploads.disquscdn.com/images/f7fc17cf4937e0ddd3147a14fd8eb6dd0ba25a0489990b9fa7bb368c587edafe.jpg