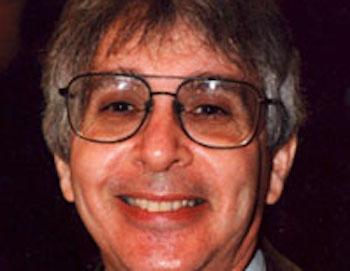 On November 15, 2015, Special Master Bernard Grofman, appointed by a 3 judge panel of the 4th Circuit Court of Appeals, issued a report in the 3rd Congressional District redistricting matter.  The 3rd District had previously been declared unconstitutional as a result of allegations too many African American voters had been placed in that district thereby diluting their voting strength elsewhere.

Grofman rejected all of the eight other plans presented to him and instead recommended his own plan whereby the 3rd and 4th Districts would end up with Black Voting Age Populations in excess of 40%.  The Special Master noted what while race can’t be a predominant criterion in redistricting, he had a particular concern with creating a second “minority opportunity to elect” district.  (Report p. 29).  He indicated he would have created a third “minority opportunity to elect” district but was unable to do so given certain demographic and geographic limitations.  (Report p. 38, footnote 22).

We’ll post maps when they’re available. In the meantime, Grofman’s report and the Republican intervenors’ motion are embedded below.

LoL, of course “race can’t be a predominant criterion” when creating new “minority opportunity to elect” districts states Special Master Bernard Grofman, political science professor at the University of California, Irvine taking time away from his busy schedule attending Black Lives Matter meetings on campus this week (just kidding). His latest co-authored book is “A Unified Theory of Party Competition” a compendium on party competition and electoral behavior. A dyed in the wool lefty academician whose concept of party competition is how to further the dominance of the US Democratic party through obfuscation with statistics. I understand he was the second choice as Lois Lerner wasn’t available.

I’d love to see how he went about making that map. I do GIS daily, there is no way you can redistrict and tweak black VAP without having race as the predominant criteria you are looking at while making the map. Well I shouldn’t say no way. The only way you could do it is a make a map just looking at population and then every time you make a change to anything open up a new window and check your numbers. But that’s totally unrealistic. Anyone who knows how to use GIS will have a live count in the corner of their screen with the numbers along with an overlay showing the census blocks color coded by racial breakdown.

I agree. As someone who enjoys messing around with redistricting tools, it is absolutely impossible to create two districts like this unless you explicitly use race as a factor in drawing the boundaries.

Honestly though, is anyone really surprised here? Randy Forbes is about to get wrecked….

Some (likely liberal) academic was paid hundreds of dollars an hour to redraw VA’s congressional districts…and he chose to throw out all the 8 proposals he had in favor of his own which would ruin any chances Forbes has at re-election.

To make matters worse, he said he would have drawn three safe Democratic seats if he could have…I think we all know just how “neutral” this arbitrator was.