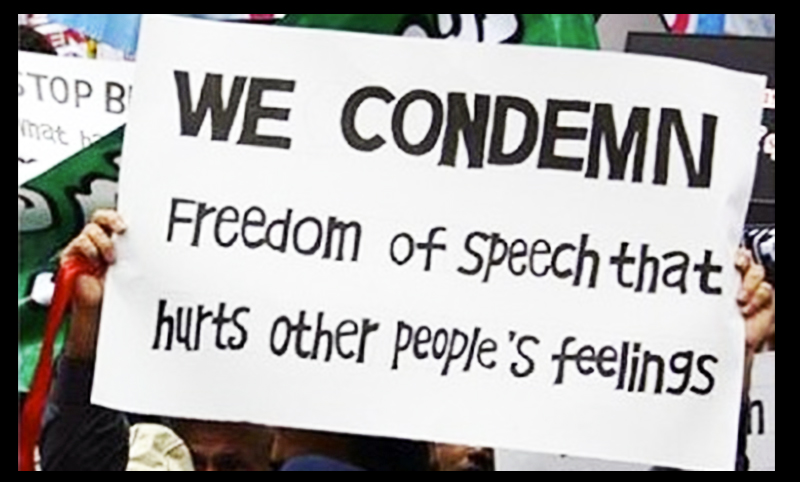 Three of Virginiaâ€™s universities scored in the top 25 in the Foundation for Individual Rights in Education (FIRE) 2021 annual free speech rankings of more than 150 higher-ed institutions across America, but Virginia Tech, once in the top 10, fell precipitously to the bottom third.

The rankings are relative. W&M, GMU and UVa score well compared to other institutions. Nevertheless, a significant percentage of students at all three institutions express discomfort with discussing controversial ideas and question the commitment of their university administrations to support free speech. With free speech and free expression under attack everywhere, it can be argued that Virginia institutions are the least bad of a bad lot.

Also, it is important to note that FIRE surveyed students, not faculty or staff. The findings do not reflect the disturbing trend at many higher-ed institutions â€” including UVa and W&M â€” of requiring job applicants and employees to submit written statements describing their commitment to the principles of Diversity, Equity & Inclusion as part of their evaluations.

With the exception of Virginia Tech, Virginians can take some small comfort that students at Virginiaâ€™s public universities face less oppressive environments than elsewhere. The survey also provides a reminder of how far they have to descend should Virginia colleges choose to emulate the examples of bottom-ranking Marquette, Baylor, or DePauw universities.

Internal pressures are pushing Virginiaâ€™s universities relentlessly to the left. In terms of ideology and partisan affiliation, faculty and staff are far more â€œprogressiveâ€ than the general population â€” and becoming more intensely so, with all that portends for intolerance and cancel culture. The only thing that can stop this drift is countervailing pressure from alumni, parents, government officials, and faculty members brave enough to speak out against campus excesses.

Below I have compiled snapshots of Virginiaâ€™s four universities, along with links to their FIRE profiles.

Think of it this way – always take the opposite side of every woke argument. That at least forces nutters like Martin to defend it even if their defense is FU.

1 in 4 kids thinks violence is an acceptable response to speech you don’t want to hear. That’s terrible.

When I was a grad student at George Mason, I recall a certain professor that taught from the textbook she published. I was appalled at the conflict of interest of forcing students to buy one’s own textbook, and it made it very difficult for students to disagree and debate with any info presented. If you disagreed with the text, you disagreed with her. She was a Left-wing nutter, so discourse was not what she was seeking. Indoctrination was her objective. Personally, I have no problem telling people they are wrong so I challenged her and made her and the class very uncomfortable on a few occasions (I recall her insistence that pro-LGBT policies be inserted into all public administration decision…ugh). But, looking across a class of young kids it was obvious no normal grad student was going to challenge her. How many kids are conforming to get a diploma but never receive an education?

I am just really disappointed at how bad education in America has become. Finally, a spark has been lit, but it will take generations to repair the damage that the Marxist Democrats have done.

There was a woman â€œteacherâ€ at GMU who was so hostile to men and conservatives that her claw was generally attended by radical radical feminists. She was eventually fired when a guy with a very powerful family was retreated like dirt when he accidentally enrolled in her class. A friends daughter who had won literary prizes but was a conservative was downgraded by this â€œteacherâ€
Even worse she would recruit radical feminists in the class to continue the harassment outside of class. The daughter was forced to drop the class, never got a refund, and didnâ€™t graduate on time as a result of the missing credits.

Who was the teacher, I’d be curious where they teach now!

This occurred about 20 years ago at GMU. Donâ€™t know the name now.

Make no mistake, if you send your kid to college today they will return a raving socialist fully programmed like they were in a cult, it will take years to repair the lies sown!

that is absurd. Take the classes you want to take

No kids are being taught to love the lies of socialism in college, it begins in grade school and is amplified in College. My child left as a regular person and returned a woke, socialist where the government is God and is always good and right.

That’s the freaking absurd part of it! The greatest free market system in the world is being destroyed by a combination of communists in public and College level education, aided by at party that wants all power with the government to rule, and also aided by the press even down to the local level!

THEY ARE WRECKING THIS NATION!

Can I stop subsidizing your Marxism with my tax dollars?

I’ve seen a lot of good kids destroyed by their college. It isn’t just public woke universities. The cancer is everywhere.

However, I assume these woke kids eventually have to work – and then reality hits and hits hard. The more woke a kid is, the harder their life will be. Look at Martin, he hates America and itâ€™s people – a tough life.

The key problem is that they will have wasted their learning years and will be permanently “retarded” in the literal sense (not the Martin sense) and they will be a drag on society forever.