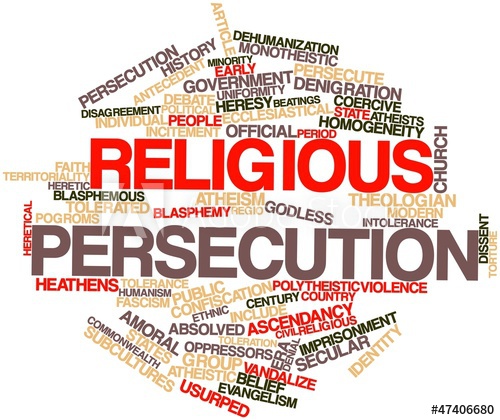 Squire Patton Boggs is a prominent member of the Fairfax County business community.  It was formed by a corporate merger in 2014 in Washington, DC, and is a recognized name among law/lobbying firms around the world.  Its website describes the firm as providing “insight at the point where law, business and government meet.” That’s a formidable nexus.

Among the pantheon of SPB clients are Saudi Arabia, Communist China, Qatar, Cameroon and the Palestinian Authority.  What do these regimes have in common? They either condone or turn a blind eye toward persecution of religious minorities, especially Christian minorities.

Squire Patton Boggs benefits from multi-million dollar contracts with these five regimes known for gross violations of human rights and oppression of religious freedoms.  It’s time for the firm to review its policies toward doing business with regimes that persecute religious minorities.

This week, the US State Department is hosting a conference to Advance Religious Freedom around the world, a stated top priority of the Trump Administration.  Survivors of religious persecution from around the world will be telling their harrowing stories of courage, endurance and survival. They look to the United States, a beacon of religious freedom, for leadership.  Will firms like Squire Patton Boggs hear their pleas?

On May 1st this year, a coalition of 46 faith-based groups and individuals signed a letter to the Squire Patton Boggs corporate headquarters in Cleveland, OH, calling on the firm to cease doing business with the governments of Saudi Arabia, Communist China, Qatar, Cameroon and the Palestinian Authority, who are perpetuating religious persecution.  There was no response from the firm. And so on Wednesday, July 10, concerned citizens in 15 cities around the country – including Tyson’s Corner – visited the offices of Squire Patton Boggs to re-deliver the May 1 letter and plead with the firm to cease doing business with governments that persecute religious minorities.

The Nike company pulled a pair of Betsy Ross sneakers from its product line. Can corporate America pull its support for regimes that persecute religious minorities?

If you believe Squire Patton Boggs should cease doing business with persecutors of religious minorities, won’t you call their Tyson’s Corner office and ask to speak with Managing Partner John Thomas (703.720.7800)? Will you also call Mark Ruehlmann, Chairman and CEO of Squire Patton Boggs at their headquarters in Cleveland, OH (216.479.8500)?

We Americans so easily take for granted our religious liberties.  If we don’t speak for the persecuted in other countries, who will speak for us if we should lose our liberties?