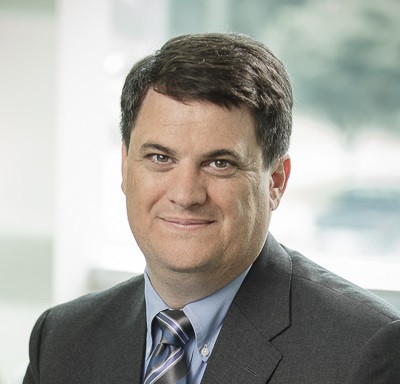 School Board member Scott Hirons has issued the following statement on what occurred last night in Stafford county regarding the little boy whose parents have insisted that he be allowed to use the girls’ bathroom. [read_more]

Last Night the Stafford County School Board passed a motion made by me that directed the Superintendent of Stafford County Public Schools to direct the staff at Hartwood elementary school to restrict use of the bathrooms according to biological gender or a private facility (staff bathroom).  The motion passed six to zero, with one absent.

I, and other members of the School Board, found the legal advice to not be in the best interest of the school or the community, and did not correctly interpret anti-discrimination policy.  Neither state nor Stafford County Public School policy include transgender in anti-discrimination law or policies.  With our action we reversed the staff implemented process that enabled the transgender student to use the girls’ bathroom.  In our motion and direction we did provide what we consider a reasonable accommodation for the child to use a private staff bathroom, which had been the practice since the beginning of the school year.

This issue is going to continue to grow in Virginia and throughout the country.  What is ironic is what we are attempting to avoid is bullying of children, but the tactic being used is the federal government bullying individual school districts with the actual effect of saying you will comply with our demand or we will take your lunch money.  The Department of Justice’s Office of Civil Rights is where complaints of transgender students restricted bathroom use are filed.  The OCR then makes demands of local school districts with the threat of reducing federal funding.  One of the biggest line items of federal funding schools receive is student nutrition reimbursement.  Hence the federal government is bullying the little guys for their lunch money.

My hope is our state legislature will find ways to block this bullying by the federal government.   Communities need to be able to identify and set standards that are appropriate and acceptable to their community.  I also hope communities will continue to work with the LGBT interest groups to work together to find reasonable solutions to concerns on both sides.  In Stafford County’s case I think the community is working on being a more accepting community of all people, however this is a step too far now and for the foreseeable future.  Sharing of bathrooms and locker rooms among genders is something I don’t think a majority will be supportive of now or in the future; especially in public schools.  That is why it was the duty of the School Board to address the concerns of the community and take the action we did.  I just hope the parties that expressed concern and our state representatives have our back, because we anticipate a long and costly legal battle.

What a shame that this will cost the taxpayers a great deal of money for doing something that 99% of the parents would agree is the right thing to do. One child does not have the right to bully all the other children and make them uncomfortable and embarrassed. What parent allows their 4 year old little boy to decide he’s really a little girl?  What has happened to common sense?  Four year old boys go through many phases, they pretend they are trucks, or Thomas the Train, or lions, or the opposite gender when they want to act out “Frozen”.  That’s why they have parents to guide them, to tell them what is right and what is wrong and how to behave in our society. The poor little boy at the heart of this story had no guidance, he was neglected by his parents. On top of that, the parents want to force the public schools to support their warped thinking and support this poor, confused, boy who will face a lifetime of hurt and humiliation. Were the schools to do that, they would not be acting “in the best interest of the child”.  Isn’t that what our schools and our leaders are supposed to be doing, helping children, not harming them?

Stafford School Board Member Scott Hirons Statement on Action Taken by the Board was last modified: March 25th, 2015 by Jeanine Martin

In an authentically Christian world, we do not accommodate, take seriously, those who violate God’s Law, not even as God’s Law inhers, is embedded in, the Laws of Nature. In short, perversion is not to be tolerated by Christians.

Boys showing up in school wearing dresses and high heels should be sent home, and those who are school staff who sanction boys using the girl’s bathroom should be immediately suspended from duties subject to discipline and/or firing. And if a public school cannot manage this, parents would be better off to homeschool their children rather than subject their children to such a display of state sponsored child abouse, either physical and/or mental.

This little witless show (by way of Title IX, USC and a compliant ‘Commonwealth’) demonstrates impotency of local school board, and that the people in point of fact are not ‘the owners of government’ as the Constitution of Virginia would have it.

Most of the world must think Americans insane so as to allow themselves to be ruled over in such as manner.

Perhaps you can explain to me how it is that Ted Cruz, Ben Carson, and Mike Hickabee all three say god chose them to run for President. Could god just make up her mind?

Well, when a candidate claims that God endorses his candidacy, I suppose you have a right to be suspicious. That said, you do not have to look to God’s word to think a little boy using the girls’ facilities is a tad goofy.

Thanks to all who worked to protect the children. While it is unfortunate that lawsuits are anticipated to further the LGBTQ agenda, we must not fear legal bullying as timidity would only encourage more agressive legal bullying by LGBTQ advocates.