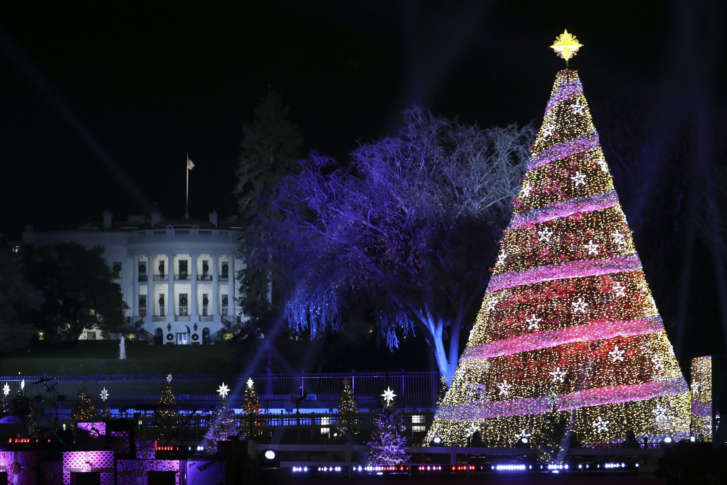 In recent years Americans have been annoyed or entertained (according to their respective proclivities) by legal actions against various symbols of Christmas. Agents of the ACLU or other church-state watchdogs have made a career out of suing schools and town governments whenever Santa Claus, snowflakes, snowmen, wise men, candles, elves or reindeer intrude into the public square. These symbols are simply too dangerous for children to see. They must be stamped out.

Ours is a curious era of religious intolerance, mixed with a fearful, new genuflection to Islam – the “religion of peace” that lops off the heads of people it considers infidels. Islam is foreign and rather strange to most Americans, but news organs and authors take particular care not to offend its adherents. Mockery that might routinely be applied to Christianity – especially to Evangelicals, considered “bumpkins” by the mainstream media – is out of bounds with respect to Islam. You could end up losing your head – literally – with an ill-considered quip or cartoon.

This double standard angers even nominal Christians. They don’t like seeing their faith and culture dissed, and Christmas stomped on, even if only by lawyers in the courts. Yet in some locales, even saying “Christmas” is considered gauche and insensitive. The neutered greeting “happy holidays” has become mandatory, and legal battles have erupted over whether a town’s Christmas tree must be called the Holiday Tree. There has been much “Ho-ho-ho-ing” about purging “Ho” from Santa Claus’s lexicon (presumably to avoid offending streetwalkers in the ‘hood). All this makes for good backup material on slow news days, and gives writers grist for their various mills. But it really damps down what used to be called the “Christmas spirit.”

These disputes can be entertaining or infuriating – in the beholder’s eye – but they are not really about Christmas, except culturally. Christianity’s seminal holiday is not about snowmen, trees, reindeer, sleighs, elves, candy canes, etc.  Most of these are of recent derivation. The gift-giving St. Nicholas is by far the oldest of the cultural traditions. Bishop Nicholas of Myra – born around AD 270 in what is now Turkey – was known as a secret giver of gifts during his lifetime. He became revered as a saint after his death, although he was never officially canonized.

The modern shtick of the white beard, the elfin clothes, the snow, sleigh, reindeer, etc., were crystallized in Clement Moore’s 1822 poem, “A Visit from St. Nicholas.” Christmas became associated with cold-weather symbols because of northern Europe’s strong influence on Christmas celebrations and because many Americans have their ethnic roots in those regions. 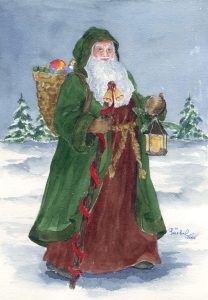 Almost forgotten now in American popular culture is the Biblical story of a young Jewish virgin, during Augustus Caesar’s reign, who gave birth to the Son of God in a rude stable because there was no room in a commercial inn when her time of delivery came. The heavenly choir of angels singing to shepherds in a nighttime field; wise men from the East bringing rich gifts to the Child whose birth they saw foretold in the stars; Herod’s Murder of the Innocents; the flight to Egypt; and the Child growing into the Word Made Flesh, full of grace and truth – all these are nearly gone from the American scene in deference to the small numbers of our citizenry that follow non-Christian religions, or no religion at all.

These details of the original story of Christmas – once celebrated in recordings and in radio or TV shows – are now rarely mentioned in the popular media. We rush about trying to complete our “Holiday shopping” before December 25th, but millions of children have no notion of what it is really all about. Schools – intimidated by the threat of expensive lawsuits – no longer mention the original Christmas (or any Christmas at all). Even some churches – now much absorbed by the modern “praise music” style – bypass traditional Christmas music because few seasonal songs are written in the modern style. Hymnbooks containing the great songs of Christmas gather dust in church closets. It is all nearly gone from American life – except in the hearts of people. 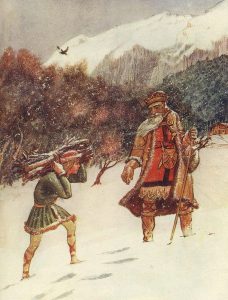 Luckily, in the hearts of people is where it really matters. The story of the birth of Jesus is a charming and powerful story of divine purpose and deliverance. But even that story – wonderful as it is – is not the whole story. For Christ’s Advent is actually the beginning of the Gospel. That God chose to have His son born into the world as a literal child is amazing enough. But why he came to live on earth as a man is what the Gospel is all about. Jesus Christ came to redeem us. He was born as a human child expressly to take the sins of the whole world upon Himself. He provided the unique Living Way for people to be reconciled to God.

Yet Jesus said he brought “not peace, but a sword” to the world. He defines the division between good and evil and between the redeemed and the lost.  In modern, secular America such a concept is so absurd that it simply cannot be mentioned in non-ecclesiastical public forums – and not even in some churches. Intellectuals consider it outrageous. This is the real reason why Christmas can no longer be mentioned out loud. We might tolerate Santa Claus or a Holiday tree or the odd Herald Angel. The Baby Jesus looks all cozy, along with the animals, in the local church’s living nativity display. But linking all this warm fuzziness to the Living Christ of the Gospel is simply beyond the pale. It is totally at odds with religious diversity and universality. The modern secular mind cannot accept it.

Despite this public rejection of Christmas, Christ and the Gospel, the truth lives on in the hearts of God’s people. We know this because we have seen the example of Christians in far more difficult environments than ours. The 20th century was particularly tough for Russian Christians. After decades of suppression and militant atheism, Christianity was presumed dead. But that verdict premature.

On one occasion, ten thousand attendees at an atheism-conference had listened to hours of harangues on the glories of atheism and the secular state. Finally, when the floor was opened for comments and questions an old man shuffled forward and asked for the microphone. In a strong voice he spoke just two Russian words: Christos voskres! (Christ has arisen!) And after an electric moment, 10,000 people rose and roared back the ancient Russian response: Voistynu voskres!  (He is risen, indeed!) “Thus,” reported one observer, “did all the labors of 70 years of the most dedicated anti-Christian campaign in history vanish like a puff of smoke on a windy day.”

In America, secularists have had much sport trying to stamp out cultural and religious symbols of Christmas. Judging from sensational media reports, they seem to be succeeding. Christmas looks to be on the ropes, and American Christians’ response has been weak and ineffective. But it’s all just an illusion. Christ still dwells in the hearts of His people, impervious to all the oppression of the modern-day grinches. They will never succeed.

So Merry Christmas, Americans! He is born, the divine Christ Child…and He is alive! 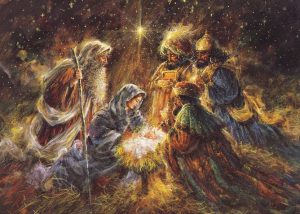