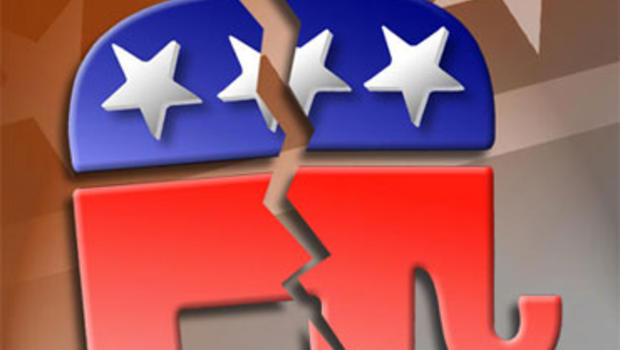 Earlier today,  Dan Webb published an article entitled Integrity First: Keep the Compromise. In this article he lays out the backstory and rationale for a compromise plan that would ensure a Gubernatorial Convention in 2017. This weekend, the SCC is poised to renege on that compromise and vote in favor of a primary.

Whether you support primaries or conventions is immaterial. I myself have mixed feelings on these processes and have written about their pros and cons.  This is about preventing a full scale civil war within the Republican Party of Virginia. Yes, it is true that conservatives tend to prefer conventions and moderates tend to prefer primaries. Therefore it is understandable that if moderates control the SCC we’ll have primaries and if conservatives control the SCC we’ll have conventions.

Fine. However, conservatives, who are just as active and contributory to the Republican Party of Virginia as any other faction, have been laboring under the agreement that the Governors primary would be a convention. It was an olive branch extended to unify the party. Reneging on this agreement will certainly tear it asunder.

There are many pro-convention conservatives, populists, and alt-right (whatever that is) folks with whom I disagree on a great plethora of issues, but this is not about Sharks and Jets and one side of the party against the other. If future SCC’s, absent agreed upon compromises, decide to support primaries, I will happily accept their decision. If the State Legislature decided to institute party registration in the Commonwealth, I would even more happily accept that decision. The decision the SCC makes this coming Saturday will determine if we have one Republican Party or two.

While proponents of primaries may understand that voting on primaries before the election could destroy Trump’s chances of winning Virginia, waiting until after the election won’t make matters any better. This Saturday, the SCC can vote for a convention or we can anticipate years of rancorous antipathy.

“Party Unity” is a tenuous and fragile thing. It requires men and women of character on both sides of the divide to carefully consider compromise, open to trusting that the other side will behave with the same level of decorum and integrity. I am fully aware that neither side has much reason to trust the other and that lapses in integrity are not simply the condition of moderates. I do not wish to hate or personally dislike anyone in the Republican Party and I feel that compromise is healthy and important. This is not, after all, the Republican Party of Steven Brodie Tucker. This is the Republican Party of Virginia.

Renege on this deal, however, and there will be hell to pay.

First, public opinion is that primaries favor Ed Gillespie, who is an incredibly kind, intelligent, and skillful potential politician. He has successfully reached out to conservatives, to the TEA Party, and to hundreds of invested Republican activists across the Commonwealth. If the SCC goes back on their word, large minorities of Republicans will view this as “a dirty trick” to help Gillespie (who, if we’re honest, doesn’t require the aid of the SCC). For an entire year we will listen to wave after wave of complaint that Mike Thomas and Ed Gillespie subverted the will of the people and stole the election. This will spill over into other campaigns with other candidates tied to organizations connected to Thomas and Gillespie.

The divisions in the Republican Party will deepen and activists on both sides will become more entrenched and intransigent. Which begs the question – what the hell are they thinking? If the SCC delays the vote or if the SCC votes for a primary, I will of course participate and will, of course, happily support the nominee, but I’ll also support any opposition to any SCC member that votes for a primary in future elections in any and every district in the Commonwealth. Truthfully, my attitude is the least tense, the least problematic for the party. It’s the thousands of Republicans who will stay home in 2017, ruining the chances of our Lieutenant Governor and Attorney General nominees, that represent the real consequence and danger of this decision.

I just wrote an article aimed at fervent Donald Trump supporters, asking them to build bridges with the rest of the party instead of burning those bridges to the ground. So tonight, I ask the State Central Committee to do the same. Honor your agreements. Like William Wallace said to Robert “The Bruce” in Braveheart, “Unite Us! Unite the Clans!”.

At this point, truly, we have no other option. It’s convention or chaos. Let the SCC decide.

Maybe you people should have thought about the future when you let in every stray dog and cat you could find — biblethumpers, Jim Crow ex-Democrats, the militia crowd, and tin-foil hat wearers of every stripe!!!

Recall that Chinese adage: “When you ride the tiger, it’s difficult to dismount.”

Without getting emotional about this topic, the simple question the party should ask is, do you want educated, involved and dedicated party members to pick your nominee?…or do you want people who watch a tv commercial, aren’t involved and are not dedicated to the conservative cause picking your nominee? The argument that it is too tough for people to get to a convention doesn’t work for me. One of the reasons we are in the mess we are in politically in this country is because people aren’t involved. There are all kinds of analogies you can think of that are non-political which can provoke thought on choosing the right person for the right job. Obvious ones like, you wouldn’t have the Democrats pick our nominee…why? You wouldn’t have a labor union choose your CEO….why? You wouldn’t buy stocks from someone who has a vested interest in selling you them….why? People need to get involved. A convention is the right way for them to do it…my two cents.

And who would those educated, involved party members be?

You mean the Tea Baggers whose main contribution is to shout “POINT OF ORDER!!” and parade around the room, threatening anyone who doesn’t knuckle under?

Involved party members would be those who research candidates, gather facts, analyze those facts and decide which candidates espouse the values of the party best, are electable and will make a good office holder. I wouldn’t want to put a lable on this type of member; other than educated/involved. The Party has a platform for a reason; mainly it’s what we stand for. Having people who don’t share the values of the Party should either be an Independant or Democrat. If they are in Independant, they obviously have to weigh which candidate aligns closest to their beliefs and vote. I personally don’t want to see the Republican Party highjacked by those who do not share our values. Here’s a good analogy…it would be like foreigners coming to America and then demanding that we change our laws and culture to align with their beliefs. Probably more information than you needed…just trying to make my point.

could this coming out now–before the elections in November to be another attempt to make sure Trump doesn’t win, –by CRUZ supporters –or –republicans worried about their democratic paychecks?
that 9 trillion borrowed went somewhere, & the poor in our country didn’t see any of it, did they?
how about any of you?–did you get anything except the bill?
no—that’s not possible–is it?
A DIVIDED PARTY LOSES, DOESN’T IT?

Perhaps it is time to reboot the Constitution Party as a haven for conservatives and leave the Republican Party to the rabble that is weighing it down like an anchor.

I could’ve told y’all last year this would happen… and I sorta did.

the funny thing is Corey Stewart has a better chance winning a primary rather than a convention.

[…] move by the folks at The Bull Elephant tonight, threatening “civil war” if they don’t get their way on a […]

That’s the narrative that will come out of this, for sure.

I like the mental gymnastics Steven. Call for unity in the afternoon and threaten a civil war in the evening.

lol. it’s called righteousness with a political angle. Lot of that going on around here but very few have been fooled by it. But as Sonny and Cher sang so badly ‘the beat goes on”. and on and on.

I didn’t call for civil war.