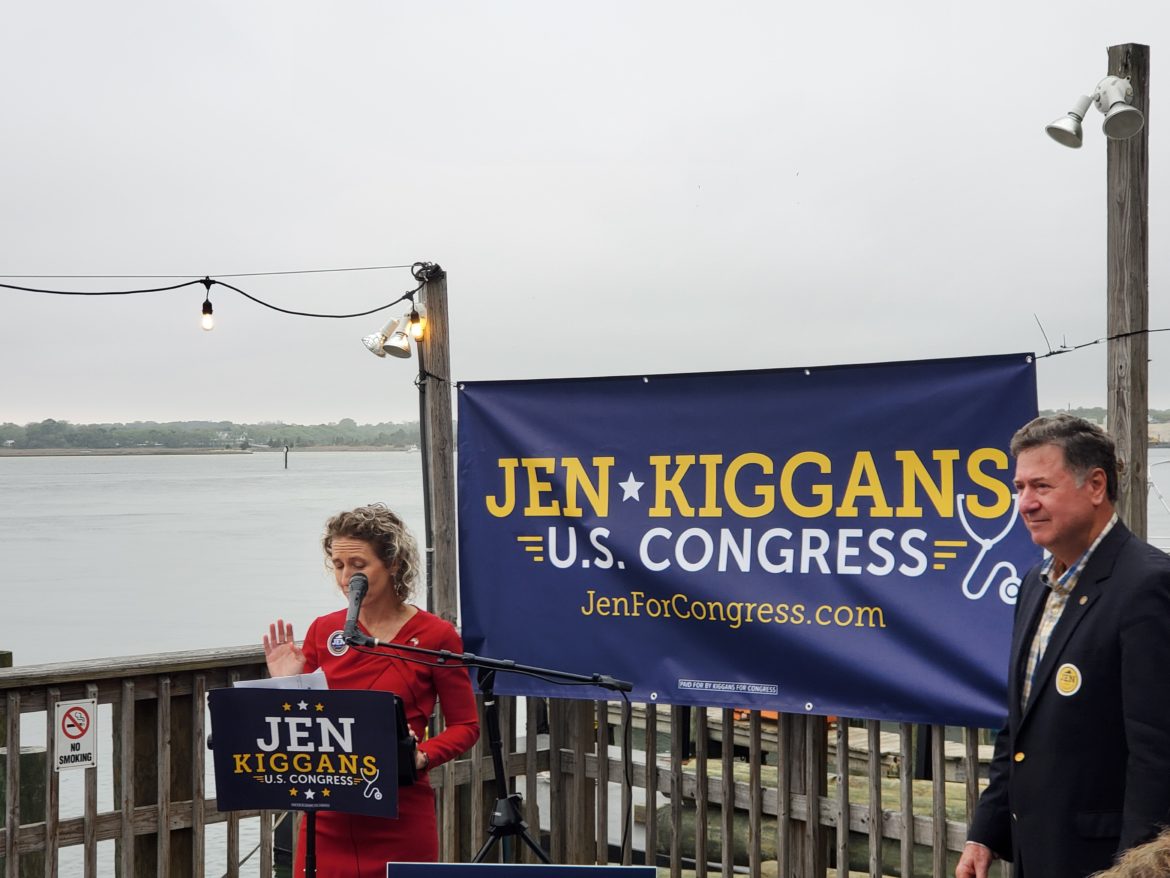 She will likely have primary with Jarome Bell, who lost GOP primary in 2020

Kiggans, a member of the Senate since 2020, told a rousing crowd at an oyster bar in Virginia Beach, that  she has “had a front-row seat to the danger and insanity of one-party, progressive political rule” in Richmond, and “now the same thing is happening to our country.”

Besides Virginia Beach, the district includes Williamsburg and parts of Norfolk and Hampton, plus York, Accomack and Northampton counties. Other elected officials on hand were Del. Kirk Cox, candidate for governor in the May 8 convention; Del. Jason Miyares, candidate for Attorney General; Virginia Beach Mayor Bobby Dyer and Councilmember John Moss.

Luria, also a Navy veteran, unseated former Rep. Scott Taylor (R) in 2018.  While Luria has danced between being liberal and moderate – i.e., opposing Defense cuts, she supported the impeachment of President Trump (twice) and supports restrictions on gun ownership.  Here seat could be an important pickup for Republicans in 2022, along with the 7th District, held by Democrat Abigail Spanberger.

Luria has a nice smile and demeanor – but Kiggans can match her for that head on.  The key thing for Republicans is whether the demographics of the district are still conservative, or not.

Virginia Beach is the largest jurisdiction and in 2020, Trump was the first Republican presidential candidate to lose the city since 1964.

Kiggans was elected to the Virginia Senate in 2019, defeating  Democratic Del. Cheryl Turpin by just over 500 votes — less than a percentage point, according to the Richmond Times Dispatch. In the legislature, she has urged minimum staffing standards for nursing homes and had a bill earlier this year to require the state to notify electoral boards of deceased voters more regularly, which Democrats defeated in committee. Kiggans senate seat is up in 2023.

In her announcement, Kiggans urged “all normal people with the courage to fight” to “forget about politics” and join her effort.

Kiggans will likely have to fight for the GOP nomination against retired Navy Chief Jarome Bell, also of Virginia Beach.  Bell ran 3rd in the 2020 primary Taylor won, but conducted a spirited campaign, notably TV ads attacking Taylor for campaign violations (a number of Taylor aides have pleaded guilty to a 2018 scheme to insert a candidate to splinter votes from Luria).  Bell been pressed by Republican operatives to get out of the 2nd CD race and run for the House of Delegates, but he has shown no interest.  Bell, a staunch African American conservative, resides in Del. Glenn Davis’ House district and could have been a shoo-in if Davis wins the GOP nomination for Lt. governor May 8.  However, Virginia Beach Republicans have a backup for Davis in case he does win the nomination and cannot run for his House seat.  Bell’s web site is at  https://jaromebellforcongress.com/