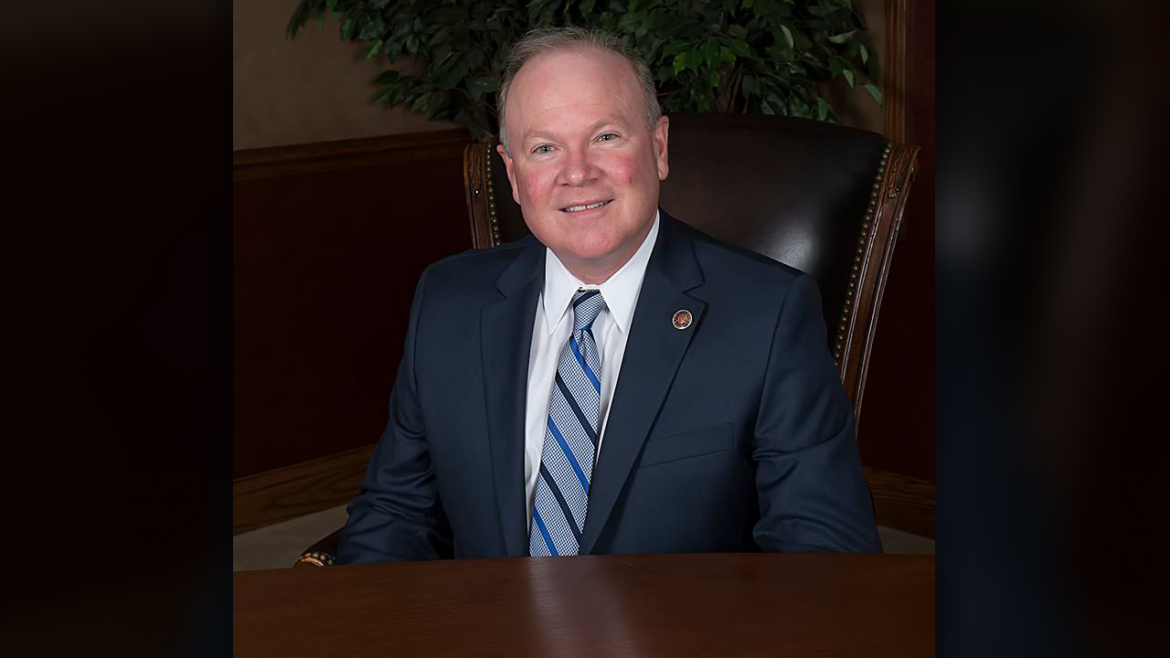 Governor Northam has ordered the state flags be flown at half-mast in memory of the senator.

Chafin was elected to the House of Delegates in 2013 and to the state senate in 2014 representing the 38th district.

“With the passing of Senator Ben Chafin, Southwest Virginia has lost a strong advocate—and we have all lost a good man.

“I knew Ben as a lawmaker, an attorney, a banker, and a farmer raising beef cattle in Moccasin Valley, working the land just as generations of his family had done before him. He loved the outdoors, and he loved serving people even more. He pushed hard to bring jobs and investment to his district, and I will always be grateful for his courageous vote to expand health care for people who need it.

“Pam and I are praying for Lora and their children, and I have ordered the Virginia state flag to be lowered immediately in his honor and remain at half-staff until sunset on the day of his interment.

Condolences are pouring in from around the state. Here are but a few:

“Amanda and I are heartbroken to learn of the passing of our dear friend Senator Ben Chafin. Ben loved life, his family, his work, and the people of Southwest Virginia, for whom he advocated tirelessly. He was a beloved member of the Senate of Virginia, where he will be sorely missed by all. There is a hole in our hearts and in all of Virginia tonight. We extend our love and prayers to his wife, Lora, children Sophie, Audra, and Gus, and his entire family during this difficult time.”

“Senator Ben Chafin was a great legislator as well as a friend. As a native of Southwest Virginia, he cared deeply for its people and was a tremendous advocate for them in the state Senate. I will miss this good and dedicated public servant. My prayers are with his wife Lora and his family.

“SWVA has lost a true leader. I am so sorry to lose my friend Senator Ben Chafin. Ben was a strong advocate for SWVA and a great Virginian. Please join me in lifting up Ben’s family in your prayers.”

“I am Just completely and utterly heartbroken with the passing of A true Virginia Gentlemen, Statesman and dear dear friend, Senator Ben Chafin. I loved to make him laugh just so I could hear it, I loved to listen to his passionate arguments on the floor just so I could wish that some day I might be just as good as he was at making them, and I loved being his friend, just so that I could say I was his friend to anyone who would listen. What a good soul he is, and we shall meet again my friend, but I am simply lost without you being here with us now. My wife and I along with our children, who served as Senate pages and loved him dearly, grieve tonight with the Chafin family and his wonderful wife Lora. He most certainly walks with the Angels now.”

Delegate Israel O’Quinn (R-5th HOD)“So sad to hear of the passing of our friend and colleague, Senator Ben Chafin. It’s a huge loss for SWVa and for his family and we all need to keep them in our prayers.”

Virginia House GOP “Virginia has lost a great man and we in the General Assembly have lost a good friend in Senator Ben Chafin. Our prayers are with his family.”

Virginia Senate Republican Caucus“It is with profound sadness and sorrow that we learned of the passing of our good friend and colleague, Ben Chafin, this evening.”

[…] State Sen. Ben Chafin, (R-Russell) died on January 1st from complications of COVID-19. He was 60 years old and represented the 38th district in the Virginia Senate. […]