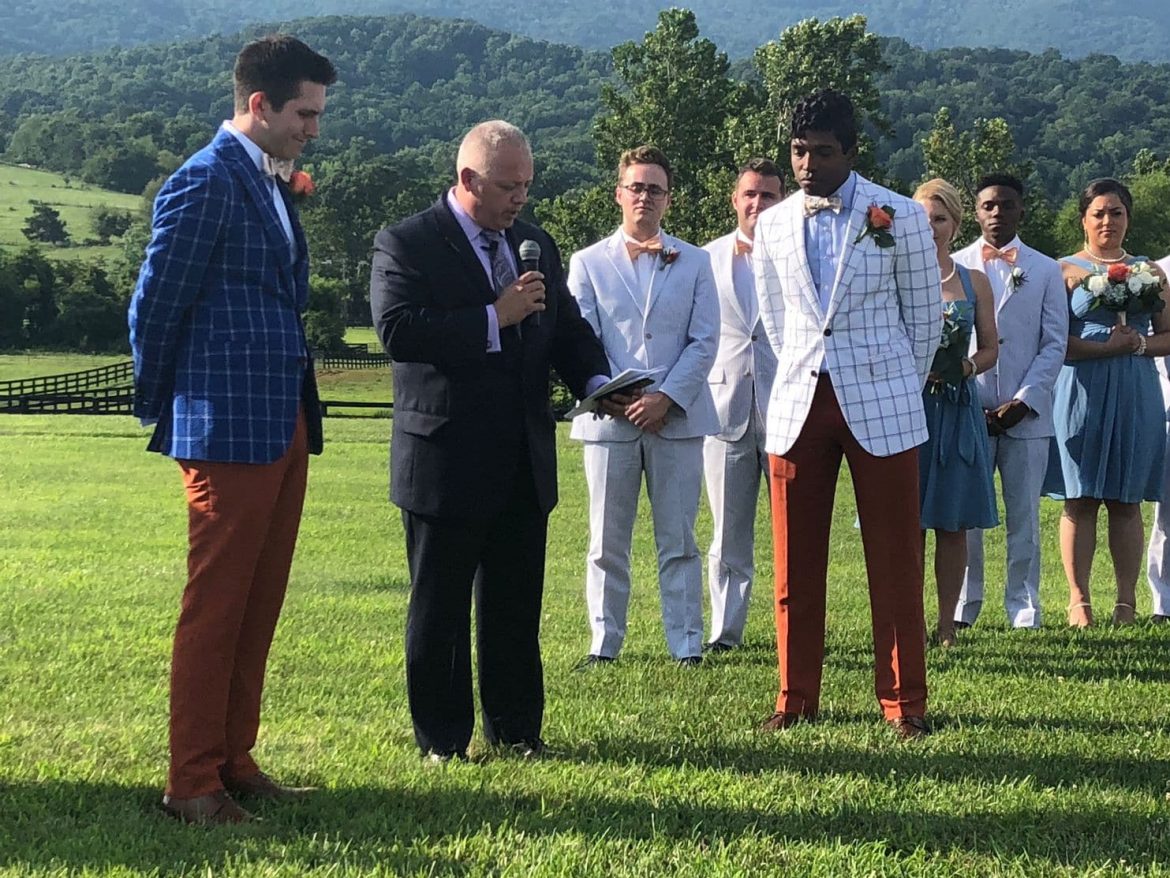 “As Chairman of the Buckingham County Republican Committee, I, Dylan Slaughter, would like to publically announce, my, as well as many of my members’ disapproval and disappointment in the actions of our Congressman, Denver Riggleman, in performing the official ceremonies of a homosexual wedding.  Of course, we believe in liberty and freedom of a free country such as the U.S. for people to make their own choices in religion, marriage, etc. but do not appreciate having a Congressman, who represents us, endorsing and participating in actions endorsing homosexual marriage when our party platform and foundational beliefs in God support the traditional views of marriage between a man and a woman.  We invite anyone to join our cause of conservatism but do not shy away from our party platform. When a Congressman acts in this way or in any way, he or she is representing his or her district and we feel Congressman Riggleman’s actions do not represent us. After speaking with many Conservatives and Republicans in Buckingham County, this mentality was shared and echoed among the county. We will begin to look at actions as a local committee to distance ourselves from the Congressman’s actions but also to look forward to the continued growth and progress of the Fifth District of Virginia and its seat in the House of Representatives.”