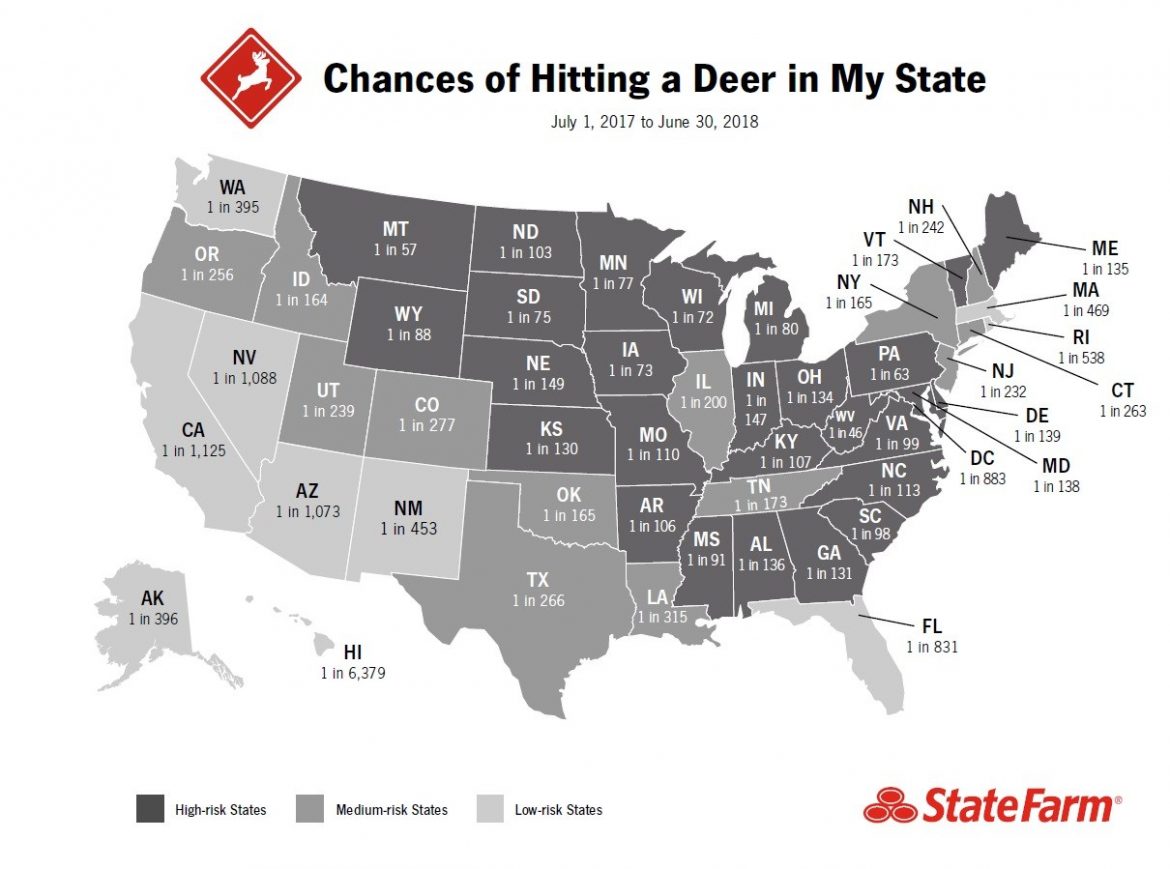 States with the most deer accidents

If you live in rural Virginia chances are you’ve had a deer run into your car or you know someone who has.  (We don’t hit them, they run into us.)  Mating season for deer, called rut, has begun. For the next three months accidents with deer will increase. Virginia ranks 12th on the list of states with the highest number of deer accidents.  We have a one in 99 chance of hitting a deer, although I’m sure it’s much higher in places like western Loudoun where we see deer every day.

The list of the states where you are most likely to hit a deer:

States with the most deer accidents was last modified: October 14th, 2018 by Jeanine Martin