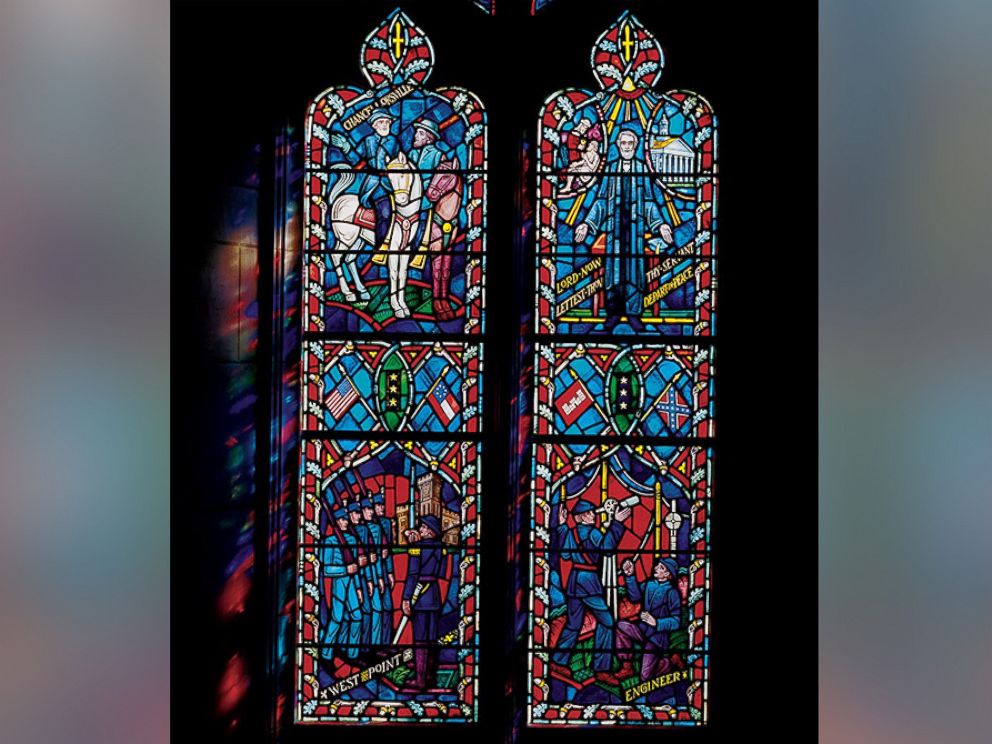 During the Soviet Era – Russians now avoid the word “Communist” – Josef Stalin gained a certain notoriety by purging from his regime’s history the names and images of people who had fallen into disfavor with him. A tool for this effort was his Bureau of Erasure (I don’t know the Russian title) which doctored all official photos to erase the images of persons Papa Joe didn’t want remembered. These included Trotsky and others who were “terminated with extreme prejudice” during his bloody reign. Their erasure turned them into “unpersons” – as though they had never existed. Some original photos survived, so it’s possible to compare the originals to the expurgated versions.

We used to laugh at this, back in the day, but not so much lately, since we have now embarked on a variant of the practice ourselves. Leftists have been on a thirty-year crusade to erase the names of certain American historical figures from all public venues. Starting in the 1980s, minority-aligned politicians in the South began to rename schools, buildings, streets and bridges originally named after famous Confederates like Robert E. Lee, Stonewall Jackson, Jefferson Davis, Nathan Bedford Forest, etc. Even the name of America’s iconic Revolutionary general and first president, George Washington, is now being erased from schools and even schoolbooks because he owned slaves.

More recently, a drive to remove statues of Confederate heroes from public lands has swept across the South. In Charlottesville – home of the University of Virginia – demands that a statue of Robert E. Lee be removed from a public park provoked a protest by groups that oppose the removal. Their protest – for which they had received a police-permit – was met by an attack from club-wielding leftists clad in black outfits and face-coverings. The original protesters resisted, producing a riot in which a woman was killed and numerous others were injured when a car deliberately drove into a crowd. Two police officers also died in a helicopter accident as they attempted to reach the scene of the violence. The driver of the car has been charged with murder.

Mainstream Media initially characterized the violence as a racist, Nazi-like attack on counter-protesters, but video-footage of the event belied that claim. Instead, it showed that elements of both left- and right-leaning groups had come to the clash armed with clubs and other implements. President Trump at first criticized the event’s “racist” tone, but later updated his statement to blame leftist as well as rightist elements. He said both sides deserved responsibility. “We are all Americans,” said Mr. Trump, by way of requesting calm and order. His remarks enraged liberals and their media compadres who will accept no criticism of leftist demonstrators, no matter how violent they are.

Mr. Trump went on to ask how far the history-purging would go: “George Washington was a slave owner. So …are we going to take down statues to George Washington? How about Thomas Jefferson?” He didn’t mention eliminating the many portraits of all those historical characters whose lifestyles now offend our politically correct sensibilities – an effort undoubtedly on the horizon.

How long will it be, one wonders, until the “Purgists” notice that Democrats’ great hero, Woodrow Wilson, actually segregated the civil service so minorities could hold only menial government-jobs. Liberals tend to ignore this glaring fact, but Wilson’s infamous segregation-order lasted all through the FDR/Truman era, until Dwight Eisenhower finally reversed it in the 1950s. Ike’s order boosted the desegregation-movement that finally tipped the Jim Crow boat over and changed the country.

President Wilson was also a dedicated Eugenicist. For the unschooled, Eugenics was a racist, faux-scientific movement that advocated elimination of “inferior peoples” by means of sterilization and abortion. The targets were, of course, primarily the “dark” races. The movement was very prominent a century ago. Its adherents included Teddy Roosevelt, Helen Keller, H. G. Wells, George Bernard Shaw, Winston Churchill, and Alexander Graham Bell.

Margaret Sanger, modern liberals’ “patron saint” of abortion, was a militant Eugenicist and racist who saw abortion and forced sterilization as the ideal means for eliminating America’s “undesirables.” Her views and those of her peers in the Eugenics movement during the 1930s and ‘40s led to compulsory sterilization laws in 30 U.S. states, ultimately producing more than 60,000 sterilizations of vulnerable people, including those considered “feeble-minded,” “idiots,” and “morons.”

Following the Civil Rights movement of the 1950s and ’60, the Eugenics star had waned, but it shot up again in the 1970s to herald the heroic new crusade for “a woman’s choice.” No longer linked to racism, abortion became liberals’ new Cause célèbre and a compulsory litmus test for all Democrats.

Unnoticed in the hoopla over women controlling their own bodies, however, is the inconvenient fact that while whites are 63.7% of America’s population, white women account for only 37% of its abortions. 30% of black pregnancies end in abortion, while fewer than 11% of white pregnancies are aborted. If these percentages have held constant across the 44 years since Roe vs. Wade, then over 30 million minority babies were killed in the womb over that time – a racial “genocide” that would have astonished Der Führer and made Margaret Sanger so proud. Indeed, Hitler drew inspiration for his own depraved racial purification ideas from Sanger’s efforts.

But I digress. My reason for discussing all this is to show that the historical-cleansing target-list is far richer than one might have thought. Once we grasp the reality of how many historical figures were complicit in – and even championed – mistreatment of minorities, there will be decades of purgative work ahead

But a wide open historical-cleansing movement might take unexpected turns. Like so many reform-movements, there’s no telling where it might eventually go. Today it’s statues of Confederates that a militant faction doesn’t want to see standing in the public square of Southern towns and cities. Tomorrow, maybe George Washington, Thomas Jefferson, and Andrew Jackson will be toast. After that, who knows? Even progressive icons like FDR and JFK might fall under the historical surgeon’s knife.

After all, wasn’t it FDR who discounted reports of Nazi atrocities and refused to admit boatloads of Jewish refugees to the USA during WWII? Didn’t he also fail to support expanded civil rights for blacks in the racist South for fear of alienating his voter-base there? A child could see that the guy has got to go. All his statues, portraits and photos should be taken down, and his name erased from our history (as though he never was).

And didn’t JFK decline to meet Martin Luther King, Jr., and other black leaders when they held their famous “I have a dream” rally at the Lincoln Memorial in August 1963? Wasn’t he afraid of offending that same Southern Democrat base? How can he possibly remain in the Pantheon of progressive heroes after such pusillanimous behavior?

What about Senators J. William Fullbright, Al Gore, Sr., Robert Byrd, and other Democrats who repeatedly blocked legislation to undo Jim Crow laws? They filibustered the 1964 Civil Rights act for 57 days until Republican Senator Everett Dirksen shamed them into letting the legislation come to a vote. In fact, wasn’t the iconic Senator Byrd, an active member of the West Virginia chapter of the Ku Klux Klan? Let the memory of them be erased forever! They’re stinkin’ up the joint!

In June of 2016 the dean of Washington National Cathedral ordered two stained-glass windows featuring Confederate flags to be taken down from the historic Gothic edifice. “It is time to take those windows out,” said the Very Reverend Gary Hall. The famous church had windows honoring Confederate generals Thomas “Stonewall” Jackson and Robert E. Lee. Each window contains an image of the rebel flag.

I live in Virginia now, but I’m a born Pennsylvanian. My forebears worked and farmed there. Some of them were soldiers of the Revolution, and some fought for the Union during the Civil War. So I don’t carry a torch for Robert E. Lee or any other Confederates. But you don’t have to be an unregenerate, flag-waving Rebel to feel uncomfortable about mobs pulling down statues of brave men who acted honorably, as they saw it – even if we now think their cause was mistaken.

I hope I’m a mature enough American to understand that not everyone who disagrees with me is a bad person who has to be silenced and erased. I am deeply offended by the fact that our public dialogue is being controlled by people with exactly that attitude.

Must all those Rebs now go down the “memory hole” of history because we think they were wrong? Is that really the kind of people we want to be? I suggest that our champions of “historical cleansing” should be careful what they wish for. They have heroes, too, and the game can be played two ways. Who will referee it? And how will we know when the game has gone too far? Perhaps it already has.