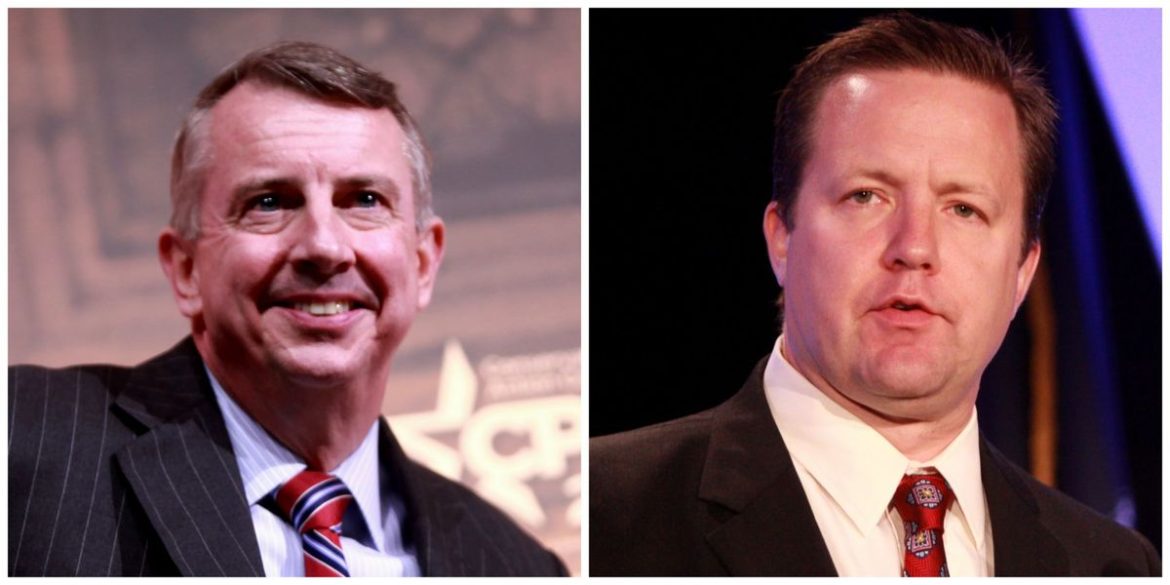 After narrowly losing the primary for Governor in June, Corey Stewart said he would not endorse Gillespie unless he came out more strongly for protecting Confederate statues and against illegal immigration.  Stewart said, “There is one word you will never hear from me, and that’s unity.”

Corey Stewart is a candidate in next year’s election for Senate.

Gillespie is running ads supporting Confederate statues and taking a harder line against illegal immigration.  Stewart has praised Gillespie for “moving further to the right”.  From The Washington Post:

“If it takes an endorsement to help defeat the radical, antifa left from taking over control of our state, I will do it,” Stewart said, using a word used to describe left-wing, anti-fascist activists. “But whether that’s an endorsement or bringing some energy to the base to show up and vote, whatever it takes, I will do whatever I’m asked to do.”