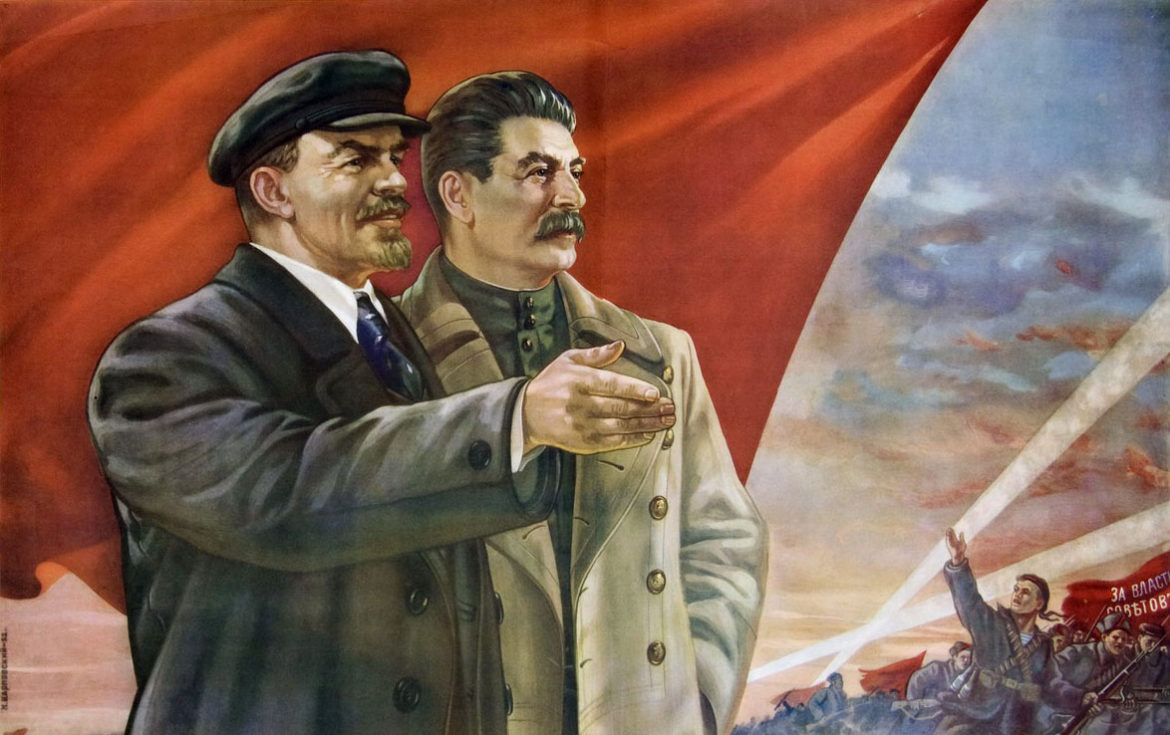 Still Crazy After all these Years – Socialism Forever!

“Government programs are the closest thing to eternal life that we’ll see on this earth.” Ronald Reagan said that, and he might have said the same about crack-brained economic ideas like socialism. It’s the Energizer Bunny of politics.

So what about socialism? Is it really so bad? Every new generation asks this, believing it’s a wonderful new idea that has never been tried, or hasn’t been “properly applied.”

We heard it all again in ‘08, as it became clear – beyond peradventure of doubt – that Barack Obama was a genuine, dyed-in-the-wool, far-left, command-economy socialist who wanted to “fundamentally transform” (his words) America’s economic system. Mr. Obama expected government to: take over banking and health care; replace carbon-based fuels with “green energy;” and nationalize public education. He commandeered General Motors, stiffed its bond-holders, wrecked the coal-industry, fought shale-oil recovery to a bloody draw, and tripled the national debt – much of it by executive orders. If that’s not a serious socialist, I’d like to know what one looks like. Maybe Josef Stalin? (Ƭобарищ!)

All this, Mr. Obama claimed, would level the economic playing field, redistribute the wealth, deliver us from our capitalist excesses, and save the planet before it was too late. He trotted out every tired nostrum ever proclaimed about socialism, across its 150-year history, and applied it at the highest levels of government in a mad rush to make us the European Union, west branch. It would be an economic miracle – almost a rapture.

Just so, socialism’s comeback is partly due to poor education of younger people (and perhaps amnesia among older people). Millions seem clueless about what socialism is and, more importantly, what it has been.

Massively applied in Russia, China, Sweden and Venezuela – and to lesser degrees in other countries – socialism has brought poverty, ruin and even violence every time it has taken over a country. Sweden – the very model of modern, enlightened “democratic socialism” – went belly-up when it finally ran out of other people’s money. The Chinese – far too smart to stay with block-headed socialism – have been steadily moving toward capitalism and entrepreneurship since the 1989 Tiananmen Square riots. Say what you will about the Chinese, they know where the money comes from.

The USSR finally collapsed under its own weight when its supply side died. Russian friends say they had bushels of money that was essentially worthless because there was nothing in the stores to buy. Venezuela went from South America’s richest country to an economic basket-case under socialism. And in case we’ve forgotten, the Nazis called themselves the National Socialists. How did that work out? (Sieg Heil!)

Socialism has never worked, even under the application of force. And it will never work because it is “systemically flawed” (a label that modern liberals falsely hang on capitalism). Yet socialism – currently called “progressivism” – rears its head in America every 15 or 20 years and makes a serious run for control of the country. Often its champion is an attractive politician who promises a new Garden of Eden under a new, “compassionate” system where government takes from those who have “too much” and gives to those who have “too little.” (New enthusiasts invariably expect to be its beneficiaries.)

Past liberal presidents – e.g., Jimmy Carter and Bill Clinton – were either tepid socialists or unprincipled opportunists who implemented the ideology timidly. Finally, though, we elected a dedicated socialist who outstripped all of his predecessors in boldness. He was determined to change the country, and he nearly did it with the support of a radical congress, a stalled economy, and a nation of frightened people who had lost jobs and savings in a bank and stock-market crash that shook international fiscal foundations.

The emergency allowed Mr. Obama to run around the country spouting nonsense like “we’re going to spend our way into fiscal responsibility,” without being called on it. He got away with that shtick for a while, but eventually the voters got wise. It was a pretty good run while it lasted.

Despite its copiously documented failures, socialism keeps coming back because it always sounds so good, so fair; so consummately righteous. Young people – particularly those ignorant of socialism’s dreary history – are drawn by its glowing promises.

As a worker-bee, I saw that salary and vacation are two issues that might turn young workers into socialists. Young people with young families rarely earn enough money or get enough time-off from their jobs, while older people often have more than enough of both. Wouldn’t this be an ideal place for the “haves” to help the “have-nots?”

The socialist idea is great in theory. The difficulty is that fundamental facets of human nature simply will not let it work. To demonstrate this, I cite an anecdote that I came across. I can’t attribute it, as no author was listed, but it undeniably rings true.

An economics professor at Texas Tech said he had never failed a single student, but had once failed an entire class. That class had insisted that socialism could work: no one would be poor and no one would be rich; the playing-field would be leveled.

The professor proposed a class-experiment on socialism. Grades would be averaged: everyone would receive the same grade; no one would fail and no one would get an A.

The scores never increased. Bickering, blame, name-calling and hard feelings were the result. No one would study to benefit anyone else.  All failed, to their great surprise. The prof pointed out that socialism always fails because when the reward is great, the motivation to succeed is great. But when government takes all the reward away, no one will try or want to succeed.

A second anecdote originated in Russia. A friend recounted it after his visit there.

An entrepreneur offered two menial workers – each earning two kopeks a day – a chance for higher pay. One would make four kopeks a day; the other would make eight. Both would have to sign up to make the opportunity work. Would they agree to it?

Their answer was “No!” They considered it “unfair” that one of them would earn more, and they were willing to forego the higher pay on that principle.

It took over 70 years of Russian socialism to deform work-attitudes in this way. No one knows how long it will take to undo them – if ever. Now Americans are being drawn in the same direction by the siren song of “fairness.” Are we sure it’s where we want to go? And are we really prepared for what the world will be like when we get there?

Under eight years of Obama-style socialism we got Obamacare, Obama-nomics, and a boat-load of job-destroying regulations. Worker-participation rates hit their lowest levels (61%) since the Carter years. Mr. Obama ruined the coal industry, and was well on his way to making electricity rates “skyrocket,” as he had promised. The economy crawled along for eight years. How did we like it so far? Not so much, is my guess – unless you were part of the gang that just wanted to keep the Gravy Train rolling.

Democrats would have you believe that our economic problems were caused by Republicans who kept Mr. Obama from implementing his program properly. Except for opposition by GOP Congresses, they say, everything would have been hunky-dory. Hillary Clinton said she would get it right this time. Bernie Sanders and his young minions – who wouldn’t know socialism from a church-social – pushed Mrs. C waaay left. She didn’t mention “socialism,” but there was no doubt where she wanted to go.

By the Lord’s mercy (or the Devil’s intrusion, depending on your point of view) enough voters drew back from the brink at 11:59 to keep the boat from going over the falls. They evidently weren’t willing to bet the country’s future on four more years of Obama/Hillary socialism.

It was a narrow escape. But socialism isn’t dead, boys and girls – not by a long shot. It’s only sleeping. And it will be baaaack…

Still Crazy After all these Years – Socialism Forever! was last modified: August 14th, 2017 by Woody Zimmerman

What Can You Trust?
Life is a search for dependable things in an unreliable world. Apart from willful lies there are countless mistaken ideas, half-truths, empty promises, excuses and exaggerations, not to mention gossip and slander. Here the truthfulness of God is presented and His solid promises to all who come to Him…
http://www.metropolitantabernacle.org/Sermons-on-Titus/What-Can-You-Trust

“Buy the truth, and do not sell it; buy wisdom, instruction, and understanding” Proverbs 23:23.

BUYING THE TRUTH; by C.H. Spurgeon (1834–1892):
“Buy the truth. Here is the treasure. Cost what it may, buy it. Here is the piece of merchandise which you must buy, but must not sell. You may give all for it, but you may take nothing in exchange for it, since there is nothing that can be compared to it.” ~ C.H. Spurgeon ~
http://www.spurgeongems.org/vols61-63/chs3449.pdf

There was a rather famous quote regarding soviet socialism that went something like this “We pretend to work and they pretend to pay us”. Eventually, quality suffers and money is worthless.

The socialist welfare state ideologue is a bit over 100 years old. There is no example of it being a long term success because you eventually get too many people on the welfare dole and too few willing to kill themselves in work to prop them up. The USA was once the greatest creditor nation in the world. Now it is the greatest debtor nation