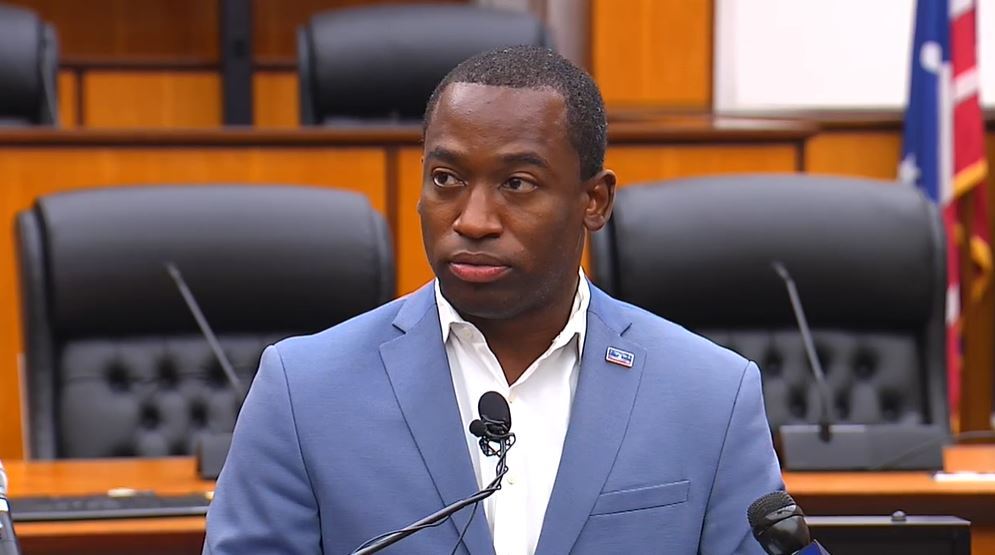 Stoney in the Dock

Commonwealthâ€™s Attorney Tim Martin who was appointed by a Richmond Circuit Court judge to decide whether to charge Richmond Mayor Levar Stoney with a crime for awarding a no bid contract to a friend of Stoneyâ€™s has filed a formal request with Attorney General Mark Herring to open an investigation.Â

The heat Mayor Stoney is facing is a result of the questionable method by which he removed some statues dedicated to Confederate officials of note previously located on Monument Avenue.  Specifically, he is under criminal investigation for awarding a $1.8 Million no bid contract to a friend of his, Devon Henry, for the removal of the statues. Mayor Stoneyâ€™s justification for awarding this no bid contract to his friend was his unilateral determination that the mere presence of the statues constituted a danger to the citizens of Richmond.  Thus, Mayor Stoney determined he could personally order the removal of the statues without engaging in a competitive bidding process or obtaining the approval of the Richmond City Council.

The artifacts are presently located at a wastewater management facility.

Kim Gray of the Richmond City Council referred the investigation of this matter to Commonwealthâ€™s Attorney Collette McEachin, who is the wife of Donald McEachin, the Representative for Virginiaâ€™s 4th Congressional District.  Collette deferred this matter to the Richmond Circuit Court asking if a Special Prosecutor should be appointed because she thought she had a conflict of interest and didnâ€™t feel comfortable making the decision to charge Mayor Stoney with a crime or not.

The actual removal of the statues was carried out by Connecticut company Smedley Crane & Rigging. I believe Smedley has the only heavy duty cranes on the East Coast which have the load bearing capacity of carrying out such an undertaking although I am certainly not an expert on engineering matters.

As long as I am writing about this matter, allow me to express my personal contempt for the hopelessly incompetent Richmond, Virginia â€œartistâ€ Paul DiPasquale who oversaw the removal of one of the statues, the Matthew Fontaine Maury statue.Â  This was an inoffensive statue dedicated to Mauryâ€™s achievements as a scientist and was not a â€œLost Causeâ€ statue.Â Â

Stoney in the Dock was last modified: November 11th, 2020 by Dave Webster