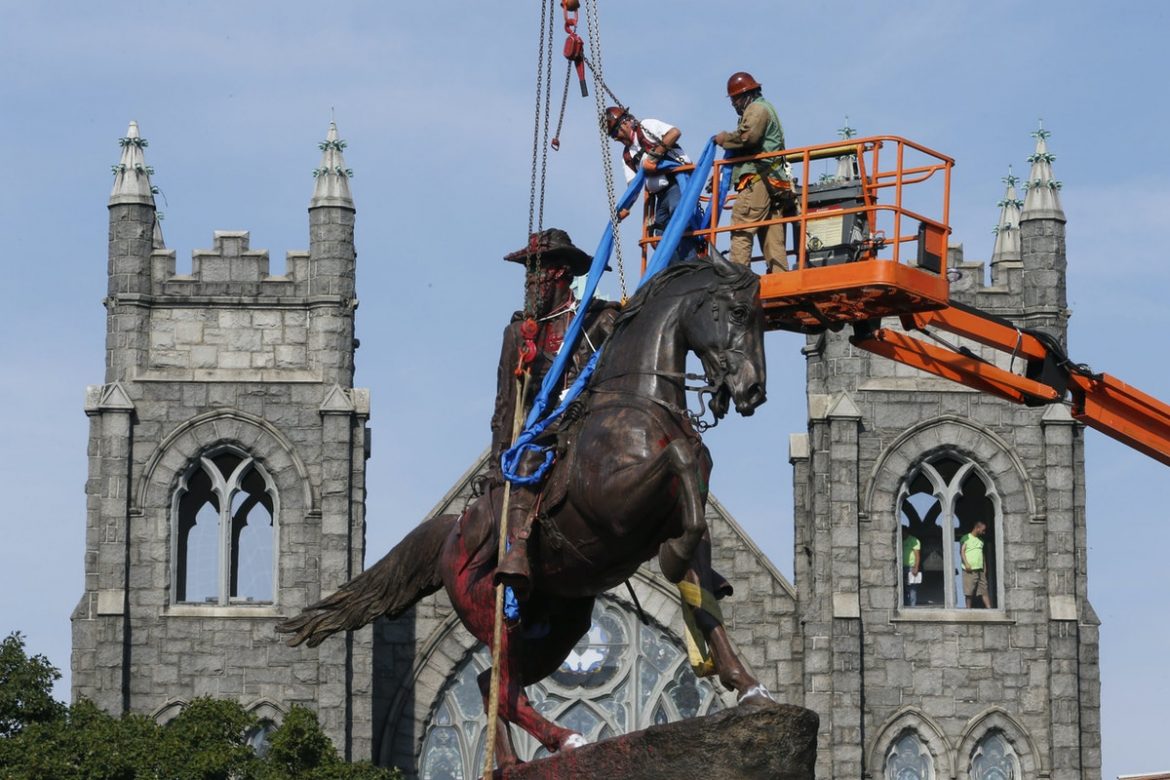 The Stoney administration did not answer Bacon’s Rebellion requests for information when we were researching Mayor Levar Stoney’s awarding of a $1.8 million contract outside of Richmond’s procurement laws, but it did respond to the Richmond Times-Dispatch when the newspaper followed up on the revelations posted on this blog.

Here’s how Stoney spokesman Jim Nolan justified the awarding of the contract to NAH LLC, owned by Devon Henry, a Stoney donor, to take down several of the city’s Confederate statues last month.

Were it possible to pursue a traditional procurement, the mayor would have done so, but circumstances required him to pursue a different legal avenue and he chose to prioritize protecting lives and property over process. … This decision was fully within his authority, and he stands by it.

Nolan said that the city “reached out to many vendors” but most requests were ignored or immediately rejected. “NAH was the only one willing to take on the job.” NAH hired an out-of-state contractor, Smedley Crane & Rigging, to do the work.

Bacon’s bottom line: Let me reiterate: I am not raising these issues to re-litigate the fate of the Confederate statues. That horse is out of the barn. It’s time to move on. But it does matter how the statues were taken down. Did the mayor act legally, or did he succumb to the pressure of the mob?

The RTD article does not address several of the particulars I raised in my post:

The article also raises new questions: What was the Northam administration’s involvement? A June 22 Washington Post article highlighted the role of Rita Davis, Northam’s legal counsel, in devising a legal justification to take down the Robert E. Lee statue. Stated the article:

The administration is so confident in her position that it attempted to take down the statue quietly, before Northam announced it. But they couldn’t find a Virginia-based crane company willing to take on the controversial job, Mercer said.

The fate of the Lee statue, which resides on state land, resides in the courts. The statues removed by NAH are located on city property. But Stoney faced the same problem as the Northam administration finding a vendor to do the work. Judging by Nolan’s response to the RTD, there was an element of collaboration between the two — Northam extended the state of emergency at Stoney’s request. It should surprise no one if such collaboration occurred, but the public is entitled to know the full context of how the deal went down.