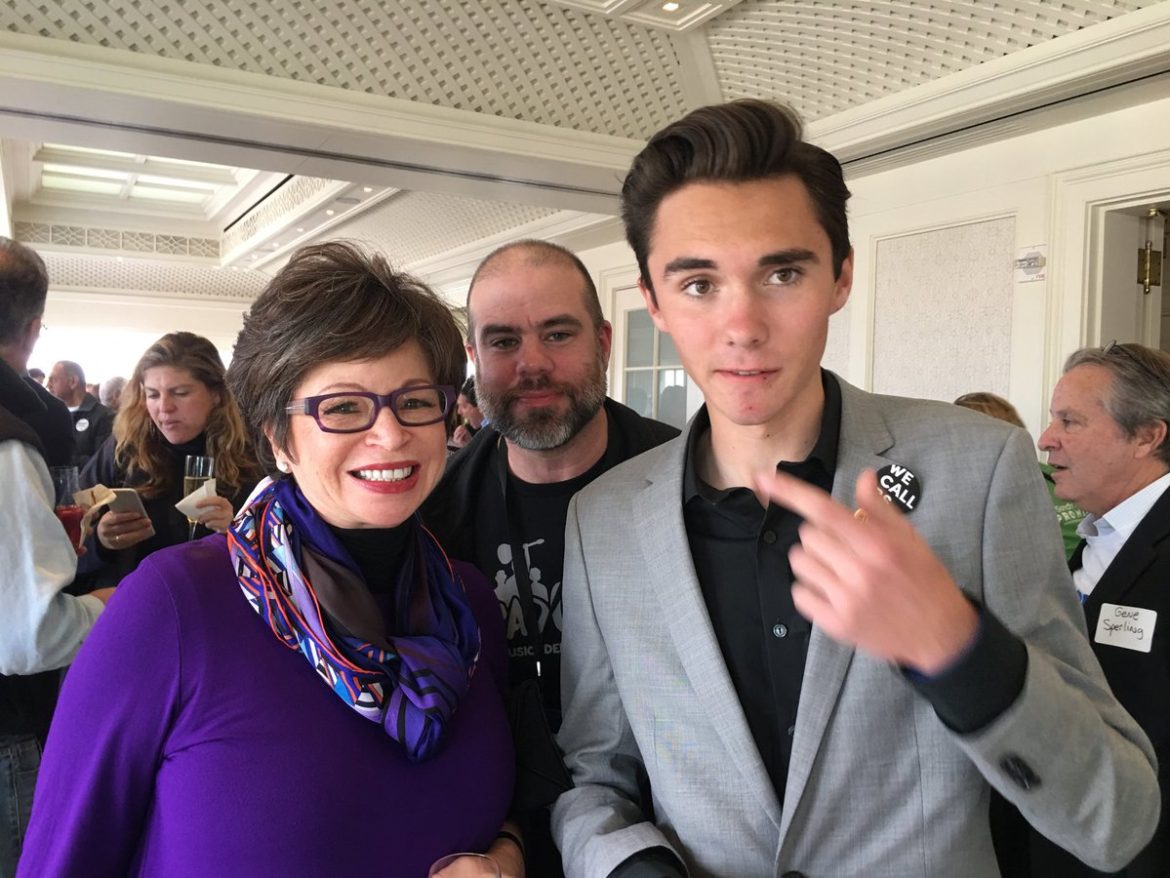 Student Pawns in a Dangerous Game of Chess

Are Fairfax County students pawns in a Second Amendment game of chess? Are their parents the knights? Teachers the bishops? Schools the castles? Who are the King and Queen?

Visualize the pieces on a chessboard. Pawns are the front line of attack, protecting the pieces behind them. They are the most numerous. And they are expendable.

In the aftermath of the Parkland, FL school shooting, a “student-led” movement was birthed. How could students organize so quickly nationwide walkouts on March 14, and then mass rallies 10 days later? Seemingly overnight, coordination around the country was put in place to get students whatever they needed to demand safe schools.

This is not a student-led movement. It is a movement that leads students.

The March 24 rally in Washington, DC supposedly was organized by students from the Marjory Stoneman Douglas High School in FL. The permit application was filed by Deena Katz, a Los Angeles-based television producer and co-executive director of the Women’s March Los Angeles Foundation. She signed the application as president of the March For Our Lives Action Fund, which is incorporated in Delaware.

So what’s the connection with the FL students who have suffered a terrible tragedy, who have been swept up from their hometown grief to the national stage, and who have overnight media sensations in David Hogg and Emma Gonzales? The Parkland shooting and surviving students are ready-made for exploitation by political activists. To be clear, I am not discounting the students’ grief, not at all. My sympathies for them are only compounded when I consider that they — at least to the political Left — are convenient pawns.

Consider how students have been used as pawns by tyrannical political movements: China’s failed leader, Mao Zedong, mobilized China’s student population to restore him to power after he had destroyed the country’s economy. Adolph Hitler mobilized “Hitler Youth” aged 10 – 18 to advance his political agenda. The Young Pioneer youth movement took root in many Communist countries during the last century – and even in the United States as part of the Communist Party USA.

We dare not forget history, lest we be doomed to repeat the mistakes of the past. Once again, it would appear that youth are being recruited to advance an organized and dangerous political agenda against the Second Amendment.

Another international day of anti-gun protest is planned for April 20 to commemorate the Columbine High School shooting 19 years ago. Websites, sponsors, media personalities, t-shirts, transportation, talking points, coordinated slogans and oft-repeated phrases for signage all are coming together rapidly and seamlessly.

So who are the King and Queen on the chessboard? We may never know. But by observing and learning who is funding and helping to organize mass student mobilizations, we can try to protect students from being played as pawns.

These nationwide student protests are community organizing on a grand scale. And who knows community organizing better than someone like Valerie Jarrett, a longtime confidante to former President Barack Obama. On March 24, Jarrett tweeted alongside her photo with David Hogg: “Great to meet David Hogg who helped organize #MarchForOurLives. The beginning of our marathon.”

The beginning of whose marathon, Valerie?

Please do not post photos or videos of the author. You have been warned, twice. Three strikes and you are out. Do not do again.

There was a scene in Dr. Zhivago, where some school kids (dressed in white uniforms) were practicing marching with their teacher along a road. Some Red Army troops saw them and slaughtered them. Are these kids being set up similarly?

These people give the term “useful idiots” a whole new meaning. I prefer “useful imbeciles” but that’s just personal preference. And where is the fake news coverage of the students who walked out of classrooms to protest the Left’s attempts to take everyone’s guns? I’ll bet Jarrett travels with armed guards. Why hasn’t she demanded they give up their guns. Ah, hypocrisy, thy name is Democrats.

“It’s exciting to be in a grassroots movement. There is no head to it — people are empowered as individuals; it’s very exciting.”
– Catharine Trauernicht at a Tea Party event sponsored by FreedomWorks, the organization founded by the Koch brothers and not required to disclose its donors
(See: https://www.sourcewatch.org/index.php/FreedomWorks)

There are well-organized forces on any side of every issue. CT is using it for her purposes the same as everyone else.

Every time I see a picture of the Puppet of he Left he’s giving someone the “finger?” You would think he would have some measure of respect for people?

“My sympathies for them are only compounded when I consider that they — at least to the political Left — are convenient pawns.”

Do your sympathies extend to Kyle Kashuv who is equally a pawn of Charlie Kirk and his ilk?

Exactly. This is a grassroots movement started by the kids who are fed up with numbskull, uncaring “adults” who don’t (or won’t) choose to govern wisely

Can anyone identify the guy standing between Jarrett and Hogg? There’s something familiar about him. The man to the right with the name tag is Gene Sperling, who was an economic advisor to Presidents Clinton and Obama. One more observation: looks to me like the venue is the top floor of the Hay-Adams Hotel. A pretty swanky place for a high schooler party. Again, can anyone identify the man in the middle?

I’m having trouble with his name, but he is over CAIR. This organization and Muslim Brotherhood was to be prosecuted in 2011 after the Holyland trials, but according to a Nation Security Memo in April 2011, prosecution of all Muslim Brotherhood Organization was being blocked by the White House.