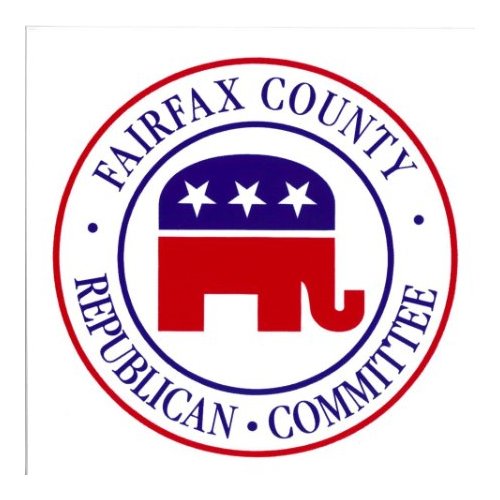 At last night’s Fairfax County Republican Committee meeting the majority of the magisterial districts rejected primaries (the state run process) as the preferred method of nominating their candidates for the November election.[read_more]Those districts chose a mass meeting or a canvass over a primary.

In Sully District, where Brian Schoeneman is running for Supervisor against conservative John Guevara, (along with two others who may be candidates) the vote was overwhelmingly in support of a mass meeting. The vote in the district was 20 to 2 in support of a mass meeting or canvass, with only two members voting for a primary, the state run process. Those two voters were the new residents of Sully district, Brian Shoeneman and his wife Kaye Ann. The district chose a mass meeting rather than a canvass or primary.

Following the vote, at the end of the FCRC meeting, Chairman Matt Ames allowed anyone to speak for two minutes.  Two candidates chose to speak. One was John Guevara who spoke about his conservative credentials, his time in the Army, and his numerous community activities in Sully district. His opponent, Brian Schoeneman declined to speak. Nor did the other possible candidates in Sully speak. (I don’t know if they have officially declared their candidacies so I not naming them here. One of them may or may not be a commenter on The Bull Elephant.)

Each district met and chose their preferred method of nomination. Springfield and Braddock have incumbents in office.  It had previously been decided that there would be a primary in those two districts so their members did not vote last night. Choices in the remaining districts:

The entire Fairfax Committee must vote next month to approve the individual districts’ preferred method of candidate nomination.

There have been multiple edits and updates to this post. I think to be fair to the readers, there should be a disclaimer alerting readers that the substance has changed. But those who are commenting on the blog now are not commenting on the original post.

A Republican spoke for 1 minute in front of other Republicans. What is the big deal??!! and yes Sully was for a mass meeting. Why go with the most expensive method for determining our candidate!!? Come on we all want spending cut… well maybe a few don’t care about expenses! but most of us DO!

Just as a disclaimer, I am a member of the Executive Committee and was present last night. We felt as a leadership group it was very important for the members of each district to express their thoughts. We got varying results but I think that is great because it reflects the grass roots at the district level are helping to drive the process. From my experience in Hunter Mill, we had a thoughtful discussion and weighed each option. Some got what they wanted, some didn’t, but everyone had a chance to voice their views. That is how things should work. I didn’t see what happened in the other districts but it seemed like many had a similar experience.
As Operations Chair I realize how much we depend on our volunteers, many whom are members of the FCRC, and I feel strongly that if we are going to ask for their help in the fall, we should be listening to them about how they want their candidates nominated. Intra-party politics is a rough and tumble sport, but everyone should be given a seat at the table and be allowed to express their views. Sometimes we may not like the results, but we let everyone speak and vote, and move forward unified once the decision is made. Next month the FCRC will vote as a whole to adopt the executive committee’s recommendation. I want to thank those who participated and gave us their input. We as a committee greatly value it.

state-run primary for something as small as a magisterial district nominating contest is asinine, however you fall on the debate.

Tremendous news. The Fairfax GOP is swiftly rising in my esteem.

Yes, they finally have some conservatives in FCRC. Good news indeed.

Read the post again and the comment from Fairfax Activist. Only two people voted for a state run process, that means a primary. Only Brian Schoeneman and his wife voted for a primary. I chose not to mention the other two candidates. I said Mr. Guevara spoke and Mr. Schoeneman did not. Is that not correct?

Why would I need to be at the meeting to report on it? I have sources so that I need not be everywhere. Surely you are aware that reporters and bloggers report on things without being present.

Before you ask, I wasn’t at the General Assembly either.

And Fairfax Activist said, “roughly 20 to 2.” That’s not what you reported.

There was a strong majority in favor of a mass meeting. Brian, his wife, one in the back and myself voted for primary. That’s four. I was standing in the front and could see all. Again, not what you reported.

Yes, Mr. Guevara spoke. Schoeneman did not. Again, not what you reported.

You stated, “Following the vote, the candidates were permitted two minutes to speak.” No such allowance was made. Again, not what you reported.

You stated, “Schoeneman declined to speak.” He could not decline an offer that was not made. Again, not what you reported.
You do not need to be at the meeting and yes I am aware that reporters and bloggers report on things without being present. Are you aware that you have a responsibility to report the truth and not some fairy tale (or lie) that you choose to publish?

Yes, at the end of the meeting Matt Ames opened the floor to anyone who wanted to speak, giving each 2 minutes. Mr. Guevara chose to speak, Mr. Schoeneman did not. Apparently you missed that announcement and Mr. Guevara’s speech as well as the Dranesville candidate’s speech.

How are you going to tell somebody who was there what he missed when you were not?

It was confirmed by four people in Sully who were present and voting.

Four different people in Sully district have confirmed that the vote was 20 to 2. Just as you missed Matt Ames announcement at the end of the meeting, perhaps you missed this vote as well.

There’s nothing to “miss”; its customary to open the floor to allow people to say things. It’s also incredibly unusual for a candidate to use that time to give a campaign speech. Usually those types of things happen earlier, as part of the program, and with FCRC’s knowledge.

It’s also understandable that Guevara would not have known this, with this being his first FCRC meeting. His staff is most likely to blame.

Mrs. Chronis was then egged on to say something as well; Brian, understanding protocol and needing no introduction to the crowd, decided not to follow suit.

So, in essence, you took a candidate hi-jacking a time usually reserved for the Women’s club to announce their next meeting and turned it into another candidate you have a personal grudge against declining an offer that was never made.

And you wonder why so many people question almost everything you post.

Ridiculous to say that politicians don’t speak at FCRC meetings. Of course they do. I have gone to FCRC and LCRC meetings for 20 years and seen politicians lined up to speak at the end of the meeting. Matt opened the floor for ANYONE to speak. He made the offer several times. Schoeneman missed an opportunity to speak and now you want to rewrite history. I would say ‘nice try’ except it isn’t.

Maybe I’ve just missed you at all the FCRC meetings I’ve been to.

I don’t know how they do things in Loudoun, but in Fairfax if you’re a candidate you typically let the people running the meeting know and they’ll let you know if they’re doing candidate speeches on the agenda, or you can ask them to do so.

I’ve seen candidates speak at ends of meetings as well, but its more like “we have this event coming up”, not an actual campaign speech.

I don’t understand why you think it matters that Guevara spoke and Schoeneman didn’t, especially since you’re on record as saying FCRC doesn’t matter to voters.

Oh please. Candidates can say whatever they want in the allotted time.

You’re really great at arguing against things no one has said.

So Guevara has been a resident of Sully, and active in the community for nearly 2 decades, while Shoeneman moved to Sully last week but has attended lots of FCRC meetings. Which do you think will matter more to voters?

Where did I say voters cared about attending FCRC meetings? For a campaign spokesperson, you’re really terrible at this.

Haha, I am not a spokesperson for any campaign. You are too funny. No wonder no one believes a thing you say.

Stephen, Thank you. Exactly my point. Guevara hi-jacked the time to give a plug. Ames opened the floor to announcements; for those who have been around and understand, not campaign speeches. Nice to see that the article has now been changed/edited to be a little more truthful.

Your post implies that you were there. If you weren’t there then you should make that clear in the post.

Where do I say that I was there? I have five sources on the story, four of whom voted in Sully.

You don’t mention sources and the reader is left to assume you were there since it’s implied in your post. Again, this is not a hard concept. You should make clear that you are “reporting” from sources and not first hand. Its dishonest.