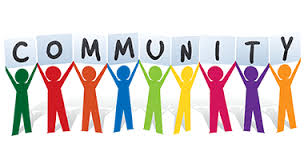 Brian Schoeneman and his campaign manager Erika Dyer ran the best campaign of all three candidates in Sully district.  He raised money, had volunteers, a plan to execute, and was able to expertly dodge the various attacks coming his way.

And none of it mattered.[read_more]

Saturday ended one of the more bizarre political experiments I’ve ever seen.  Brian Schoeneman was trying to prove that if you have enough political connections, enough lobbyist money, and enough support among professional Republican bloggers you could move into a district you’ve never lived in and win a GOP nomination devoid of any practical community connections.  It almost worked.  His campaign, while professionally run, was a sad representation of what has hurt local Republicans in Northern Virginia for years.  Forget for a moment politics and the moderate vs. conservative debate that rages within the GOP, in Northern Virginia the Republican Party has struggled to find candidates that come from the local community.  We find our candidates from the large pool of congressional staffers, DC lawyers, Tysons corporate big-wigs, and lobbyists.  It’s a losing strategy.  Democrats churn out candidate after candidate that serve on some board or community association that always give them a built-in advantage.  So on top of representing all that’s wrong in local GOP politics, he never actually lived in the district he was running for until five days before his announcement.  FIVE DAYS after moving. We need to find candidates whose first interaction with voters isn’t as a politician asking for their vote but as a neighbor.  There is no substitute for local connections and pure effort.  Not even Pat Herrity or Barbara Comstock.

Everyone who runs for office is ambitious, but it is what you do with that ambition that counts.  It’s what you do when nobody is paying attention; when you don’t have fancy palm cards, campaign logos, or political events to go to. The Republican politicians from Northern Virginia who are successful come from their community even if they are a lobbyist or a congressional staffer by trade.  Whether an arch-conservative senator like Dick Black or a moderate supervisor like John Cook, they all have one thing in common. They have spent their days working incredibly hard within their communities beyond politics. Republicans in Northern Virginia need to get away from just yelling at our television screens about how terrible Barack Obama is and instead get out into our communities. If you want to run for office one day then coach a youth sports team, join a Rotary or Lions Club, volunteer at your local church, be active in your HOA and PTA, or join local community boards for the Arts or for local committees that do things like plan parades. We need candidates that people know first as neighbors and friends.  John Cook was the perfect example of this, a Republican who won Sharon Bulova’s supervisor seat because he had been president of the largest HOA in the district.  Voters there knew him as a neighbor and someone who helped them with their community issues first.  We need more candidates like this regardless of where they fall on the ideological spectrum of the party.

As for Brian, my advice (as if he’d listen) would be to follow this great Calvin Coolidge quote: “I’ve never been hurt by what I have not said.”  If he put half the effort into working within his community as he does trying to win friends with politicians and starting Disqus fights he wouldn’t be 0-3 in political campaigns.  He has a bad habit, as someone remarked to me, of stopping to kick every barking dog.  Step away from the computer and go coach a youth sports team or volunteer to plan a local parade or do community outreach for your local church.  Don’t run for office five days after moving into your district.  Take time to learn about where you live and let people meet you as something other than a politician first. You came agonizingly close, anecdotally you were winning by 1pm.  There is no substitute for what John Guevara brought to the table, he flat out outworked everyone in the race.

Brian is just another reminder of the rabbit hole Republicans have climbed down year after year locally when recruiting candidates.  Ambitious climbers uninterested in the work for actually becoming a real community leader and instead relying on political networking and money of others.  It must stop.  Republicans need to be a little less concerned with tea party versus establishment up here because, frankly, we aren’t winning enough to have the luxury of that argument.  There is no substitute for the one and true way to win campaigns … hard work when nobody is looking and earning the trust of your neighbors and community.  Brian tried to use money and outside influence to avoid having to do that.