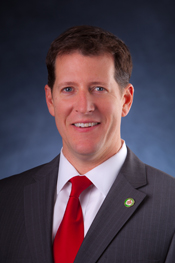 Earlier this week, Shawn Williams, Supervisor for the Broad Run district of Loudoun county, withdrew from the race for Chairman of the Board.Â Unfortunately, that doesn’t go far enough. Williams must resign from the Board of Supervisors immediately.[read_more]

The details regarding this case have not yet been publicly released, but they will be soon (not by us). We have learned the details, and understand the damage they will do to Williams, his family, his supporters, and his fellow Republicans in Loudoun. This incident was horrific, and Williams’ behavior was shameful and absolutely indefensible.

But the undisclosed bad news doesn’t end there. Among other incidents, last summer Supervisor Williams had yet another physical altercation, this time with a neighbor. He says he remains friends with the neighbor despite the neighbor’s call to the sheriff’s office following the altercation. (What adult gets in physical altercations with anyone? It’s never the way to handle a disagreement.)

Many times when bad news surfaces about a political figure the best advice is to grit your teeth and wait for the story to get worse before it then gets better, and fades into memory.Â  In this instance, there is no getting better.Â  It will only get worse.Â  This story will not go away, and will be hung around the necks of all of Shawn Williams supporters and fellow Board of Supervisors members for the rest of the election season.Â  Every interview with a candidate will first revolve around the candidate’s views on Shawn Williams’ indefensible conduct.Â  It will undeniably have a negative effect on every republican candidate in Loudoun, who democrats will portray as helping to protect and empower Shawn Williams.

The Loudoun Board of Supervisors went after Eugene Delgaudio, stripping him of his staff, removing all funds to operate his office, and removing all of his committee assignments when Supervisor Delgaudio had done nothing wrong. They dragged him through the mud, said terrible things about him, and yet he was completely exonerated. He had never committed any crime. He had never been arrested for any crime. That is not the case with Supervisor Williams.

The upcoming stories from major media outlets will be in the news for weeks, if not months.Â  In the meantime, each of the supervisors running for re-election will be forced to answer why the board was quick to persecute Delgaudio when he had done nothing, while they are now content to sit on the dais with Shawn Williams who has had multiple convictions for drunk driving, who has first degree assault charges, and a history of violent altercations with neighbors and domestic problems that have resulted in multiple interventions by law enforcement. Every republican in Loudoun will be tainted by the actions of Williams. Republican candidates will be forced to defend Williams as long as he is in office, sharing the dais with them. Democrats will we screaming about the Republican War on Women and accusing the party of being soft on drunk driving.

It’s never a good thing when an elected official has to resign from office because of their behavior. We take no joy in what this means for those involved.Â  Our party and our candidates—not to mention Shawn and those close to him—will suffer because of his conduct, and the only way to lessen that suffering is for Williams to go now.

Republicans must show that we do not condone the repeated threats to others’ lives displayed by Williams’ repeated bad behavior.Â  It brings us sadness to say this, but Williams must resign and get the help that he needs for his drinking and anger problems.Â  He needs to do the right thing and resign for his fellow board members and his party.

Chairman Scott York's Poor Decisions and Judgment Effect All of Us - The Bull Elephant September 8, 2015 at 9:00 pm

[…] the news of Shawn Williams’ background broke last February, we called for his resignation from the board, as did many others.Â Â Scott York said no. Â York controls the board of Supervisors and he would only permit Shawn to […]

[…] February The Bull Elephant called for Williams to resignÂ when we learned of his past abuse of a girlfriend, assault on a neighbor, and four DUI charges. […]

[…] Earlier in the year Williams was running for chair until revelations about his past caused him to abandon his candidacy.Â Â  It seems Williams has had a change of heart and has re-entered the race as an Independent against […]

It would be completely different if the charges were old and nothing recent occurred. Problem is several fold. One, if that information would have surfaced in ’11, it would have resulted in a diff board member. It was not disclosed to anyone, including those in his camp. Two, things keep surfacing–there have been several calls to his home and whether its drinking or anger issues or a combination, there are problems in the background. Third, its not all about Shawn, this is not the Shawn Show–we, as a Party, have much larger problems than Shawn’s person demons. But, I don’t see any way Shawn can promise to keep those demons in check until November. One call by a neighbor because there is an argument overheard, one picture of him this summer with a beer in his hand (or a nosy neighbor seeing him drinking and then popping in his car and the cops are called)–this situation will be right on the edge until November and a potential problem waiting to rear its ugly head for any contested republican candidate. And, this says nothing about what and how the democrats can or will use this situation. “Look, the republicans go after Eugene for something he was exonerated for but a guy who drinks and drives and hits women, they don’t touch.” Not good for the party or candidates moving forward.

Shawn has been given the opportunity (time and suggestion) to resign on his own accord but apparently, as occurs with many who have a drinking or anger/temper problem, there is an internal fight with denial. By remaining on the BOS, to me, that presents as denial of his past as a problem or that continuing until Nov will tarnish the party or candidates.

Also, while I respect him, there is also the fact that he trusted a reporter with a draft statement disclosing never before disclosed criminal charges and criminal actions? What the hell was he thinking? Reporters are not your fiends, they are predators and he gave them a piece of raw meat. They want more.

I was under the impression that these charges had all been disposed and the DUI charges were fairly old and prior to his service on the board. I’m not defending any behavior on the part of Mr. Williams here but the way I interpret your comments you could assume that there are still outstanding counts not adjudicated. Is that indeed correct? The associated Loudoun gossip mill has vaguely implied the same thing and his former primary opponent Charles King, now unopposed, has stated dropping out was the right thing to do (big surprise there). Exactly how long ago did these events actually occur and how were they disposed?

The MSM will be answering your question shortly. I do not want to go any further than I have in this post.

That is your prerogative of course but you are demanding a resignation in your comments.

Lawrence surely you can read a bit between the lines. He was charged with first degree assault on a woman. He’s had numerous domestic calls to the police. He punched a neighbor. Four DUI convictions. How much more explicit do I need to be? The story will soon be in the Post and no doubt that story will be more detailed and more graphic. I continue to hope that Mr. Williams resigns before that happens. I did not want to sensationalize the story any more than necessary but wanted to convey the urgency for action by the board of supervisors.

Just because a charge did not go to trial does not mean it didn’t happen. Many times people change their minds and do not want their significant others prosecuted. I’m sure you are aware of such circumstances.

Not trying to kick a dead horse here but if I understand the Loudon rules correctly he was toast the second he dropped out of the race for chairman, he can’t run for his existing seat again in November and is therefore a lame duck until that Broad Run seat is filled and unless there are new unresolved charges he’s going to be a millstone regardless, so in lieu of new counts, isn’t it reasonable to let him serve out his term and then he is history. I am a county over so I admit I don’t grasp the ticking time bomb issue that is why I was curious as to when the last of these incidents occurred. Regardless I’m not a Loudoun resident or voter and don’t really have a say in it anyway. So I will just shutup.

It will be a stone around the neck of all Republican candidates. They will all have to explain why they worked so hard to get Supervisor Delgaudio off the board but have done nothing to censure Supervisor Williams.

Perhaps because it’s a difference of current news vs historical archives?
Or did they even know about this sludge being brought up about Williams before now?
And does it have to do with his actual office like Delgaudio’s cloud was about?
Seems to me that tsk-tsking him as you turn your back on him and hold your nose for the next 10 months should be enough, being satisfied with his commitment to only finish out his term.
Unless there’s something contemporary to censure him about.

Dude, Shawn Williams is the Chris Brown of Loudoun County. He beats up women – what else do you need? Beating up women isn’t a “youthful indiscretion.”

It will be interesting to see if the other board members censure Supervisor Williams and strip him of his office funds since he could have killed people driving drunk and was beating up voters. What did Supervisor Delgaudio do? Use the wrong stationary?

We have to hope our board of supervisors will do the right thing. So far they haven’t. I suspect by the end of this weekend they will be forced to take action.