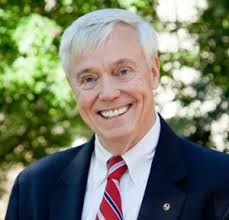 Taking Another Look at Bill Howell’s Record on Social Issues

In 2013, Speaker Bill Howell pushed through the largest tax increase in Va history.  Politifact rates mostly true, the claim that he was the force behind three major tax increases in the last decade.  Speaker Howell’s record on fiscal policy is not encouraging.  Another look at his record on social issues also reveals some interesting facts. [read_more]

How does a pro-life Republican oppose a partial birth abortion ban with near universal Republican support? It makes you wonder.

Bill Howell One of Top Recipient of Funds from Equality VA

One has to wonder, what was it about Del. Howell that Equality VA felt they should give him money?  Why did he accept him?  Were concerns over Howell’s lack of willingness to defend the marriage amendment against Mark Herring related to these donations?

This is just some more information worth taking into account when considering who to support in the delegate race.

Bill Howell has a long history of saying one thing and doing the other.

He voted against a ban on infanticide in committee and only voted for final passage for political cover.

It should. In 2003 Howell voted against Warner’s billion dollar tax hike after clearing the way for it to get to the floor where he knew it would pass.

Howell is the kind of Republican who thinks the second amendment and protecting life are divisive social issues the GOP should run from to focus on pretedng to be fiscally conservative all while raising taxes and exploding spending.

Time for a change

This is a pretty weak and misleading piece that impugns Howell for a vote taken in committee thirteen years ago when he ultimately voted in support of the bill and has consistently voted for several other bills like it. Like Stephen says, there could be many reasons he would have voted against it in the committee while still supporting the final bill and being committed to ending partial-birth abortion. It may be that he wanted to hold off the bill until it was amended, to strengthen it’s provisions or increase its chance of passing. Bill Howell voted for the partial-birth abortion ban in 1997, 2002, and 2003. He’s voted for tougher regulations on abortion clinics, including the ultrasound informed consent law that passed in 2012- the one that liberals and a few moderate Republicans balked at. He is 100% pro-life. His lifetime NARAL-VA rating is 1.75%. As for the donations from Equality VA, $6,000 in donations was made to the Dominion Leadership Trust PAC, a leadership PAC used to support the House Republican Caucus. Speaker Howell has in return used to build a Republican supermajority that Equality VA now wants to defeat. Howell has a record that the pro-life movement can, should, and is proud of.

I wouldn’t want to be seen as promoting a “competitor blog,” but Shaun Kenney has written a solid rebuttal to this over at Bearing Drift. http://bearingdrift.com/2015/03/24/of-course-bill-howell-is-pro-life/

Nothing solid about a blog where one has to agree with the status quo, or be banned.

Free speech exists in the Constitution, but not BSDrift. It was a far better blog while Shaun was “officially” busy screwing up the Republican Party.

I know of no better place where one can find out what is wrong with the Republican Party than BSDrift.

[…] my good friend Willie Deutsch writes over at The Bull Elephant about how Howell simply has not stood next to his pro-life bona fides, in part because of his […]

Well I guess this explains why the house bill supporting independent counsel to defend our Marriage Amendment when Herring wouldn’t died in committee.

Herring was elected in 2013. Took office in 2014. The most recent donation from Equality Virginia occurred in 2012.

Check your facts and try again.

Sorry, that doesn’t cut it. An issue group isn’t going to give campaign contributions to a legislator for seven years in a row if they don’t have a good working relationship and common ground.

This proves Howell is someone they appreciate working with. Remember when he voted for gay activist Judge Thorne and pressured other members of the caucus to do the same?

Real principle is turning down the tainted contribution and sending the check back. Howell raises more than enough money, it wouldn’t have broken his budget. He can’t claim necessity. He eagerly cashed those checks not caring who he was working with. Just like he doesn’t care about working with more Dems than Republicans to raise our taxes in 2013.

They didn’t give it to a legislator. They gave it to a leadership PAC. They also gave a laughably small amount. You don’t know why they gave the money, and your speculation is completely meaningless.

The only thing this proves is how little material Howell has given his critics to work with on this issue.

What an egregiously (and I have to believe intentionally) misleading article. Willie, I don’t often say this but you really, really ought to be ashamed for this absurdly weak attack.

You offer only TWO points of “evidence”, and these points are incredibly specious at best.

You point to a committee vote thirteen years ago… nevermind that Howell voted for the bill’s passage! How do you not include the final floor vote unless you’re purposely trying to twist the facts? What’s even more galling is that you’ve worked as an L.A. You know there are reasons to vote “yea” or “nay” on something, especially in a committee hearing, even if you support the intent of the bill. Marshall even amended his bill before bringing it to the floor. Did you even attempt to reach out to Howell to understand his vote? Of course not.

Having Howell’s vote for passage on the floor of the House, how in the hell could you possibly walk away with the impression that he’s opposed to partial birth abortion? The only thing it makes me wonder is how strong Bill Howell’s pro-life record must be that this is the only thing you could point to. Absolutely ridiculous.

As for the donations, first and foremost you know as well as I do that the Dominion Leadership PAC is NOT Howell’s personal account, its the leadership PAC used to support candidates all over the Commonwealth. You link to information that clearly shows that Howell’s leadership PAC (not his personal committee) was the recipient of a whopping 2% of Equality VA’s donations. More importantly, you fail to point out that Equality VA doesn’t rank in the top 250 donors to the leadership PAC.

As for why they gave money in the first place, who knows. Equality Virginia supports some bills that have bi-partisan support, such as anti-bullying laws. Did you reach out to them and ask? Of course not.

The worst thing about this is I spent a total of two minutes looking this shit up. You easily could’ve done the same. In fact, I have no reason to believe you didn’t do the same, but purposefully left out information in order to paint a grotesquely misleading picture. If you oppose Speaker Howell for re-election, fine. Don’t twist facts to get there, though.

If people are reading this and trying to take things into account for who to support, they should take into account how little substance there is in these attacks, and question the judgment of those who thought that this would withstand even the slightest bit of scrutiny.

Perhaps conservatives might want someone to represent them who doesn’t have to parse his votes with legalese and who shares their values better. There is plenty to question on this front with Howell’s record.

He is a recipient of money from Equality VA. Obviously they expect something from him. He voted against the ban on partial birth abortion. He was obviously opposed to it or he wouldn’t have voted against the desires of the people and the other delegates. The majority of people of the state of Virginia support a ban on partial birth abortion. Howell did not agree with them.

You know what happens when you assume, Jeanine. The amount of money they’ve given is so small, there is absolutely no reason to believe it is based on any “expectation.” Your speculation is meaningless.

I’m going to say this next part in all caps. Please be fore-warned.

HE VOTED FOR PASSAGE OF THE PARTIAL BIRTH ABORTION BAN.

The rest of what you’re blathering on about is both wrong and moot.

Speaker Howell has a lot of critics over his record. This post adds zero legitimate points to add to them.