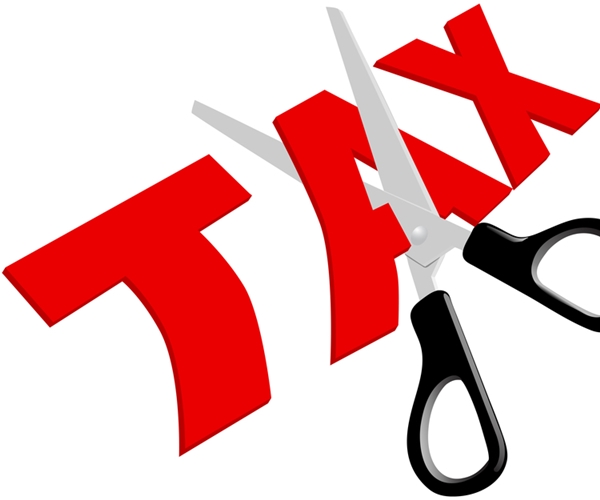 Tax Cut Benefits Speak for Themselves

Heading into the 2018 midterms, Republicans have made it their mission to communicate the positive effects of the federal tax cuts. Contrary to what Democrats and their media allies claim, the tax cut benefits speak for themselves.

Let’s take a look here in Virginia. Many Virginia residents and business owners are already seeing greater take-home pay. Throughout the Commonwealth, both small and large businesses have announced they will raise wages, increase benefits, and distribute bonuses to employees. Huntington Ingalls Shipping announced the other week that almost all employees will receive a $500 bonus. Similarly, Nexus Services in Verona raised all employees’ salaries by five percent. Nexus further stated that it will hire an additional 200 workers by the end of this year.

These are just a few local examples here in Virginia. Throughout the rest of the country, over 400 businesses, amounting to more than four million employees, have already benefited from tax cuts. These examples include everything from the mom-and-pop store in upstate New York which (thanks to tax cuts) can now afford to hire an additional employee, to numerous large corporations such as Walmart, who has increased base pay for all hourly employees.

What’s even more amazing is this has all occurred in the roughly three months since the passage of the tax cuts. I’m sure this is just the beginning of what will mean more job creators reinvesting in their businesses and rewarding their employees. But right now, it’s time for Republicans to show their constituents that the tax cuts are accomplishing what they were intended to do—reduce the tax burden on America’s job creators and create jobs.

Virginians and other Americans must disregard the Democrats’ lies about free-market policies. Recently, House Minority Leader Nancy Pelosi (D-CA) was quoted saying that the savings from tax cuts will only amount to “crumbs.” Well, Mrs. Pelosi, for the average married couple making $85,000 annually, their savings will amount to roughly $2,250 a year. This equates to over $180 a month! That’s a large chunk of change that could be spent on such things as groceries or daycare costs for the family.

But in today’s world, the liberal media perpetuates the narrative that tax cuts only help the top one percent of taxpayers. Well, the millions of working Americans reaping the benefits beg to differ. And Americans are increasingly seeing the writing on the wall, despite the media’s best efforts. According to a recent New York Times poll, more than half of Americans now approve of the tax law.

Why? Because they’re seeing bigger paychecks and generous bonuses.

Bitter Democrats—none of whom supported lower- and middle-class tax relief—and liberal media pundits will continue using their misguided talking points to mislead the public about tax cuts. Don’t listen to them.

Instead, listen to your neighbors and that small business owner down the street. They’ll tell you that the tax cuts are working.

Originally published at the Loudoun Times-Mirror

A scam and a lie. Terrible time for tax cuts………..the economy is healthy, that is not the time for tax cuts. And if it was the time, the $1.5 trillion that we are borrowing should go to the middle class, the poor and direct investments in roads, bridges, education, the environment, etc. Instead, we are borrowing to give money to the rich and successful corporations. Fails every economic test and it is shameful.

Tax cuts are always well worth “trumpeting” (pun intended) and communicating but when the Republican majority then turns around and produces a $1.3 trillion plus pork laden omnibus budget bill (restricting full content disclosure to it’s own membership!) that will generate $1 trillion a year in national deficit debt and which Minority leader Nancy Pelosi crows is a major “win” for the Democratic Party’s budget priorities what has actually changed from the establishment Republican budgetary groveling during the Obama years?

Does Paul Ryan and Mitch McConnell think no will notice or pay attention? It will be interesting to see if President Trump spends the political capital to veto this mess and fall back to yet another short term funding resolution or even face the consequences of a federal shutdown. To many in the Republican Congress still continue to actively work against the best interests of the American population.

Agreed, Mr. Whitbeck. They speak for themselves in multiple ways, from rising interest rates to unprecedented deficits:

It didn’t take long for the U.S. to rack up another trillion dollars of debt, Latest $1 trillion jump took about six months

It has taken a little more than six months for the U.S. national debt to grow by a trillion dollars, a quick clip that has little precedent over the nation’s recent history.

Last week, the debt hit $21 trillion for the first time, rising from the $20 trillion mark it notched on Sept. 8. The debt is guaranteed to go higher, with President Donald Trump having signed a debt-limit suspension in February, allowing unlimited borrowing through March 1, 2019. Economists expect wider deficits to result from the tax cut Trump signed in December.

While a trillion-dollar increase over roughly six months isn’t unprecedented —there was one in 2009, during the Great Recession, and another in 2010 — it’s certainly fast.

Farther back, however, such trillion-dollar increases took longer: 43 months, for instance, near the end of Bill Clinton’s first term. The first time the nation’s debt hit $1 trillion was in October 1981, during Ronald Reagan’s first term.

Lookingahead, analysts see the nation much deeper in debt. The Committee for a Responsible Budget projects trillion-dollar deficits returning permanently by next year, and debt exceeding the size of the economy within a decade.

I am sure the tax cut will help my family but we are frugal so that’s not going to be felt.
Still not going to buy a new truck.
I did hire two new guys before the cut.
I do expect to hire more this summer probably not permanent. I chalk up the uptick in new homes to other people’s inferiority in quality combined with the desire for some customers to have American built homes.
The Americanism sediment is genuine and I am able to articulate to customers the issues with our Genetal Assembly , white collar contractors combined with lumber companies install services for their labor places a Tradesman Home Builder in a larger growing niche in the industry.
It is nice to speak freely to the gentlemen about the short cummings in legislature when it comes to illegal contracting.
Tax cut good
Ineptitude in the Swamp GREAT plus the honest man non threating.

The immigration boondoggle comes full circle.
So your thinking of buying ?
Ask your homebuilder to provide you license numbers of his subcontractors.
Look at the Homebuilders Association site ,
pretty Corporate. I wonder how much they contribute to Campaigns.
No golf for me, you can find me onsite, accessible.
There is a Lynchburg Roofing Company who does well posting these things on their site.

I had surplus retail space vacancies that grew after Obamacare went into full effect. After the Tax cut was announced, 13 available spaces are mostly leased out and mostly on longer term leases. Coincidence? I don’t think so.

If they speak for themselves, why the article? This pitch failed in PA and will continue to fail elsewhere. The electorate can see through the smoke screen.