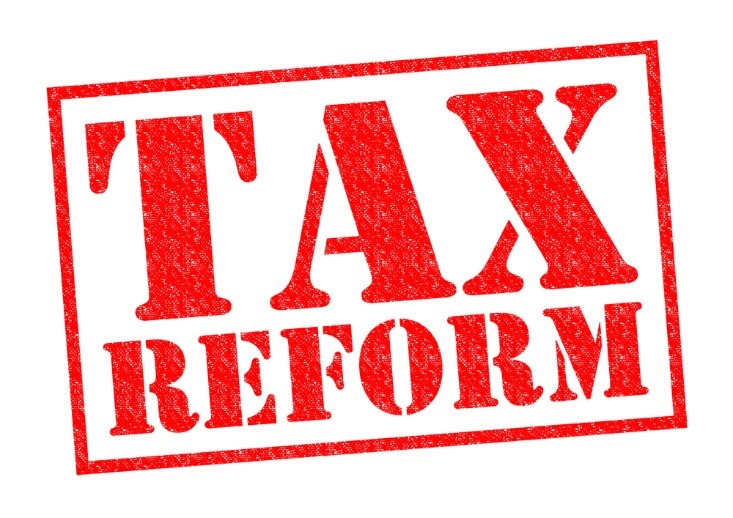 Tax Reform is not Negotiable

After the abject failure to repeal and replace Obamacare, Congressional Republicans have one last shot to accomplish something that truly benefits the American people and our nation’s economy: tax reform. Let’s just hope their effort to fix our nation’s broken tax code doesn’t result in the same letdown as the health care vote did.

I’m not unsympathetic to the challenges Republicans face. Passing legislation is incredibly complex and there will always be obstacles to contend with—whether from the opposition party or internal conflicts within the Republican Party. But let’s face the facts – Republicans have solid majorities in both the House and Senate, as well as a supportive Administration and Supreme Court. There is simply no excuse for failure anymore.

Failure to enact tax reform will cripple America’s small businesses, many of which are struggling to stay operational, much less competitive. Our current tax code is too complicated, long, and biased toward large corporations. Between having the highest corporate tax rate in the industrialized world (35%) and contending with state corporate taxes, many small businesses end up paying ridiculously high rates (up to 40% or more).

Unlike their large, multinational counterparts, small businesses here in Virginia and nationwide are not able to simply absorb the costs of tax preparation or take advantage of tax loopholes to lessen their burden. Instead, they must divert resources that could otherwise be used to expand their business and create new jobs. It’s quite frankly untenable and something must be done to address this fundamental imbalance soon.

It is time for Republicans to come together—conservatives, moderates, everyone—to support tax reform that lowers corporate tax rates and makes America’s small businesses competitive again. It all starts with passing a budget in September, so let’s get the job done and get it done right.

Meg Graham is a US Army Veteran, homeschool mother of four and proud grandmother. She is a former Regional Field Manager here in the Commonwealth with Americans for Prosperity, Assistant Field Manager for Shak Hill for US Senate Campaign, and former Secretary of Stafford County's Republican Committee. Born and raised in the Commonwealth of Virginia, Meg has been involved in her community and the state since her youth.

Republicans have the majority, yes. But by proclaiming that they hold a “solid majority in both the House and Senate, as well as a supportive Administration and Supreme Court”, the author fails to face reality. Republicans do not have a large enough majority to pass legislation without the support of a handful of democrats. And the democrats are United in their goal to prevent Donald Trump from signing any legislation into law.

Even if legislation were written that provided everything the democrats wanted, including large tax increases on the rich, there would not be a single democratic vote to approve it. Any legislation that Trump campaigned for will be denied.

Of course, this is no way to govern, and puts party before country, but as long as the Senate requires. 60 votes, it is reality. The Democrats will deny Trump any legislative victory, even if it means voting against their own principles.

Backwards, opposite thinking again! $20 TRILLION IN DEBT SOUND FAMILIAR? Nearly $1 BILLION EACH DAY IN INTEREST ALONE. No, small and large business are not paying enough taxes. If they were, then why are we carrying that kind of debt? Small businesses are almost 100%, if not 100%. all tax cheats. It’s time American business, both small and tax starts paying their fair share.

You people have lost your minds. Congress and the White House are dysfunctional. Nothing is going anywhere. The crooked ass media and government are imploding.

This article is just more proof of how stupid and corrupt this country is. Yea, just act like we don’t have a care in the world, don’t owe a nickel. Let’s make Kim-ba-ya the national anthem, how’s bout’ it.

Businesses cannot compete with a tax rate that is almost double that of the rest of the world.

(PS: If you believe 100% of businesses cheat on their taxes, it makes me suspect you cheat on yours.)

I run a small business and I am quite careful to be precise on taxes because my credibility is essential to my business. A single complaint of illegality, no matter how untrue, can derail decades of good business practices. Mr Portugal hasn’t a clue, all he is doing is ranting.

If the Republican Congress can’t stand for tax cuts, then why have our GOP Congress

Why? So Queen Jeanine can have others do her nails, hair, laundry, and cooking for her. Oh, almost forgot, and make coffee for her also. That’s why.

About them illegals in Loudoun County????

What does one have to do with the other? Jeanine will be here no matter which party holds the power in Washington DC.

So the truth comes out. You hate small businesses at least as much as you hate republicans.

Dude…you’re mental. Stop. Instead, start making sense. I’ve seen you do it, so I know its possible.

Steve, try to remember that the Loudoun/NOVA lifestyle is somewhat like life on another planet to some of the people the Republicans or Democrats need to win election.

People who basically ride around in a BMW or Mercedes with the top or windows down, hollering out for a tax cut for themselves, SS cut, Medicaid cut, no healthcare for the middle-class, more endless wars to be fought by the middle-class and poor, are not doing the Republicans any favors. You cannot win statewide in Virginia without me.

And, for those who believe in Scripture, bringing immigrants into another country is in direct conflict with the Bible. Genesis 11: 1-9. It was the Lord who gave different languages and scattered people to all corners of the earth. That is still what is best, and always will be. But, if one doesn’t believe in God, well, look just at the mess we have.

Tax reform? But what about antifa? Antifa, antifa, antifa! We need to stay focused. They want to dismantle the US government and its constitution. How could you be talking about tax cuts, health care or Russians when there is antifa like a wolf at our door? Oh, ye, of mistaken priorities.

I can walk and chew gum. Apparently you can only do one at a time.

Resemble that remark, do you? Took it personally, did you? Good. After the past week or so there was good reason to wonder.

So which is worse in your broad experience and education: MS13 or antifa?

And can you acknowledge that while you may be able to walk and chew gum at the same time, the news cycle is limited and while we’ve been discussing antifa for weeks there’s been less and little discussion of the need to print POTUS more money, renew the health care discussion, etc.?

Who cares which is worse. Both are violent criminal organizations with terroristic behaviors.

And, by the way, I find the behavior of the republicans in congress repugnant.

You can be sure they feel the same way about your hatred and bigotry. I give you a tenth of the crap you throw my way. You deserve ten times more.

Good luck with that. When even Walmart is scrambling to stay competitive what possible chance does Mom and Pop have to stay in business?

There are many other types of small businesses. I had dinner in one tonight and yesterday took my clothes to the cleaners, another small business. My hair and nail shops are also small, family owned, businesses. Tomorrow I’m going to my local coffee shop. And of course we all love local bakeries and BBQ’s. Lots of small business all over the Commonwealth.

Now that Joe Arpiao has been pardoned, perhaps Loudoun County should hire him to come in and clean up the illegal immigrant problem.

Or, maybe I would vote for Ed Gillespie if he promised to put Joe Arpiao in charge of the State Police. Wouldn’t have to worry about having another Charlottesville with Joe on charge.

Arpaio is the Dreyfus case repeated. Fortunately, the injustice of a politicized crime was stopped but had Hillary been president, arpaio would have gone to jail to satisfy the howling mob of leftists.

The Dreyfus Affair was a political scandal that divided the Third French Republic from 1894 until its resolution in 1906. The affair is often seen as a modern and universal symbol of injustice, and it remains one of the most notable examples of a complex miscarriage of justice. The major role played by the press and public opinion proved influential in the lasting social conflict.

The scandal began in December 1894 with the treason conviction of Captain Alfred Dreyfus, a young French artillery officer of Alsatian and Jewish descent. Sentenced to life imprisonment for allegedly communicating French military secrets to the German Embassy in Paris, Dreyfus was imprisoned on Devil’s Island in French Guiana, where he spent nearly five years.

Evidence came to light in 1896—primarily through an investigation instigated by Georges Picquart, head of counter-espionage—identifying a French Army major named Ferdinand Walsin Esterházy as the real culprit. After high-ranking military officials suppressed the new evidence, a military court unanimously acquitted Esterházy after a trial lasting only two days. The Army then accused Dreyfus with additional charges based on falsified documents. Word of the military court’s framing of Dreyfus and of an attempted cover-up began to spread, chiefly owing to J’accuse, a vehement open letter published in a Paris newspaper in January 1898 by famed writer Émile Zola. Activists put pressure on the government to reopen the case.

In 1899, Dreyfus was returned to France for another trial. The intense political and judicial scandal that ensued divided French society between those who supported Dreyfus (now called “Dreyfusards”), such as Sarah Bernhardt, Anatole France, Henri Poincaré and Georges Clemenceau, and those who condemned him (the anti-Dreyfusards), such as Édouard Drumont, the director and publisher of the antisemitic newspaper La Libre Parole. The new trial resulted in another conviction and a 10-year sentence, but Dreyfus was given a pardon and set free. Eventually all the accusations against Dreyfus were demonstrated to be baseless. In 1906 Dreyfus was exonerated and reinstated as a major in the French Army. He served during the whole of World War I, ending his service with the rank of lieutenant-colonel. He died in 1935.

I do everything possible to shop small local businesses. They are at a great competitive disadvantage in far too many instances but the personal touch and occasional help out of the norm creates a loyal customer.