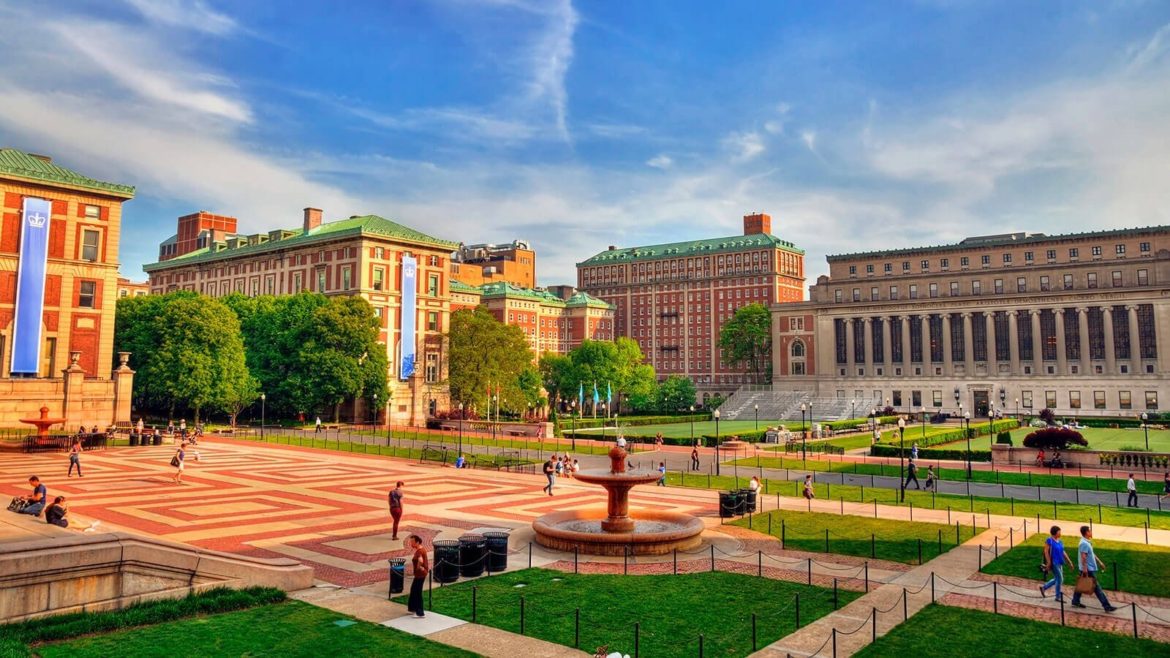 Taxpayers on the hook for scams by progressive colleges

“Columbia and other wealthy universities steer master’s students to federal loans that can exceed $250,000. After graduation, many learn the debt is well beyond their means,” notes the Wall Street Journal.

The Journal reports on Columbia University’s Master of Fine Arts Film program, one of the worst examples, in an article titled “Financially Hobbled for Life: The Elite Master’s Degrees That Don’t Pay Off”:

Recent film program graduates of Columbia University who took out federal student loans had a median debt of $181,000.

Yet two years after earning their master’s degrees, half of the borrowers were making less than $30,000 a year.

Trending: Move over, Jan. 6: A new worst threat to democracy since the Civil War has emerged

The Columbia program offers the most extreme example of how elite universities in recent years have awarded thousands of master’s degrees that don’t provide graduates enough early career earnings to begin paying down their federal student loans. … Recent Columbia film alumni had the highest debt compared with earnings among graduates of any major university master’s program in the U.S.

Columbia is one of America’s most progressive universities, and one of the richest: “Its $11.3 billion endowment ranks it the nation’s eighth wealthiest private school.”

It is now graduate students, not undergraduates, “who are accruing the most onerous debt loads.” That’s because “the federal Grad Plus loan program has no fixed limit on how much grad students can borrow.” Its “no-limit loans make master’s degrees a gold mine for universities, which have expanded graduate-school offerings since Congress created Grad Plus in 2005.” As a result:

Highly selective universities have benefited from free-flowing federal loan money, and with demand for spots far exceeding supply, the schools have been able to raise tuition largely unchecked. … Universities, which receive their tuition up front, have an economic incentive to expand graduate degree programs and face no consequences if students can’t afford to pay the federal loans after they leave.

As Columbia graduate student James Stoteraux notes, “There were 55 students in my incoming class at Columbia’s MFA Film program. Only 4 of us ever managed to make a career out of it. And of those 4, one guy dropped out the first semester. Funny enough he’s the most successful one having co-directed Avengers Endgame.”

But as Ian Lamont of Lean Media observes in a tweet, “a graduate financing program enabled by Congress ~15 years ago basically lets Columbia charge whatever it wants and get paid up front. Students are on the hook for hundreds of thousands; if they can’t pay it off taxpayers are on the hook.”

Even students who can find jobs after graduating often dump much of their massive student-loan debt on taxpayers. Once out of school, the students enroll in an income-based repayment program, in which the federal government forgives all loans after 10 or 20 years. This “Pay as You Earn” program allows eligible student-loan borrowers to cap monthly payments at 10 percent of their discretionary income, and have their remaining federal student loans forgiven after 20 years — or just 10 years, if they go to work for the government.

Stoteraux describes how little he got for his tens of thousands of dollars in annual tuition at Columbia: “During my 2nd year I suspected that the school wasn’t providing a launching pad to a career — most of the instructors were struggling to establish a career themselves & many weren’t even much more experienced than their students. A 4th yr student taught our cinematography class.”

After getting their MFAs, his classmates, unable to find jobs as filmmakers, sometimes ended up “teaching … in MFA programs.” So the MFA programs became a never-ending cycle of failure, in which people who already have the useless MFA degree help transmit it to others who spend a fortune on the degree.

The brass ring the program dangled was that your film could be chosen for the annual festival where, in theory, big-time agents would see it and maybe sign you. But it was cutthroat to even be selected for the festival. And tuition didn’t cover the cost to make those films. You were on your own to pay for them. … Students were going into debt to the tune of 100K to make films with the hope that they might maybe have a chance to be seen by a CAA agent.

Not having the money to make a film, I switched to writing. I teamed up with a friend to write a screenplay that we hoped could be our calling card. … Within a year, that script sold — not because of anything my fancy school did, but because randomly I met a producer’s assistant who offered to read it, liked it, & championed to his boss.

I was officially a working writer, but I was still 2 credits shy of getting my degree. I asked if there was possibly a way I could finish my degree while in LA starting my career. But Columbia was offended by the request and refused. So I dropped out within 2 credits of MFA.

After Stoteraux became successful, the MFA program wanted him to speak to its students. In exchange, he wanted Columbia to allow him to finish his degree. But the Chair of the MFA program would only do so if he provided a special favor to the Chair himself: “The Chair began pitching me his idea for a TV pilot. In excruciating scene-by-scene detail. … He made it pretty clear if I wanted my degree, I needed to help him sell his tv pilot. Yep, the Chair of Columbia’s prestigious graduate film program tried to shake me down in order to jump-start his own stalled out career. … I still don’t have my MFA. That Chair is no longer the Chair, but still teaching there. And to my knowledge, they never sold their pilot.”

Taxpayers on the hook for scams by progressive colleges was last modified: July 15th, 2021 by Guest Contributor Hans Bader

The student debt problem is a consequence of failed federal policies. Universities are incentivized to laden kids with debt. Lacking any sort of moral compass, these soulless institutions crush an enormous number of young adults. This article is about the kids that finish. But, far more don’t ever finish college and are saddled with student loan payments and don’t have a degree. Drop out and you are screwed. Finish and you are screwed. It is a win-win for colleges.

In the end, this all funnels money to liberals which is why they put the policies in place. Students are just their pawns.

We need to bring back bankruptcy for college debt if graduates are unable to find decent jobs several years after leaving college; and we need to claw back a significant portion of the discharged debt from the colleges. If colleges had skin in the game, then they’d be much less likely to offer junk degrees and much more likely to work hard to help graduates find gainful employment.

Yes, indeed. If students could include student loans in bankruptcy, we would see a lot less student debt and, as you said, colleges should be forced to pay back a portion of the debts that are discharged.

Any one with a brain knows college education in the USA has dubious value, the schools are running a scam and getting away with it, SAD.

why don’t you Republicans pay attention to some important stories . . . such as this one about how you are purposely making people sick and killing them just to make Bidn look bad.

After months of sliding downwards, COVID-19 transmission rates are now beginning to creep back up. The reasons for the backslide given in the media are often biological — lots of talk about how the delta variant is more contagious, for instance — but this surge was much more political. From the moment that President Joe Biden stepped into the White House, Republican leaders have understood that he will be blamed if the pandemic isn’t brought under control. And so they’ve set out to sabotage his efforts by encouraging their followers to risk their own health and reject getting vaccines in an effort to get the COVID-19 numbers up.

You don’t realize that the situation is changing and that involves ever more data? While you are stuck on yesterday folks with a brain are moving forward with the trends and realities of the ever changing Chinese flu. The trouble with leftists like you is that you are so propagandized and indoctrinated that any change must be utterly resisted no matter how logical.

No one is forcing these students to sign up for basket weaving. Being an “artist” is all fun and games until you actually have to pay some bills.

It is.ashame that our schools don’t teach critical thinking. Simple facts and related reasoning would stop these go nowhere programs that lead to hopelessness. Unfortunately, a lot of these programs in other things like history and sociology have very little practical futures but lots of incurred debt. The fact that film making MFAs produce failure should be obvious based on that white supremacist math.

It’s not just a critical thinking problem. Too often, colleges hide crucial information from students, such as the total cost of a college education, the median income of graduates by major, the median debt level of students by major at graduation and in successive years, etc. With colleges withholding vital information from students, is it any wonder that students, particularly first-generation students, make poor decisions?

If you are going to spend a $100k, due diligence is important.